Amid a slowing economy and falling income levels, NBFCs are staring at fresh challenges. However, some are doing well 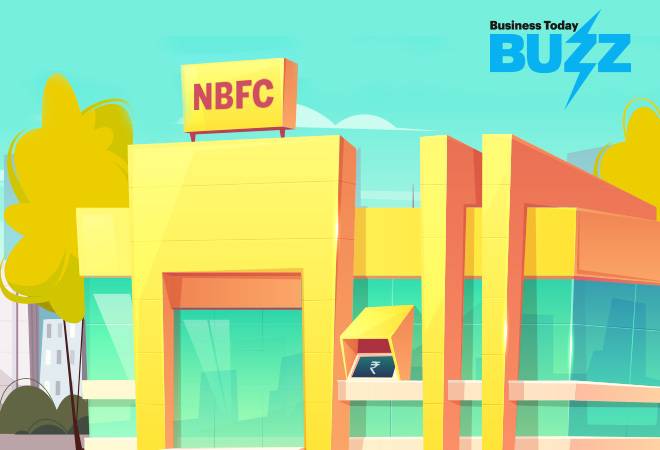 The new-age NBFCs are operating in niche segments where competition is less. These NBFCs are getting funding support, as their credit ratings remain the same.

The non-banking finance companies (NBFCs), or the shadow banks, were growing at a scorching pace until defaults by the infra financing non-banking financing company (NBFC) IL&FS hit hard the Rs 29-lakh crore NBFC industry. The NBFCs that grew at a faster rate by borrowing short-term and the ones that extended money to real estate developers to earn higher yields had a severe impact over the last one year. Dewan Housing Finance Corporation, Indiabulls, Piramal Capital & Housing Finance, Reliance Commercial Finance, Reliance Home Finance and many other NBFCs faced redemption pressure on their loans and also asset liability management issues. Not only did it become difficult for NBFCs to get loan rollover facility from existing investors (mutual funds, insurance, high net-worth individuals), but fresh money also disappeared. The liquidity shortages in the banking sector also impacted NBFCs. The non-banks are good vehicles for people who are unbanked or under-served by banks. Amid a slowing economy and falling income levels, NBFCs are staring at fresh challenges. However, some are doing well.

There are two sets of specialised NBFCs -- the new-age fintech players and the traditional NBFCs. NBFCs such as Kinara Capital (business loans) and NeoGrowth (online retailers, retailers with POS machine) fall under product specialisation. There is sector specialisation where NBFCs such as Avanse (education loans) and Indifi (merchant cash advance, invoice discounting etc) are present. Chennai-based Five Star and Jaipur-based Finova capital have geographical specialisation. There are also digital lenders such as Lendingkart and Capital Float. Among traditional NBFCs, there are players such as Credila Financial ( Education) and Home Credit India (Consumer durable, affordable housing and micro finance). These NBFCs are operating in niche segments where competition is less. These NBFCs are getting funding support, as their credit ratings remain the same. Some have backing from strong promoters, who also bring in management bandwidth. The NPA levels are low. Let's look at the performance of some of these NBFCs.

Bengaluru-based Avail Finance is catering to the neglected blue-collar workforce such as cooks, drivers, maids and security guards. There are NBFCs such as LazyPay and Smart Coin that are offering loans to unemployed. Similarly, Early Salary provides short-term loans to those who consume their salary early and want to borrow money. "We have an anchor-based approach where we have clients such as OLA, Swiggy, staffing agencies and security guard companies, which helps us get access to their customer base," says Ankush Aggarwal, Founder of Avail Finance, a fintech platform that partners with NBFCs to co-lend to the neglected lot. Kinara Capital is another new-age firm that focusses on giving loans to small borrowers in the manufacturing sector without any collateral. "Banks and other institutions are not an option for many of our customers. These borrowers are looking for small ticket size loans of Rs 4-6 lakh without collateral. For them, banking processes cumbersome," says Hardika Shah, Founder & CEO of Kinara Capital. The current model for many new-age firms is of co-lending where they generate the lead and take care of credit assessment and collection. Similarly, a few NBFCs lend from their books. However, scaling up is a challenge for all these new-age NBFCs. Following are a few specialised players, which have achieved some scale and size in certain segments: 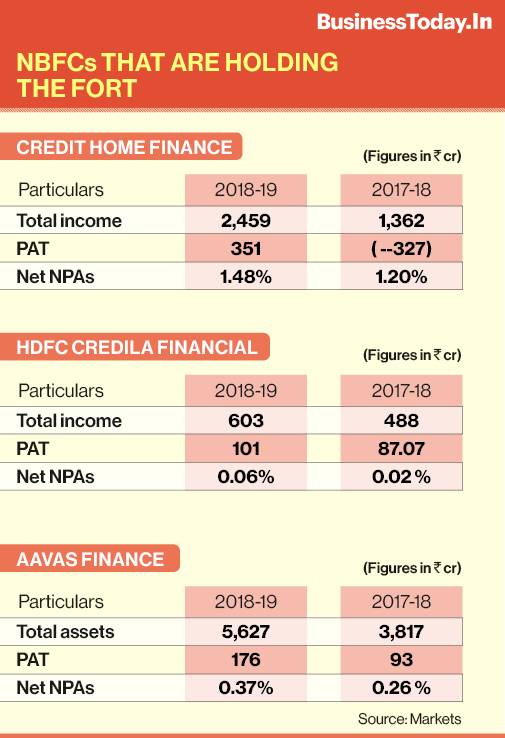 This is the newest segment that is attracting a lot of attention. Bajaj Finance is known in the market for tapping the potential of consumer durable financing by using technology and tie-ups with manufacturers. Banks have traditionally stayed away from low-ticket size consumer durable loans, but now they are exploring the segment either directly or through subsidiaries.

A Czech-based Home Credit India Finance is one such NBFC that had started with financing mobile handsets in India. The company has been growing robustly over the last five years. As they say, the proof of the pudding is in the eating. The NBFC turned profitable in 2018/19 with an income of Rs 2,459 crore and a net profit of Rs 351 crore. The company made a loss of Rs 327 crore last year. Many things are working right for the NBFC. First, there is a backing of a strong promoter. The group has also successfully tested the consumer durable financing model in large geographies such as Russia, China and Vietnam. There is also a ready credit line from the parent whenever the Indian unit needs money. Home Credit India has covered close to two dozen states, 200 cities with 30,000-plus sales outlets. Most of the business currently comes from North India. The company's ambition is to become a pan-India player.

While the NPAs are negligible, there are inherent risks in dealing with unsecured low-ticket size loans. In a slowing economy with job losses and low income, there could be a threat to its business model. The company is also using its mobile phone customer data to cross-sell personal loans, which are slightly higher in ticket size but unsecured. Competition is flaring up as Bajaj Finance and many private banks are aggressively expanding into consumer durable financing with a large network and low-cost funds.

Traditionally, banks have been into education loans but they couldn't scale up the business due to higher NPAs. Many suggest the segmentation of public sector banks was wrong, as they remained focussed on small ticket size loans. Many players including new-age fintechs such as Avanse Financial and Eduloans are bringing banks and institutions closer to borrowers.

HDFC Credila, acquired by mortgage giant HDFC, is the country's first education loan company. Credila is unaffected by the turmoil in the NBFC space. Over the years, the company never chased high growth despite strong support from the promoter. The focus always remained on running a sustainable profitable business model with moderate growth. The company has spent a lot of time in understanding the market, universities, monitoring the performance of existing loans and credit standards. This conservative approach, partly because of the owner HDFC, is paying rich dividends. In 2018-19, the company's total income jumped from Rs 488 crore to Rs 664 crore, while net profits increased from Rs 87 crore to Rs 102 crore. What differentiates Credila from other players is the single-minded focus on single product segment on a specific category, that is, students requiring loans for post-graduation courses abroad.

Unsecured nature of loans is a risk. A global recession could also affect adversely, as most students will be looking for jobs abroad. Currently, the NPAs are at a negligible level. Many suggest the continuation of the current management under Ajay Bohora and Anil Bohora, who are the brains behind the company, is very crucial. They are co-founders and MD and CEO of the company. While the company is growing at its own pace, the entry of other aggressive players cannot be ruled out. The technology has made it easier for new players to come in and disrupt the traditional players.

Affordable housing for all

A dozen of affordable housing companies mushroomed after the government provided incentives to the segment. The banks and other bigger players kept focussing on larger ticket size while there was a gap or need for financing low-ticket size home loans. Most customers belonging to low and middle-income groups was a risk when lending to this segment. While the business of home loan is risk-free as lending is backed by collateral, the challenges are there on funding or the liability side. The good part about many affordable players is that they did not give loans to developers, which were behind the existing NBFC crisis.

Headquartered in Rajasthan, Aavas Financiers Ltd is a good case study with its robust financial performance. The profits have jumped from Rs 58 crore three years ago to Rs 176 crore in 2018/19. The net NPAs are low at 0.37 per cent of advances. The company claims to have maintained an efficient risk management system. There is, however, a geographical risk as the bulk of the loan portfolio is concentrated in its home state Rajasthan. The company has to scale up its business in other states to de-risk the model.

Loans to micro and small entrepreneurs

Multiple players have mushroomed in the segment. Many fintech players lend by looking into GST returns and information available on social media. For instance, Tab Capital focusses on a niche segment of providing loans to micro and small entrepreneurs including professionals. The uniqueness of the model is the digital lending, which drastically reduces the operational cost. The company has innovative solutions for lending money. Take, for example, the company lends against the PoS machine transactions. The company's loan portfolio has grown from Rs 45 crore last year to Rs 142 crore in 2018/19. The scale is slowly building up, but the portfolio is largely concentrated in Maharashtra. Parijat Garg, senior vice president of CRIF High Mark, a credit information company, says microloans in the industry have maintained a low level of delinquencies. "The growth is primarily driven by higher ticket size, and not so much by new borrowers," points out Garg.