Even after investing in 4G, and designing a high-cost network around it, if BSNL and MTNL could not garner sufficient data customers, then the whole revival exercise would essentially be futile - a possibility that almost seems like a reality 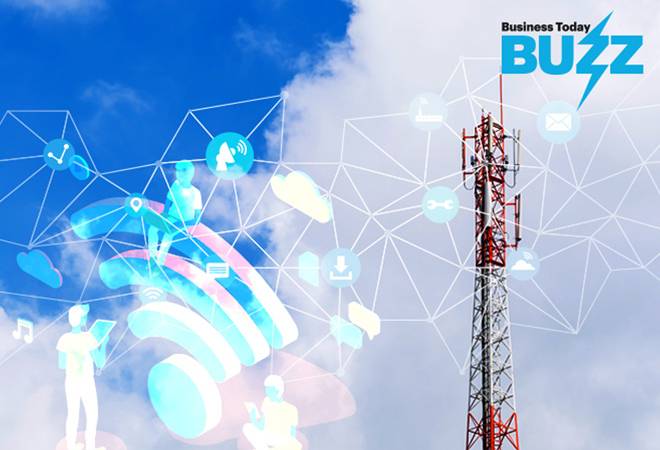 If 2019 was an eventful year for the telecom sector, the next year promises to be even more action-packed. The big events that took place in 2019 - AGR ruling of the Supreme Court, tariff hikes - are going to shape up the sector next year, and to a large extent define the fate of distressed telcos such as Bharti Airtel and Vodofone Idea. Many things are happening at the same time, so this might be a tough one to predict, but here are five prophecies for the telecom sector in 2020.

1) Duopoly: Will telecom sector be a two-player market?

Likely. The survival of Vodafone Idea, which posted record losses of Rs 50,992 crore in the September quarter, is largely predicated on the government's support, and the Supreme Court's reply on the review petitions filed by the incumbent telcos. So far, the relief from the government has come in the form of two-year moratorium on the pending spectrum payments. But that seems more like a notional gain than an actual succour. It's increasingly becoming clear that the government might not announce any more "bailout package" for the sector since it could result in similar demands being raised by other distressed sectors such as automobiles, steel, real estate and agriculture.

Although Vodafone Idea has denied reports of exiting the market, it's difficult to believe that it can continue to operate in the red long enough. As per Citi Research, the Vodafone Group has already committed to 'ring-fence' India from the rest of the group and not to commit additional capital. In a note to stock exchanges, Vodafone Idea said that it cannot confirm or clarify whether Aditya Birla Group is unlikely to bring in fresh capital into the company as it is not privy to such discussions and decisions.

The next two quarters are crucial for the telco, which is facing existential crisis after the Rs 53,039-crore AGR blow. Over two quarters, the effect of the recent tariff hikes would start to reflect on the financials of the telco, however, just hikes are not sufficient as the company needs a lot more - reduction in licence fee, SUC charges, lower subscriber churn, network upgradation and relief from SC - to continue as a going concern. Vodafone Idea has been posting losses for over three years, and losing subscribers in hordes - losing nearly 46.25 million subs in nine months to September. It's a no-brainer that the biggest beneficiaries of Vodafone Idea's fall is going to be Airtel and Reliance Jio - the two big boys who would manage to make it to the final round of the telecom battle.

2) Tariffs: Will there be more hikes?

Unlikely. The recent tariff hikes announced by telcos early December is in the range of 15-50 per cent. The much-needed hikes have come after over three years of wait, and have given a breather to the telcos. Though the mobile tariffs in India are one of the lowest, Indians still spend 1.1 per cent of their per capita income on telecom services, which is slightly higher than the global average of 0.9 per cent. Besides, the telcos are already witnessing downtrading (that is customers opting for lower value packs), and drop in consumption of data and voice as a result of hikes. Given that Jio is dictating the tariffs in the sector for some time, and its hikes (40 per cent) are lower than the incumbents, there are enough reasons for telcos to hold on to the current pricing for some time.

What's more? TRAI has floated a consultation paper to set up floor price for data and voice services following a demand from the industry. But TRAI's own stance is against the floor pricing mechanism.

Unlikely. In the 42nd AGM (annual general meeting) of Reliance Industries in August, its chairman and managing director Mukesh Ambani said that Jio's customer base has crossed 340 million users, and it's signing up more than 10 million new customers each month. "The potential for growth is immense, and half a billion customers is now well within our reach," he said. Although Ambani didn't specify the timeline to reach 500 million; there are speculations that the telco might touch this ambitious figure in 2020. But that seems unlikely at the moment. Why?

Let's look at the average run rate of its subscriber additions. Although Ambani said that Jio is adding 10 million subs every month, assuming that he's talking just about wireless subs, the actual number is quite short of it - 8.58 million to be precise. That's the number of subs Jio has added between September 2016 (the month of its commercial launch) and September 2019. At this run rate, Jio would be able to garner nearly 484 subs by December 2020.

Likely. The government seems to be hell bent on conducting the spectrum auction in 2020. Recently, the DCC (Digital Communications Commission), the highest decision-making authority in the telecom ministry, has given a go-ahead to spectrum auctions in March-April at the prices - Rs 5.22 lakh crore base price for 8,644 megahertz (MHz) of radio frequencies in nine bands - suggested by telecom regulator TRAI (Telecom Regulatory Authority of India) in August 2018.

DCC's decision is in line with the response submitted by the telecom minister Ravi Shankar Prasad last month in the Lok Sabha. The minister had said that the government is not planning to reduce the base price for the 5G spectrum.

Since most of the airwaves (to be sold) would be used for 5G, a technology which is yet to make a debut in the Indian market, there are reports that suggest that the high base price would result in lukewarm response to the auctions - much like the 2016 auctions when it could raise just Rs 65,789 crore out of the targeted revenues of Rs 5.63 lakh crore.

"We do not expect telcos to bid for 5G spectrum in the next 12-18 months. We think mass-scale deployment of 5G in India will pick up only when 5G achieves scale in China as it would lead to more affordable handset and equipment prices for 5G," said analysts at Bank of America Merrill Lynch in a report.

While the finance ministry has not factored in any spectrum auction revenues in 2019/20 budget estimates, considering that it didn't conduct auctions for the past two years, the proceeds from the auctions could help it contain soaring fiscal deficit. The recent government data shows that fiscal deficit in the first seven months through October touched Rs 7.2 lakh crore, which is 102.4 per cent of the budgeted target for 2019/20.

5) BSNL/MTNL: Will they survive?

Unlikely. Despite generous VRS (voluntary retirement scheme) to the employees that would bring down over staff costs, the proposed allotment of 4G spectrum, and the proposed plan to raise Rs 15,000-crore bonds for debt restructuring and network upgradation, the chances of BSNL and MTNL to revive and thrive in the current market conditions seem distant. How?

The problem with state-run telcos is that they want to compete with Reliance Jio, Vodafone Idea and Airtel. They are trying to get into a domain where the market has already been pretty much captured by the private rivals. BSNL and MTNL have historically been strong in the landline business whereas the private telcos have built expertise in wireless business. Now if BSNL/MTNL has to challenge them in the wireless domain with their own 4G services, the odds of success are quite high.

High-speed data consumers would not feel the need to shift to BSNL (or MTNL) if it starts 4G services tomorrow - unless those are offered at half or one-third of the current prices (which seems improbable).

Even after investing in 4G, and designing a high-cost network around it, if BSNL and MTNL could not garner sufficient data customers, then the whole revival exercise would essentially be futile - a possibility that almost seems like a reality.

BT Buzz: India's NBFC billionaires shrink from 9 to 3 in a year; promoter marketcap down 50%

BT Buzz: Why Vistara is better placed than IndiGo and SpiceJet to pursue long-haul dreams?