The fight on the ringing time duration began when Reliance Jio shortened the duration of its outgoing calls to 20 seconds, which the operator said is the global standard 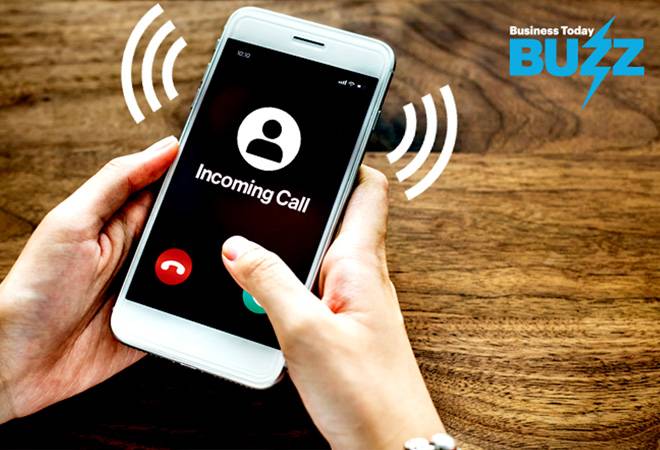 The ongoing fight in the telecom sector has reached the doors of the telecom regulator TRAI (Telecom Regulatory Authority of India) yet again. On September 16, TRAI released a consultation paper titled Duration of Alert for the Called Party that aims to deal with the issue of prescribing the ringing time for mobile calls. The TRAI paper covers most aspects related to the issue - scientific, real-life and international practices.

Although the paper has not taken stand in favour of longer or shorter ringing time, the paper does mention that the time duration was longer earlier mainly due to longer time taken in attending the calls on landline phones, which were not always close to the called person. But with mobile phones, users keep them in their proximity and can respond to the incoming calls much quicker. "Ringing or alerting for a long time, when called party is unlikely to answer the call, would led to non-optimal utilisation of resources," the paper said.

The paper also talks about drawbacks of bringing down the ringing time, which would affect the network performance in terms of Answer to Seizure Ratio (ASR). ASR is the percentage of the successfully answered calls to the total number of (incoming) calls attempted. An ASR of above 50 per cent is considered decent. A lower ASR, which can be caused by the lowering of ringing time duration, leads to higher customer dissatisfaction.

The fight on the ringing time duration began when Reliance Jio shortened the duration of its outgoing calls to 20 seconds, which the operator said is the global standard. But after huge uproar in the sector, especially from the Bharti Airtel, the telco reportedly raised the ringing time by 5 seconds (to 25 seconds). A shorter ringing time results in more missed calls on the called network because the receiver of the call would likely miss a call if the phone rings for a shorter duration, and would call back which would then boost the incoming calls on the calling network. Let's understand with an example.

For instance, a Jio subscriber calls an Airtel customer. If the ringing time is, say 20 seconds, the Airtel customer would likely miss the call (as against if the phone rings for 30 seconds). By missing the call, Airtel customer would call back on the Jio number, which would add an incoming call in the Jio's account. How does it benefit to have more incoming calls? For every outgoing (mobile-to-mobile) call, an operator has to pay 6 paise per minute (of interconnect usage charges or IUC) to the other operator. In the above example, Airtel would end up paying 6 paise to Jio. Now imagine the impact of this tweaking on a scale of million calls. In a letter to TRAI on September 28, Airtel said that despite its repeated requests over the past seven-eight weeks, TRAI has neither directed Jio to restore the timer to its original value nor issued any direction to set the timer to 30 seconds as proposed by majority of operators. "Gaming the IUC payouts by converting these outgoing calls to incoming calls is ultimately causing a huge loss of revenue to Airtel," the letter said. Airtel sources confirm that they have also settled for 25-second ringing time till the time there's some direction from TRAI.

But why there was a need for Jio to bring down the ringing time duration? TRAI data has some answers: Jio still has high asymmetry of traffic on its network, which means that its outgoing calls are way more than incoming calls. Its incoming calls are just 35.75 per cent of the overall calls as on June 2019. In comparison, the incoming calls of Airtel and Vodafone Idea stand at 54.7 per cent and 59.3 per cent, respectively, in the same month.

So while Jio has 339.79 million subs as on July - the second-highest in the sector - the telco couldn't achieve network symmetry despite TRAI giving plenty of time to telcos to balance out their incoming-outgoing calls. The high degree of network asymmetry, especially in the case of Jio, is also being perceived as the biggest reason behind TRAI's decision to recently float a consultation paper on whether it should actually scrap the IUC charges - as it had planned two years ago - from January next year. Experts point out that the Jio's decision to lower call alert duration was aimed at balancing its incoming-outgoing traffic in the run up to the proposed implementation of zero IUC next year.

There are enough merits and demerits of maintaining a reasonably high ringing time - as there are for lowering it. The call response time varies from person to person. For the called party, the response time depends on a whole host of factors: age and location of the subscriber, habits, and usage of devices. For instance, an older person would typically take longer to notice the ring and respond as also with someone who keeps the phone in their handbag. In cases where a subscriber is using a combination of wearable and mobile devices, some users get alert first on their primary device and after a certain wait period, the call alert goes to the another device. For such users, longer ringing time is preferable.

But then lowering the ringing time doesn't always results in optimal utilisation of resources. In cases where there's already a spare network capacity (like in rural areas), reducing the call alert duration might not work as there would not be enough subscribers on the network to realize benefits of lower call alert duration.

"For regular mobile users, it's a quick decision whether they want to respond to a call or not. TRAI must build its decision on the habits of mass users. Engaging valuable spectrum resources on bigger call alerts doesn't make sense," says a sector consultant. Globally, the matter of call alerts is not as tricky. For instance, a large number of users in markets such as US, UK and Australia use voice mails where messages are delivered without the need to make a call back. In India, voice call services are rarely used. In addition, some telcos such as Telestra and Optus in Australia, Vodafone in the UK and AT&T in the US offer customised solutions to subscribers wherein they can change duration of ringing as per convenience. According to TRAI, Telestra users may change ringing time from 15 seconds to 30 seconds, users of Vodafone in the UK can change values from 5 seconds to 30 seconds and users of AT&T can change value from 6 seconds to 36 seconds.

Telcos are already competing with OTT (over the top) apps such as WhatsApp and Skype that offer calls over internet with much longer call alert durations. These apps add a new dimension to the whole call alert debate.

Taking these factors into consideration, it would be difficult for TRAI to take an unbiased stand on the issue, experts argue. "It's in the best interest of the sector that TRAI comes out with a band - with upper and lower range - rather than suggesting an absolute value given that each operator has disparate sets of subscribers," says a telecom analyst. A band would arrest the fall of ringing time value below a critical point, which could be a strong possibility if telcos engage in bitter fight tomorrow - as they have done in the past. It seems that letting the sector decide its own value - within the specified band - would be the best way forward.

BT Buzz: India's NBFC billionaires shrink from 9 to 3 in a year; promoter marketcap down 50%