Minority shareholders of Vedanta can now choose as to how they want to proceed - they have a choice to either participate in the reverse book-building offer or not; both decisions come with their own consequences 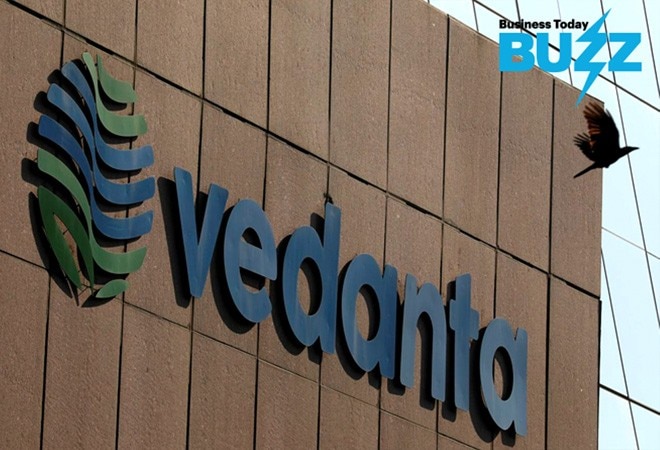 Proxy advisory firm Institutional Investor Advisory Services (IiAS), which termed Vedanta's delisting proposal as 'opportunistic', had hoped that company's independent directors should guide the minority shareholders on the proposed delisting and indicate a price range that they believe reflects the intrinsic value of the stock. "It will be a shame if the board throws regulations back at shareholders saying that as the price is going to be determined by reverse book-building, you decide the price," the note said.

However, this is exactly what has happened. Not only has the board approved the delisting at Rs 87.5 a piece, which is close to stock's 52-week low, it has also approved the draft of the postal ballot notice through which the company will seek shareholders' nod to the proposal. A special resolution in this regard will be mooted soon, following which the company will initiate a reverse book building process after it receives necessary regulatory approvals.

The stock on Tuesday settled at Rs 90.10, 2.5 per cent lower than previous closing, but 1.1 per cent higher than the closing on May 12 when the company submitted its voluntary delisting proposal to the stock exchanges.

What should be the fair delisting price?

The delisting price proposed by the company is closer to its current market price, which does not reflect its fundamental value due to COVID-19-linked crash across the market. Brokerage HDFC Securities says Vedanta Resources, the promoter company, was taken private on the London Stock Exchange at a 27 per cent premium to the prior close. "The value per share of Vedanta's stake in Hindustan Zinc Ltd itself is Rs 137 apiece. The book value of Vedanta as on September 30, 2019, was Rs 178," it says. That said, the final delisting price has to be higher than what the company has proposed.

What options do shareholders have?

Now ball is in shareholders' court as to how they want to proceed. Since mutual funds own about 10.9 per cent stake in Vedanta as on March 31, 2020, while LIC owns another 7 per cent, these institutional investors can ensure that the delisting happens at much higher than the indicative delisting price.

As for minority shareholders, they have a choice whether to participate in the reverse book-building offer or not. HDFC Securities has explained the implications for both the options:

If you don't participate: If you do nothing and keep holding the shares, and eventually the delisting happens at a higher price, you will still have the chance to offer the shares in six months post the actual delisting at the same price. "In case the delisting fails, the shareholder does not lose anything; the shares are in the demat account and he has the chance to sell them in the market when the buyback offer is close to ending at a much higher price that the indicative offer price," says HDFC Securities in a note.

If you participate: If you do participate in the delisting offer, you should quote a higher price for tendering your shares. "Offer the shares at a price of say Rs 160-180 and wait for the outcome. If promoters are serious about delisting, they may have to shell out higher price than the indicative offer price."

If the delisting price turns out to be higher than your offer price, your shares will get accepted at the delisting price. If it fails, then the shares offered in the offer will be returned. In this case, however, the company's share price may fall sharply in the market.

"The risk to the current shareholders will be if the offerors either lose interest in buying out beyond a certain price or are precluded by regulator or judiciary or creditors in proceeding with the offer. In such a case, the upward move in the stock price may halt and reverse," the brokerage says. "Shareholders may therefore weigh as to whether they would want to wait for a higher final exit price to be determined (with the accompanying risks and delays) or be satisfied with a limited rise in the stock price on the stock markets in anticipation of a higher exit price."

Note that once all the approvals are received, the delisting process could take three to six months, subject to delays due to litigation. HDFC Securities cites the example of Essar Oil. The company's delisting process was first mooted in 2014, which took four years to conclude amid regulatory hurdles and opposition from shareholder advisory firms.

The promoter group currently owns 50.14 per cent in Vedanta while the rest is held by institutional investors and minority shareholders. It has to take its shareholding to at least 90 per cent to complete the delisting.

BT BUZZ: Questions you must have answers to before investing in debt funds