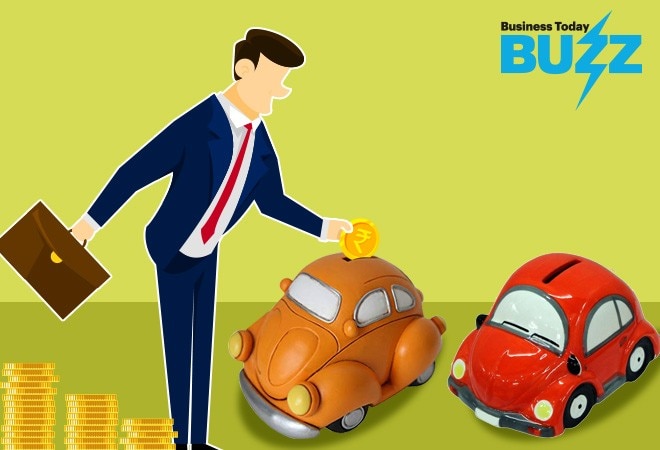 Auto-tech start-ups have received $800 million from investors since January this year.

With over $800 million in funding since January this year, auto-tech start-ups are one basket where investors are queuing up to put their eggs in. Kickstarting 2019 seeing a strong investment traction from global investors in auto companies such as Hyundai and Kia, venture capital funds such as Sequoia capital, Accel to angel investors, auto start-ups have turned out to be new favourites in the market. This comes at a time when India's auto industry saw 18.71 per cent decline in off-take in July. The month has recorded the highest de-growth in monthly sales over the past 19 years. So, why are venture capital investors suddenly bullish about a segment that is facing a slowdown?

Nitish Poddar, National leader - Private Equity, KPMG, points out that the investment into the auto ecosystem is coming in at various levels. For example, auto-tech companies operating in used cars and autoparts segments such as CarDekho, Truebil  GoMechanic, Spareshub and Boodmo put together have raised over $130 million since January this year. "These companies are converting an unorganised sector into an organised market by getting potential buyers and sellers of the car using technology platform and getting the best deals," he said. Amit Jain, Co-Founder and CEO of CarDekho, which has raised over $280 million dollars so far says, "When the industry is going through troubles, we are probably the most measurable performance-oriented source for car manufactures." According to Mordor Intelligence report - India Used Car Market - Growth, Trends, And Forecast (2019 - 2024) - the Indian used car market was valued at $21.04 million in 2018 and is expected to register a CAGR of 15.12 per cent for the next five years. The report also states that pre-owned car or used car market crossed the 4 million units mark in FY18, which was 1.3 times the new car market largely led by the rise in online sales platforms such as CarDekho, Cars24 and Droom. With auto manufactures heavily investing in digital sales channels to augment growth, the aim today is to provide better consumer experience at all levels to improve sales. "The industry is looking at how manufactures and online aggregators like us can come together to provide a seamless experience for buyers. That's where the biggest synergy lies," says Jain of CarDekho.

With consumers preferring safety, transparency, convenience and negligible risk while purchasing used cars, the organised sector today has an edge when compared to the unorganised sector, which has been the go-to place for used cars traditionally. Today most original equipment manufacturers (OEMs) in India such as Maruti Suzuki, Mahindra, Hyundai, Toyota and luxury car manufacturers such as BMW, Audi, and JLR have their used car network with majority of them registering a significant growth since 2017, according to Mordon Intelligence report. However, Jain says the need of the hour is an ecosystem play. "If you come to CarDekho and go to an offline dealer while I pick up lead and know what they are looking at since we have a more personalised interaction, a lot of data can be shared between online and offline folks," he says, adding that it is still not happening. More importantly, for the auto manufacturing industry to make a strong comeback, making the process of owning a car should become a full stack play  from the right value for purchase, finance maintenance costs and insurance spare cost - everything being bundled into one seamless offering using technology.

Ride-sharing and the electric bet

One of the biggest reasons that most industry experts attribute to the dip in passenger car sales is the rise of two-wheeler ride-sharing services and cab aggregators such as Ola, Uber, Zoomcars, Bounce and Vogo, which are backed by big global investors. On-demand ride-sharing services have dispensed the need of owning a vehicle and hassles of maintenance. Earlier this year, OEMs such as Hyundai and Kia invested in Ola and picked up equity stake, an indication of early shift in the long- term play of auto manufactures in the Indian market, says Poddar. "People have realised ride-sharing is going to be a big business in the future. It's still big but it will be far bigger than what it is today," he says. "Will something change fundamentally over the next couple of years? My view is no. Everyone is playing for the next two decades rather than for the next one year," he adds.

While cab aggregators have been successfully able to establish a new market segment over the last eight-nine years, the rise of two-wheeler ride-sharing companies such as Vogo Bounce is penetrating an even deeper market that runs on budget, short-distance commute and the last-mile connectivity in the urban and semi-urban markets. Bengaluru-based Bounce and Vogo, both less than five years old, have collectively raised over $200 million for investors such as Stellaris, Sequoia, Accel and Matrix. Vivekananda H.R., CEO and Co-Founder, Bounce says that VCs have realised that cabs may not be an answer to every Indian when a large section still depends on public transport from an affordability point of view. The company that is present in 10 cities claims to have done 1.4 million rides over the last three months with a fleet of over 5000 two-wheelers.

Ankit Agarwal, director, InnoVen Capital, one of Asia's largest venture funds that has invested in companies such as Ather Bounce, says, "We have not even scratched the surface yet. Most start-ups in the space are young. The opportunity in India is massive and we expect a large outcome in this space." What is attractive to investors is the micro-mobility and urban transportation segment, which is hugely an un-served space. "High frequency nature of business and huge business opportunity has made it attractive for investors, especially in India," he adds. Anand Ayyadurai, CEO and co-founder, Vogo thinks that this space is a billion-dollar business in itself. "It is a new market. We are cracking it in a different way," he says. Right from working with OEMs such as Honda, TVS and Hero to integrating IoT hardware along with financing start-ups, they are partnering with OEM service centres. "While the ticket size of the funding for such start-ups may just be picking up, from a pure volume's perspective, the ability to have an impact in India itself is 20-25 times higher than what the driver-based marketplace will have, be it cabs, autos or others," says Ayyadurai, explaining why his investors are convinced about their story.

Even as Boucne and Vogo are fighting it out to establish themselves as market leaders in a rather nascent segment, the entire auto industry could be up for restructuring in the coming days. "In the future, auto manufactures will have no direct connect with customers where fleet will be owned by fleet aggregators who will buy and manage cars and two-wheelers. Fleet operators like us will serve customers as per their needs," says Vivekananda of Bounce. However, with an estimated over two crore two-wheelers including scooters and motor cycles having hit Indian roads in 2017-18, that fact still looks far from being a reality.

The electric two-wheeler space has already seen active investments from OEMs such as HeroMotoCorp and TVS picking up stakes in Ather and Ultraviolette Automotive, respectively. Besides, Tork Motorcycles has been funded by Ola founders. Agarwal of InnoVen Capital says, "As start-ups adopt EVs, the unit economics will start looking even more attractive."

In the four-wheeler space with OEMs picking up stakes in cab aggregators such as Ola and partnerships with Uber, the foundation for electric and Hybrid vehicles has already been laid. Trials in targeted markets for all electric vehicles are already a reality. Poddar, however, feels no one know what future really holds. "How the technology is going to evolve over the next 10-15 years? Will conventional or electric cars rule the market? Obviously everyone's taking a bet because it obviously makes business sense," he says.