Speculation was rife that it would be high on appeasing the middle-class, a significant vote bank as well as the biggest chunk of taxpayers, and Goyal certainly met expectations 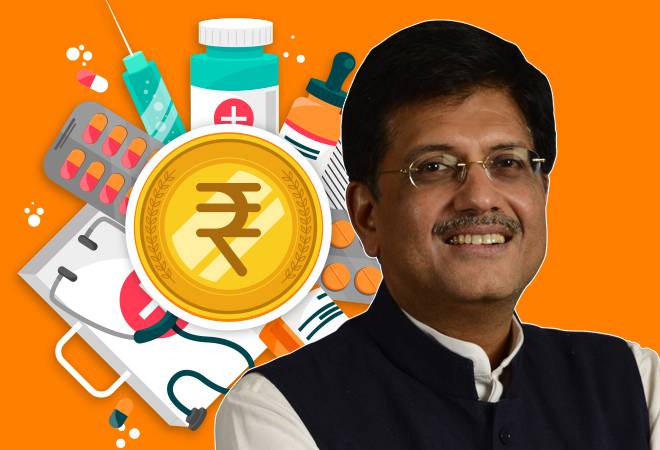 The loudest cheers at Lok Sabha today were reserved for Finance Minister Piyush Goyal's announcement that individual taxpayers having taxable annual income up to Rs 5 lakhs will get full tax rebate. If taxpayers fully avail of the deductions permitted under Section 80C, those with gross income up to Rs 6.5 lakh will no longer need to pay tax if the proposal is accepted. This being the Modi government's last budget before the general elections in summer, speculation was rife that it would be high on appeasing the middle-class, a significant vote bank as well as the biggest chunk of taxpayers, and Goyal certainly met expectations although the buildup to it was very slow.

For a while into his speech, it seemed that sops would be limited to farmers and the poor. But Goyal had clearly saved the best - as far as the salaried class is concerned - for last. After thanking the honest taxpayers - he previously mentioned in his speech that tax collections have doubled from Rs 6 lakh crore to Rs 12 lakh crore while the tax base has also increased significantly - Goyal said that the country has made progress towards becoming a moderate taxation, high compliance regime.

Click here for all the exclusive stories on Budget 2019

"It is therefore just and equitable that some benefits from the tax reforms must also be passed on to the middle class taxpayers," said Goyal in his speech. "Keeping this in view I propose to further reduce the tax burden on such taxpayers."

In addition to increasing the income tax exemption ceiling, Goyal also proposed to increase the Standard Deduction amount from Rs 40,000 to Rs 50,000. This was another item on many a wishlist since it was introduced in lieu of the transport allowance and medical reimbursement last year. "This will provide additional tax benefit of Rs 4,700 crore to more than 3 crore salary earners and pensioners," said Goyal.

"While the announcement towards salaried income and middle class income tax payers would put additional pressure on the fiscal mathematics, it would help to kick start consumption growth story in India," said Dr. Arun Singh, Lead Economist, Dun and Bradstreet

Read all the in-depth stories on Budget 2019 here

Income tax on notional rent is currently payable if one has one self-occupied house.

"Considering the difficulties of the middle-class in having to maintain families at two locations owing to their jobs, children's education, care of parents etc, I am proposing to exempt levy of income tax on notional rent on a second self-occupied house," he added.

Also read: Budget 2019 income tax slab rates: No income tax for those who earn up to Rs 5 lakh annually!

The bonanza did not end there. TDS on interest income from bank deposits and post office deposits has been raised from Rs 10,000 to Rs 40,000, a move that will benefit small depositors and non-working spouses, he said, adding that the "The TDS threshold for deduction of tax on rent is proposed to be increased from Rs 1.8 lakh to Rs 2.4 lakh."

For making more homes available under the affordable housing initiative the benefits under Section 80IBA is being extended for one more year for all housing projects approved till March 31, 2020.

Significantly, Goyal acknowledged in his speech that convention dictates that main tax proposals be presented in the main budget, which will be presented by the government that comes to power after the elections. However, he justified the above announcements saying that "small taxpayers, especially the middle class, salary earners, pensioners and senior citizens, need certainty in their minds in the beginning of the year about their taxes, and therefore proposals particularly relating to such class of persons should not wait."

Chances are that Goyal also left a candy dangling to the public when he said that "for the present the existing rates of income will continue for FY19"? Did he mean to imply that there could be more 'achhe din' in the offing if the Modi government remains in power?