Arun Jaitley slams Congress President Rahul Gandhi for ridiculing the scheme announced in the Interim Budget for 2019-20 by equating it to Rs 17 a day dole. 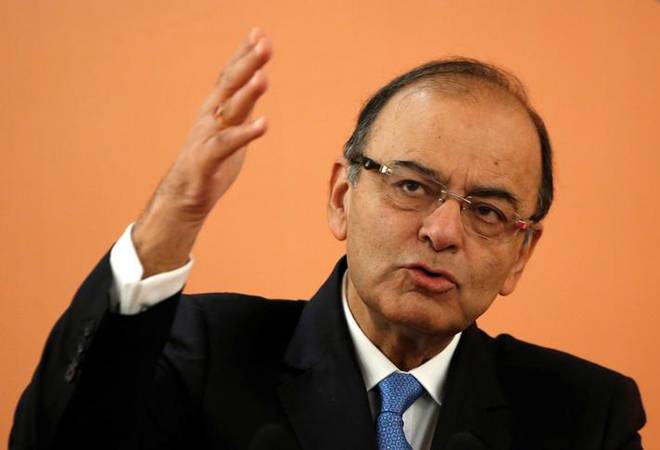 Union Minister Arun Jaitley Sunday hinted that the Rs 500 a month cash dole to small farmers may be increased in the future as the government's resources grow and said states can top up this amount with their own income support schemes. He also slammed Congress President Rahul Gandhi for ridiculing the scheme announced in the Interim Budget for 2019-20 by equating it to Rs 17 a day dole, saying the opposition leader must "grow up" and realise that he is contesting a national election and not a college union poll.

The plan to give Rs 6,000 cash to 12 crore small and marginal farmers every year together with government schemes for giving them a house, subsidised food, free healthcare and hospitalisation, free sanitation, electricity, roads, gas connections, twice the amount of credit at very cheap rate are all aimed at addressing farm distress, Jaitley told PTI in an interview here. "This is the first year where it (farmer income support scheme) has begun. I am sure as the government resources improve, this can be increased," he said.

On nearly 15 crore landless farmers being left out of the scheme, he said they have rural employment guarantee scheme MNREGA plus other benefits for the rural population. "What is the biggest thing that the Congress claims that they ever did? (UPA regime Finance Minister) P Chidambaram announced a Rs 70,000 crore farm loan waiver... (but) actual distributed was only Rs 52,000 crore. (Also), CAG said a large part of that money went to traders and businessmen and converted itself into a fraud," he said.

Also read: Budget 2019: Jaitley hints he won't be back in India to reply to Interim Budget debate in Parliament

The present government, he said, is "starting off over and above the lakhs of crores we are putting into rural areas."  "We are starting off with Rs 75,000 crore a year and I foresee this amount increasing in the years to come. And if the states top it up, some states have already started with the scheme, I think the others must emulate them, it will increase," he added. Jaitley, who is here for medical treatment, said the state governments too have a responsibility to address farm distress by bringing their own income support schemes. "Some state governments have started it," he said. "So my advise to what I call the 'Nawabs of Negativity' is ask your own state governments to top it off with their own income support schemes. Ideally, like the GST, this is a case where all political parties must defy party lines and in the spirit of cooperative federalism, have a Centre plus state scheme."

He said most of the central schemes are divided into 60:40 ratio, so "let us enhance this to 60:40 in the spirit of cooperative federalism" and instead of "giving criticism, let the states give 40 (per cent)."  "In addition to the fertiliser subsidy - another big amount, the healthcare, cheap ration, over a dozen other things you are spending on. This is just an add-on, this (income support) is not something being thrown in the air. The Congress doesn't understand it because it did nothing," he said.

On Gandhi's criticism of the Budget proposal, he said, "I think he needs to grow up. He must realise that he is contesting a national election not a college union one."  On his predecessor P Chidambaram's criticism that the interim budget was an "account for vote" and not a 'Vote on Account', he said, "I have no problem with monies being spent on either of these two accounts. But I have a serious problem when monies go into personal accounts." Taking on the Congress, he said the comments by the leaders of the principal opposition party and "some other compulsive contrarians" indicate that they have a complete lack of understanding of the subject. "Others have been in power much longer than we have been and did nothing. There is a real problem in India, both with regard to the urban-rural divide, which is reflective of the quality of life available in rural areas, and the state of agriculture. You have to look at both these issues compositely," he said.

Jaitley, who had to give up charge of the finance ministry to undergo medical treatment just weeks before the budget was presented, said the Congress gave just slogans like 'Garibi Hatao' (remove poverty) but delivered very little. Dwelling on the steps taken by the BJP-led NDA government since coming to power in 2014 to address farm sector distress, he said the Centre adopted a two-pronged approach of raising rural infrastructure spend and raising farm incomes.

Budget 2019: Govt to start disbursing funds under PM-KISAN scheme in February itself

Budget 2019: Jaitley hints he won't be back in India to reply to Interim Budget debate in Parliament