Full-on Budget 2019 in the making for Feb 1; Mind you! It's no Vote-On-Account, nor interim Budget

Centre actively calling for Pre-Budget recommendations from reluctant industry bodies; but there is precedent of populism in Vote-On-Account in UPA II. 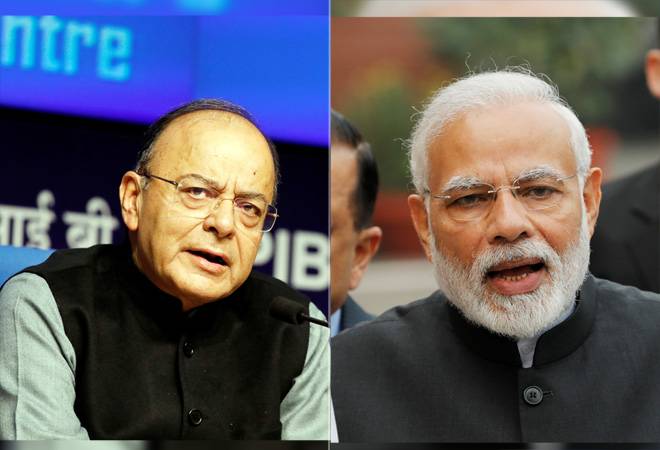 There is widespread speculation over whether the government's Budget presentation on February 1 will be a Vote-On-Account (VoA), an Interim Budget, or whether the BJP will break from the tradition and present a full-fledged Budget just to re-emphasise that it will be back in power post General Elections 2019.

At least, the Ministry of Finance, Government of India seems to be emphatic in its tweets: terming the coming February 1 announcement 'Union Budget' and 'Budget 2019' rather than the more acceptable Vote-On-Account. Even the social media hashtag reads #Budget2019. For a few weeks now, industry bodies, corporates, accountants and consultants meeting the government are of the opinion that the Centre is going ahead with a Budget speech as usual. Implying that it will have all the razzmatazz of the Budget, including tax rate changes, new announcements and schemes as well as sops.

Traditionally, the last Budget of the outgoing government is a 'Vote-On-Account' (VoA) before the General Elections. It's a moral issue. Outgoing governments ought to vote on account since they should not burden the incoming government with policy announcements that may not be acceptable to the new government -- or may have to be reversed by the new government. After all, their tenure is ending and they do not have the mandate for the coming 5 years. Former finance minister Yashwant Sinha has even cited Article 116 of the Constitution that details Parliament's power to approve a Vote-On-Account.

But such a restraint is unlikely. "Government will give an indication that if you elect us back, this is what you will get," says the head of an apex industry body. It is likely to announce income tax concessions (raising I-T floor to Rs 5 lakh, for instance), excise changes, new schemes and policy announcements. Industry bodies say the government enthusiastically called for recommendations for Budget once they realised industry associations had not sent them assuming that this will be a VoA. Some associations even had to go into war mode to prepare recommendations overnight.

VoA has an air of boredom attached to it. Simply, it means the Centre takes the Parliament's nod to spend as per planned expenditure until the incoming government presents its Budget post-elections. By definition, a VoA is approval for expenses until the full Budget is presented. Or, a sanction from Parliament to withdraw money from Consolidated Fund of India for expenses. As a result, any reference to VoA implies it will be dull, boring affair as major policy announcements are to be avoided.

Is the government looking at it that way? Not really.

ALSO READ:Budget 2019: How restructuring your salary can help you save tax

There are precedents though. In 1991, when the then finance minister Yashwant Sinha presented the vote-on-account of the Chandra Shekhar government, he chose to announce the intent to disinvest in public sector enterprises.

Not too far back. In the outgoing UPA II's VoA in Febuary 2014, then finance minister P Chidambaram could not resist populist announcements either. He cut excise duties which reduced prices of commercial vehicles, passenger cars, two-wheelers as well as mobile phones. Excise was also cut in capital goods and consumer non-durables from 12 to 10 per cent. He even gave additional grants to defence and women safety; infused Rs 11,200 crore into public sector banks; raised agri credit target from Rs 7 lakh crore to Rs 8 lakh crore; extended the farm interest subvention scheme; announced a moratorium on education loans. Chidambaram also announced government's decision to accept One Rank, One Pension for retired army personnel, transferring Rs 500 crore to the Defence Pension Account. OROP, of course, was finally implemented by the Narendra Modi government.

Twenty-four hours ago, Ministry of Finance began tweeting its own explainer on the Budget called 'Know Your Budget'. One card at a time, FinMin has explained 'What is Union Budget?'; 'What is Vote On Account?'; What is Revenue Budget?; What is Outcome Budget?; What is Capital Budget? Each one of those is tagged 'Budget2019'.

As Union Budget is round the corner, we come across so many terms which leave us puzzled. So via "Know Your Budget" Series, we aim to assist you in enhancing your Budget Vocabulary.

Before diving into details of Budget,let us first understand what a 'Union Budget' is? #Budget2019pic.twitter.com/o0UdDOfuL8

Yesterday we gave a glimpse of what is 'Union Budget' and 'Vote on Account'. Let's move forward and see what the other types of Budget are.

What is a 'Capital Budget'?

Do you know about 'Revenue Budget' and what does it comprise of?#Budget2019pic.twitter.com/UKPwicBUBd

Brace up for full-on announcements then. After all, even the opposition will have no leg to stand on if it does try to oppose a populist Budget speech.