After success against COVID-19, BMC to emulate 'Dharavi model' in other Mumbai hotspots

As part of the plan, 50 mobile fever clinics in ambulances will be used in these areas, driving around through the day with a team of doctors, who carry out door-to-door screening of residents, check for fever and other symptoms, co-morbidity, and collect swabs 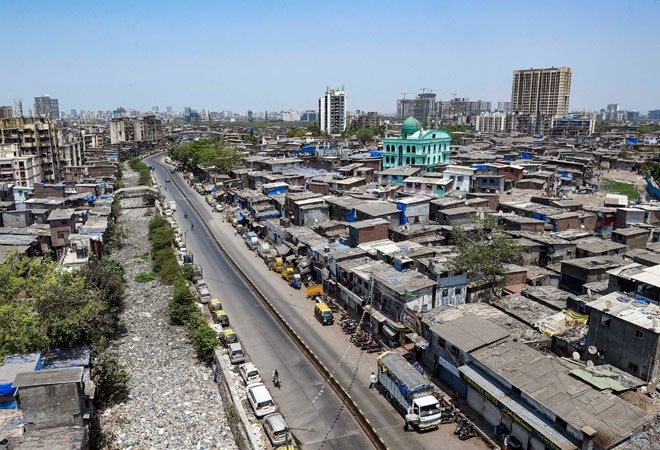 Mumbai's Dharavi, referred to as 'Asia's largest slum' where millions live in an area of 2.5 square kilometres, has succeeded in containing the COVID-19 pandemic in a battle that lasted three months. After witnessing 81 deaths and a total of 2,189 cases in the Dharavi area until yesterday, cases have come down to less than 20 a day. The city administration Brihanmumbai Municipal Corporation (BMC) has closed down two of its COVID care centres in the region - one at the Dharavi Municipal School and another at Rajiv Gandhi Sports Complex. Both were created due to lack of treatment facilities when COVID -19 was peaking in the area.

Besides, BMC is now implementing a 'Rapid Action Plan' for the city's northern suburbs, drawing on the lessons learnt during fight against coronavirus in Dharavi and Worli. The plan will be implemented in some of the northern suburbs such as Mulund, Bhandup, Malad, Kandivli, Borivli and Dahisar, which continue to register high number of cases on a daily basis.

Sources said as part of the plan, 50 mobile fever clinics in ambulances will be used in these areas, driving around through the day with a team of doctors, who carry out door-to-door screening of residents, check for fever and other symptoms, co-morbidity, and collect swabs. The screening plans include door to door survey of at least 10,000 houses per ward. Each community volunteer, equipped with a thermal scanner and a pulse oximeter will screen about 100 houses. A massive population of 25 lakh people will be screened in the coming week.

As done in Dharavi, the massive exercise will be held under a public private partnership with various civil society organisations, like CREDAI-MCHI, Bharatiya Jain Sanghatan and Desh Apnaye Foundation, etc, and tying up with local doctors. While these NGOs help in providing mobile vans, medicines, etc, BMC will take care of swab testing, isolation and quarantine facilities, said official sources.

Dharavi, from where over one lakh migrants left during the nationwide lockdown in view of coronavirus pandemic, had 491 COVID-19 cases in April and 1,216 in May. But it saw only 274 cases and six deaths in the first two weeks of June. On June 23, the area had just five cases - the lowest in a day since April 5. On an average in June, the area has been reporting less than 20 COVID cases in a day with an average growth rate of 1.1 per cent compared with the previous month's 4.3 per cent.

BMC was adopting a model of actively following 4 Ts -'Tracing, Tracking, Testing and Treating' in Dharavi with  proactive screening. While 47,500 people were covered by doctors and private clinics in house-to-house screening, about 14,970 people were screened with the help of mobile vans, and 4,76,775 were surveyed by BMC health workers. Fever clinics were set up for screening high risk category such as the elderly. This helped to screen 3.6 lakh people. Also, around 8,200 senior citizens were surveyed and as part of its policy of 'Timely Separation', they were separated from other community members to effectively limit the transmission of the disease. In all, 5,48,270 people have been screened in Dharavi. The suspected cases were shifted to COVID Care Centres and Quarantine Centres.  As a result of these measures, doubling rate in Dharavi has gone beyond 78 days, which is more than twice the doubling of Mumbai.

In order to speed up testing, Maharashtra government is also procuring one lakh Rapid Antigen Test kits to screen people across COVID-19 hotspots in Mumbai and Pune from South Korean company SD Biosensor.  Rapid Antigen kits are less sensitive than regular RT-PCR tests, but they can test upto 6,000 from the  present average of 4,000- 4,500 and results will be available within half an hour, said the sources.