Battle of the food apps: Uber Eats out, now it's just Swiggy vs Zomato

According to an analyst, Swiggy delivers 42 million orders a month while Zomato delivers about 37 million 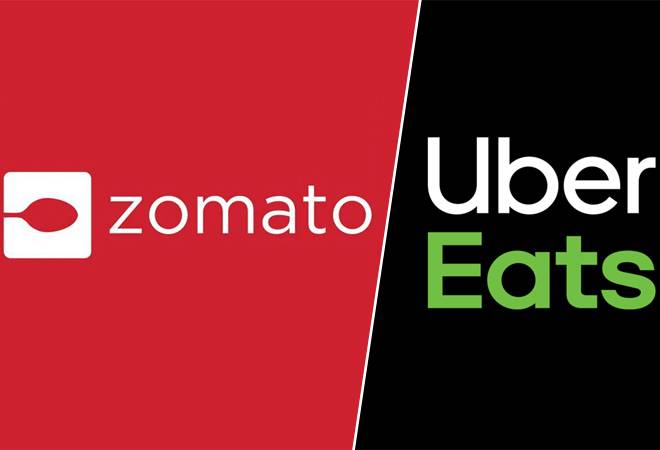 Zomato announced the acquisition of Uber's food delivery business in India. The deal gives Uber 9.99 per cent ownership in Zomato.

Food app company Zomato on Tuesday announced the acquisition of Uber's food delivery business in India in an all-stock transaction. The deal gives Uber 9.99 per cent ownership in Zomato. Bloomberg reported that the deal was valued at $172 million.

What does the transaction mean for Zomato and Uber?

The acquisition will help Zomato bulk up against Swiggy, who remains the leader in the food delivery space. According to an analyst, Swiggy delivers 42 million orders a month while Zomato delivers about 37 million. Swiggy was stronger in the Southern Indian market but have now gained in the North as well after a 2018 television campaign. The battle for the market share between the two companies would only intensify, going forward. Expect strategic discounting to continue. Indian deal seekers, nevertheless, now have less choice to pick from. Uber Eats in India has discontinued operations and is directing restaurants, delivery partners, and users of the Uber Eats apps to the Zomato platform.

Two, the transaction does mean that some people will be out of job because there could be duplication of roles. One is also not sure how the restaurant partners of Uber Eats would react. Uber Eats started in May 2017 and quickly scaled to 41 cities and aggregated 26,000 restaurant partners. The commission structures may change post the acquisition.

What does the deal mean for Uber in India? A food delivery business didn't make much sense for the company - according to sources, in the first three quarters of this fiscal year, Uber Eats India totalled three per cent in gross bookings but accounted for more than 25 per cent of adjusted EBITA losses. The company's management had earlier indicated that if it couldn't get to No.1 or 2 in the food delivery market, it would exit the business. While it hives off the India business, Uber Eats would continue running in countries such as Sri Lanka and Bangladesh.

Sources said that the deal allows Uber to focus on its core ride-sharing business where the company sees a clearer path to profitability. The company is in the process of expanding from 50 to 200 cities in India and is growing fast on the back of products such as auto and motorcycles. Uber, this year, would also introduce busses on its platform. The company, meanwhile, is doubling its engineering headcount in India. Between Bangalore and Hyderabad, Uber's tech operations currently employ over 500 engineers.