The meeting would discuss job creation, equitable growth and the Sangh's alternative development model. It will also focus on pushing for better coordination among affiliates 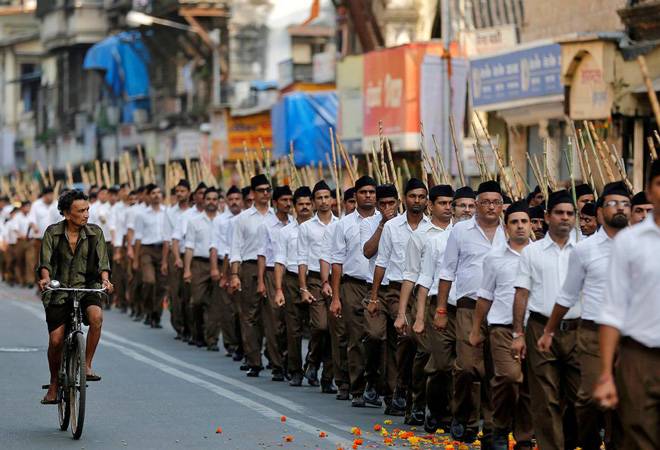 As RSS affiliates gear up for the first coordination meeting after Narendra Modi returned to power in Pushkar, Rajasthan it will be grilling time for the ruling Bharatiya Janta Party. Issues related to handling of the economy, complexities on the National Register of Citizens (NRC), the Kashmir situation after abrogation of Article 370 and the draft new education policy will dominate the three day meet.  In this three-day event starting September 7, the report card of all affiliates is taken. That this happens before the Vijayadashmi address of RSS chief Mohan Bhagwat makes it more relevant.

The meeting would discuss job creation, equitable growth and the Sangh's alternative development model. It will also focus on pushing for better coordination among affiliates.

The Swadeshi Jagran Manch (SJM), the RSS affiliate and official thinktank on economic issues is pushing the government to simplify taxation, reduce repo rates and ensure swifter transmission of rates. Meanwhile, BMS is upset with the labour codes and the way government is pushing for the privatization of PSUs, including Air India and BSNL. Recently, both BMS and SJM separately had close-door meetings with economists and corporates on the state of the automobile, pharmaceuticals, telecom and textile sectors.

Along with them, leadership of 35 affiliates -working in the space of social, economic, national security, education, health-will attend. Meanwhile, RSS affiliates active in national security will share notes on the situation in Kashmir after Article 370 was abrogated. RSS has thrown full weight behind the government on this issue and is using their cadre to develop a favourable narrative.