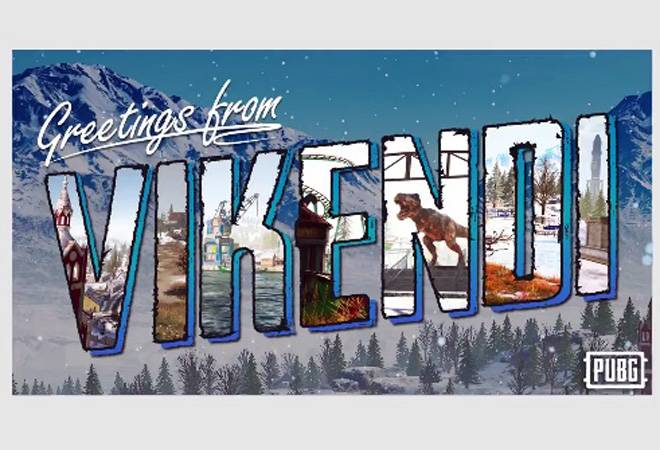 PlayerUnknown's Battlegrounds' (PUBG) developer, Tencent Games has finally released update 0.10.0 for Android and iOS devices. The latest update brings in support for Vikendi snow map, a 6km x 6km map, and several other additional features and bug fixes to the game like a resolution detection bug on iPad Pro 12.9 and many more.

The PUBG Mobile 0.10.0 update download size is 2.1GB on iOS and 1.6GB on Android. It will bring the Vikendi snow map, an isolated Northern resort island in the shadow of Mount Kreznic.  However, the Vikendi's game play hasn't been enabled yet, despite it being built into the update. An announcement from the PUBG Mobile official Twitter handle has said that the new map will be available for matchmaking from December 21 at 5:30AM (IST). Post the download, users will be able to pick the Vikendi snow map for solo, duo and squad games. The update will also bring two brand new items exclusive to the map; the G36C Assault Rifle (which replaces the SCAR on Vikendi) and the Snowmobile to navigate its icy terrain.

In order to enter the Vikendi Snow Map, you would have to update your mobile app to version 0.10.0, which is now available for all iOS and Android users. The version 0.10.0 will completely overhaul the in-game replay system. PUBG is also planning to release a patch later on to add new elements to the game, including different vehicle dynamics, footprints and vehicle tracks and more.

Meanwhile, PUBG mobile has enjoyed unmatched success since its launch; it reached 100 million registered users in only four months. It has already earned the nomination for Best Mobile Game at The Game Awards 2018. The reasons for PUBG's popularity are its requirements. The game is very well optimised for the smartphones available in the developing market. It runs exceedingly well on any mid-range phones unlike similar games like Fortnite.

Xiaomi No.1 Mi Fan Sale: Here are all the deals and discounts you need to know about

Nokia 8.1 to go on sale for the first time today