Rajat Gupta's appeals have been rejected--not because the appeals court believes he is guilty as charged but because it saw no reason to reopen a trial that had been conducted properly in the first place. 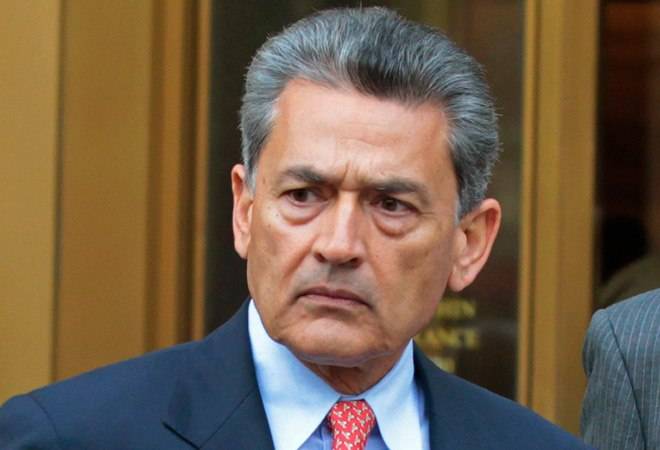 Rajat Gupta has recently written a book titled 'Where the Mind is Without Fear'.

The traffic was light on Sunday morning and I reached half an hour before the time of the appointment at Oberoi, New Delhi. Rajat Gupta was finishing his breakfast and he came to the business centre at the dot of 10 AM.

He looks just the same. He has just turned 70 and perhaps has a few additional wrinkles but he is trim, immaculately dressed as always and does not look as if life has been rough in the past few years. There is though a calmness about him--almost as if he has come to terms with the fact that he will never be able to fully restore his reputation despite having served his dues in prison and then spent a lot of money to appeal to overturn his conviction. His appeals have been rejected--not because the appeals court believes he is guilty as charged but because it saw no reason to reopen a trial that had been conducted properly in the first place.

Gupta has written his book--Where the Mind is Without Fear -- and I confess to him that I have only read 40 per cent of it so far because Juggernaut (the publishers) were late in sending it over. He asks what I thought of it.

I said that while the beginning is very interesting, there is a sense that the book ends abruptly -- it only chronicles his life and thoughts till his release... and it gives no glimpse of what he plans to do now. He is after all still fit--and looks as if he has a good 15 productive years ahead of him before he hangs up his boots.

Gupta smiles and says that he will not get back to the corporate world--he plans to spend a lot of time on the areas he is passionate about--public health (he is working on improving child and maternal health in Gujarat) and in fixing some that are wrong in the justice system in the US. And he does believe that there is much wrong in the way people are prosecuted and the prison system.

After his conviction, a number of his friends continued keeping the faith and have embraced him with open arms after his release--these include some of the biggest names in the US business (including Ajit Jain of Berkshire Hathaway) but also some corporate titans in India including Shiv Nadar and Analjit Singh.

But there were others who have turned their back. These include his McKinsey friends as well as Goldman Sachs and many others. The McKinsey rejection is particularly galling--they have not only removed all mention of him, they even removed his name from the McKinsey alumni. He points out that he was already retired and had offered to resign when his name first came up in the papers.

Does he feel that he got caught up in the backlash that accompanied the financial collapse following the bankruptcy of Lehman Brothers? Yes of course--though he points out that the bankers who were responsible for the crash were never punished. The banks paid some fine but the bankers got away with a slap in the wrist and the system has not changed a bit.

Does he feel bad about misjudging Raj--not really, he says. In retrospect, all these things seem clear but at the end of the day, Raj was a superstar hedge fund manager and with a great reputation. He always had sharp elbows, he says, but it never appeared that he would be using underhand means to trade.

His family bore the brunt of the scandal--especially his daughters who were in the business arena. But they never told him what they were going through (much is detailed in his book).

After all, there was only circumstantial evidence to link him -- there was no transcript of him leaking any information to Rajaratnam. More importantly, the prosecution admitted that Rajat Gupta never made any money from the insider information he was supposed to have passed on.

It is getting on and his next appointment is due. He has meetings till 8 pm and then he will go for dinner.

How did he end up writing the book? Well, he had a prison inmate with whom he would chat and that person was very keen about Rajat putting down the story. In fact, he even started working out the scenes for Rajat, saying put this in, put that in etc.

Will he write another book? He is undecided. At the moment, his focus is on putting the past behind...