COVID-19 vaccine: Side effects, efficacy make Indians hesitant; 69% in no rush to get jab

Many respondents believe that the population is gradually moving towards herd immunity in a natural manner, and would want to observe the utility of the vaccine before using it on themselves 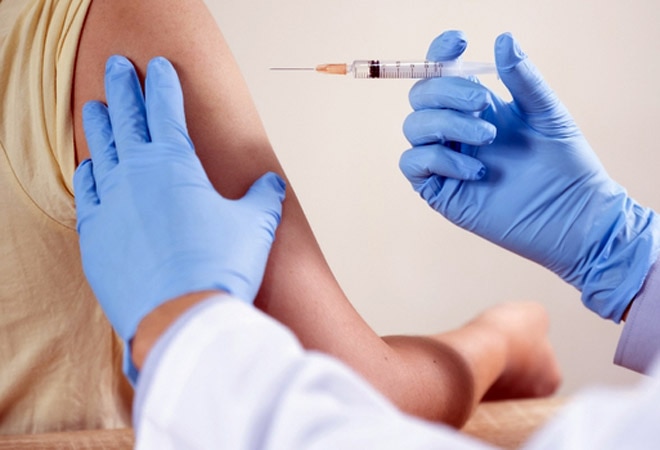 Apprehension among Indians regarding getting vaccinated for COVID-19 appears to be rising. A survey of 18,000 participants revealed that about 69 per cent of Indians are in no hurry to get the shot.

The survey results were released on Thursday, as India clocked 24,037 new infections. While this marked the fourth consecutive day for India with fewer than 30,000 cases, the country comes second on the list for having the most cases globally, with over 99 lakh infections.

A citizen-survey platform from New Delhi, LocalCircles has been collecting responses on people's outlook on the scheduled availability of vaccines starting February 2021.

In the survey conducted between October 15 and 20, 61 per cent of the participants expressed hesitancy in getting vaccinated. With news of clinical trials of vaccines proving successful globally, the aggregate percentage of those who were hesitant reduced to 59 percent in the November 23-28 survey. Citizens' reluctance to get the COVID-19 vaccine was compared with previously conducted surveys on the subject to understand the change over time.

Another survey was conducted by the platform in light of multiple developments regarding vaccines over the past one month. The survey conducted by LocalCircles received more than 18,000 responses from citizens across 242 districts of India, of which 66 per cent respondents were men and 34 per cent were women. More than half of the respondents belonged to tier 1 cities at 55 per cent, with tier 2 to follow at 26 per cent, while 19 per cent belonged to tier 3 and 4 cities, as well as rural districts.

Also, the attitude of the healthcare professionals in India towards the COVID vaccination was measured in a separate independent survey conducted by Dr Abdul Ghafur, Consultant for Infectious Diseases.

The aggregate percentage of responses indicated that of the initial 9,458 responses for the question about willingness, about 69 per cent will wait a few months before getting the jab. This figure is from the latest survey in December, seeing a jump of 10 per cent from the 59 per cent in November.

This is predominantly attributed to limited information regarding side-effects and efficacies of the vaccines, while there is also "a growing belief in parts of the population that COVID cannot affect them because of their high immunity levels," LocalCircles said in a statement.

Many respondents believe that the population is gradually moving towards herd immunity in a natural manner, and would want to observe the utility of the vaccine before using it on themselves. Others feel that there is a global race that involves companies and countries likewise, to get their vaccines approved as soon as possible, and in as many places as possible.

When asked about what they felt was the primary reason for the daily caseload to reduce, 17 per cent replied saying that the population is attaining herd immunity, while 14 per cent attributed the development to Indians having "high immunity." However, 33 per cent, being the highest collective opinion regarding this matter, feel that the daily case count is understated as people avoid getting tested and choose self-care instead.

While the government is still deliberating upon the emergency-use authorisation of some vaccines, health professionals are also being circumspect regarding the legitimacy of the shots. The hesitation arrives from some instances of severe adverse events observed post vaccination, such as those in the UK that prompted an advisory from the government.