Premji, who is one of India's richest businessmen, had announced in March to earmark 34 per cent of Wipro shares worth Rs 52,750 crore, held by certain entities controlled by him, for philanthropic activities 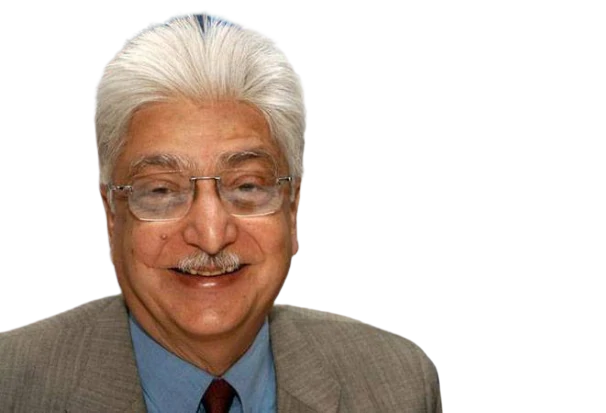 Azim Premji and the Wipro promoter group have sold stocks worth Rs 7,300 crore in a share buyback programme of the company. A major chunk of the proceeds will be used for Premji's philanthropic initiatives. The company told the stock exchanges it had published a post-buyback public announcement for over 32 crore fully paid-up equity shares of the face value of Rs 2 each at Rs 325 per share on June 21. The total amount utilised under the buyback, which was adopted through the tender offer route, was Rs 10,499.99 crore.

As per the company, Azim Premji and the entities held by him sold over 2.2 crore shares under the buyback programme. In total, it will amount to 3.96 per cent equity stake held by Premji and his entities. Before the buyback, the promoter and group firm's stake stood at 73.83 per cent, which has now gone up to 74.04 per cent. A major portion of the proceeds could be used to fund the Azim Premji Foundation, which is one of the five biggest philanthropic institutions in the world and the biggest in Asia.

Premji had resigned as the Wipro executive chairman in July, passing on the baton to his son, Rishad Premji. India's second-richest man, Premji, 73, has a fortune of more than $18 billion, according to the Bloomberg Billionaires Index. In March, he announced he would earmark 34 per cent of Wipro shares worth Rs 52,750 crore for philanthropic activities. This was in addition to his earlier donations, which included Wipro's shares, as well as other assets owned by him. With this, the tech tycoon has donated a total of $21 billion (Rs 1.45 lakh crore) to the Azim Premji Foundation over several years, including 67 per cent of Wipro's shares, according to the statement by the Azim Premji Foundation.

The Foundation has done extensive fieldwork in the area of education in some of the most disadvantaged parts of India. It works to contribute to the improvement of the quality and equity of the public (government) schooling system. It has also set up the Azim Premji University in Bangalore.

India to sign Asia-Pacific trade deal only if local industry is protected: Goyal