Baba Ramdev is just the face, it's Acharya Balakrishna who is behind Patanjali's Rs 10,561 cr turnover 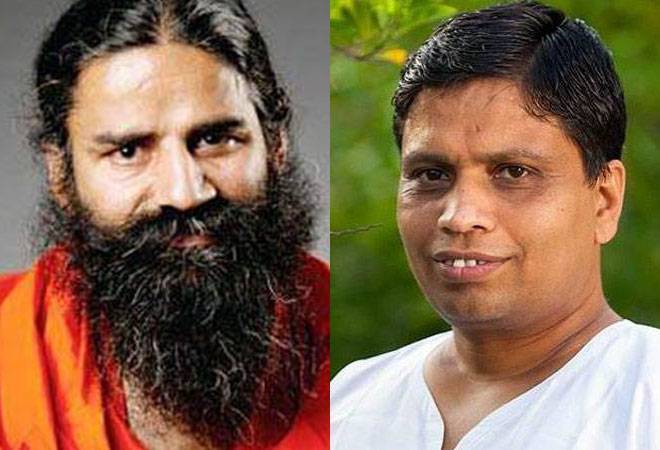 Baba Ramdev's Patanjali Ayurved has taken the Indian FMCG market by a storm. The company, with a turnover of Rs 10,561 crore in 2016-17 is not only a household name, but has been giving close competition to major international brands. Though Baba Ramdev endorses all of Patanjali's consumer products, the man behind the formidable success of India's fastest growing FMCG brand is Ramdev's close aide, Acharya Balakrishna.

The 44-year old CEO of Patanjali has pushed the company's revenues at a rapid pace. He has not only encashed upon Baba Ramdev's huge base of followers but also attracted Indian consumers by hitting the 'swadeshi' idea.

Though Ramdev is the brand ambassador of Patanjali Ayurved Ltd, he does not own a single share in it. Acharya Bal Krishna owns close to 94 per cent Patanjali Ayurved. Rest of the small holdings are dispersed among a small group of individuals. He is the brain behind the admirable growth of Patanjali as a consumer brand.

Here are the five things that you may not know about the man behind Pantanjali:

1. Balkrishna Suvedi, also known as Acharya Balakrishna holds as much as 94 per cent of Patanjali shares and does not accept salary from the company. He heads around 34 companies and three trusts associated with Patanjali brand and Baba Ramdev.
2. Born to Nepalese parents who later migrated to India, Acharya Balakrishna was Ramdev's junior in ashram Khanpur Gurukul in Haryana. In 1995, Ramdev with his close associate, Balkrishna, set up Divya Pharmacy to make Ayurvedic and herbal medicines. Later, with Baba Ramdev's increasing popularity and substantial funds, Patanjali Ayurved was set up as a private company in 2006.
3. In 2011, he was charged with cheating and forgery for acquiring fake degrees to procure an Indian passport. His high school degree and Sanskrit degree from Sampurna Nand Sanskrit University were missing from official records. According to the CBI, his passport was issued on the basis of forged educational degrees and his Indian citizenship was also questioned. However, the case was closed two years later due to lack of evidence.
4. Balkrishna is known to maintain a low-profile. Like all other Patanjali employees, Balkrishna dresses in white to reinforce an aura of spirituality. All the decisions related to marketing strategy and advertising are usually left to Balkrishna. He is a one-man army when it comes to the operations in Patanjali. From hiring senior management staff to dealing with advertisers, he does is it all alone.
5. Balkrishna's Patanjali has given FMCG majors a run for their money. Also, the company is eyeing to hit Rs 10,000 crore revenue by 2017. Baba Ramdev and Acharya Balakrishna have formed a phenomenal partnership to grow Patanjali Ayurveda as a brand. They have achieved this by keeping the prices of the products substantially lower than the other FMCG brands and by capturing the nerve of the Indian consumers.

Infosys plays down cost concerns from US hiring plan