Bloomberg Billionaires Index: The richest Indian, Mukesh Ambani is on the 13th spot, with a net worth of USD 51.8 billion. Azim Premji is the second-richest Indian to be on the list at the 48th rank with USD 20.5 billion. 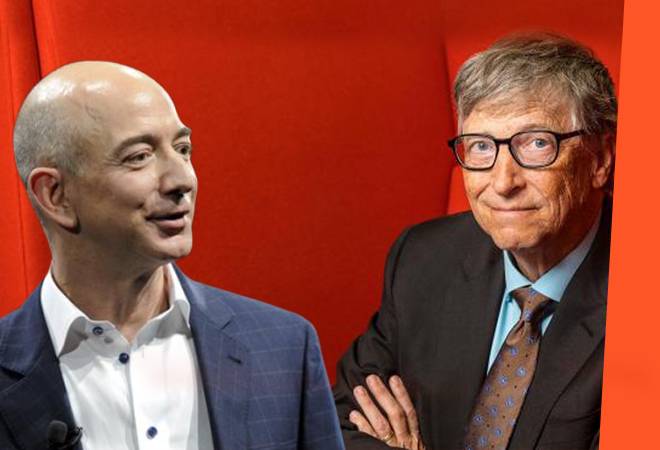 Microsoft Corp co-founder Bill Gates, who has never been ranked below the second spot on the Bloomberg Billionaires Index has been pushed to the Number 3 rank by Bernard Arnault, Chairman and Chief Executive Officer of LVMH Moet Hennessy - Louis Vuitton SE, aka LVMH.

LVMH pushed Arnault's net worth to $108 billion. In 2019 alone, Arnault added $39 billion to his fortunes, which is the biggest gain by an individual in all of the 500 people on the list.

Amazon chief Jeff Bezos is the still richest man in the world, with a total net worth of $125 billion. Bill Gates stands at Number 3 with net worth of $107 billion. According to Bloomberg, the trio's collective wealth exceeds the individual market values of almost every company in the S&P 500 Index that has firms like Walmart Inc, Exxon Mobil Corp and Walt Disney Co on its list.

It must be mentioned that Gates' philanthropic endeavours was one of the biggest reasons for his slip in ranking. Gates donated more than $35 billion to the Bill and Melinda Gates Foundation. Without that, he would still have been the richest man.

Jeff Bezos' fortunes saw an uptick despite his divorce with MacKenzie Bezos, which made her the fourth richest woman in the world, according to Bloomberg. MacKenzie Bezos is ranked 22nd with a net worth of $40.3 billion.

The richest Indian, Mukesh Ambani is on the 13th spot, with a net worth of $51.8 billion. Azim Premji is the second-richest Indian to be on the list at the 48th rank with $20.5 billion, followed by Shiv Nadar in the 92nd spot and Uday Kotak on the 96th spot.