Rakesh is the executive chairman of HDIL, whereas Sarang is the managing director of the company. The government had issued a look-out circular to stop them from leaving the country 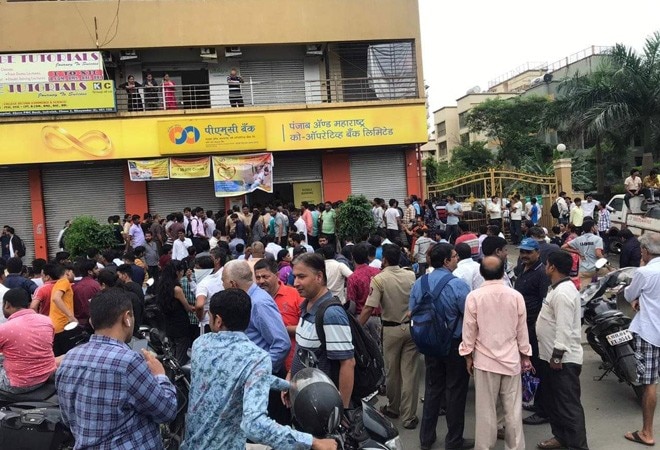 HDIL is embroiled in the ongoing crisis at the Punjab and Maharashtra Bank (PMC) Bank.

The Economic Offences Wing of the Mumbai Police has arrested HDIL promoters Rakesh Kumar Wadhawan and Sarang Wadhawan in connection with the PMC Bank case. The agency also attached properties worth Rs 3,500 crore in the relation to the case.

Thomas has allegedly admitted to the Reserve Bank of India (RBI) that the bank hid information regarding its bad loans to bankrupt real estate company HDIL. He told the RBI that the bank's actual exposure to the bankrupt HDIL stood at over Rs 6,500 crore - four times the regulatory cap or 73 per cent of its entire assets of Rs 8,880 crore.

Thomas, in a four-and-a-half page letter to RBI, gave details of how he, along with six key people who include a few board members, including chairman Waryam Singh and one or two senior bank officials, were sanctioning loans to the HDIL Group.

The RBI had placed operational restrictions on the PMC Bank on September 23, citing irregularities in loans given to some companies for six months. The police complaint in the matter reportedly alleged that PMC Bank created more than 21,000 fake accounts to hide the loans. News agency Reuters had reported that a single realty firm and its group companies were the beneficiaries of 44 loans by PMC Bank.

HDIL is a listed real estate development company in India, with significant operations in the Mumbai Metropolitan Region. The company has also been part of slum rehabilitation projects in this area. It also has operations in Kochi and Hyderabad.