Can Suzlon make a comeback in face of fresh challenges? 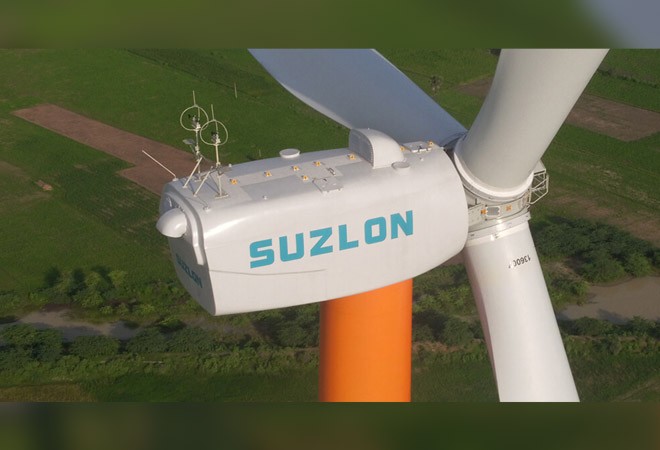 Though Suzlon Energy has got the approval of the bondholders and the banks for its debt resolution plan, the going will be tough for the wind energy major as the power demand is falling in the country, along with the fall in electricity charges. The post coronavirus situation is projected to bring the growth of Indian economy to 2-3 per cent will dent the electricity demand further. In such a scenario, the company will find it tough to enhance its cash flow and generate working capital.

Besides, the promoters led by Tusli Tanti are supposed to infuse about Rs 300 crore capital in the company as part of the debt resolution plan and meet other financial commitments by selling off some of the company's assets, including the company headquarters in Pune, say sources in the know. "At present, the company is facing lower order volumes and low margins. After the debt resolution plan has been implemented, the cash flow will be improved. But it will have to work hard to get new orders, especially in a down market," said an industry expert.

The SBI-led consortium of lenders had also unanimously approved the resolution plan for the debt-laden wind energy major. The restructuring plan has not been announced yet. As per the plan, the sources said, the banks will pick up 10 per cent stake in Suzlon, which involves splitting of the total debt into sustainable and unsustainable portions. The company owes Rs 12,886 crore to 18 banks. "About 35 per cent of the debt has been considered as sustainable loans and will continue on books, which needs to be repaid in 10 years. Non-convertible debentures and compulsorily convertible preference shares (CCPs) will be issued against the rest of the loan, which has been classified as unsustainable. Besides, the banks will take 10 per cent stake in the company on issue of shares," says a banker close to the developments.

This would mean that lenders take a haircut of 65 per cent on the debt. The future cash flows of Suzlon will decide whether the company will able to make the committed payments. There were reports earlier that the lenders will also pick up 49 per cent stake in subsidiary, Suzlon Global Services (SGSL), after conversion of CCPs in 20 years. SGSL, a wholly-owned subsidiary, is involved in designing and manufacturing of equipment for generating wind energy.

The promoters Tanti family has promised to bring in equity of nearly Rs 300 crore and is in talks with other lenders for working capital loans. They will also try to sell off some of the company's assets, which includes the headquarters building in Pune, for clearing the liabilities.

The resolution plan has been formulated under the inter-creditor agreement (ICA) approved by the Reserve Bank of India. Suzlon had entered into an ICA with lenders for restructuring its loans on July 1, 2019. In December 2019 quarter, Suzlon reported a net loss of Rs 743 crore on a revenue of Rs 654 crore, because of lower volumes and high finance costs.

NPA laws to be suspended for 6 months, lockdown period unlikely to be counted in 90-day rule