While, Bisleri has been fined Rs 10.75 crore, PepsiCo India Holdings and Hindustan Coca-Cola Beverages have been penalised Rs 8.7 crore and Rs 50.66 crore 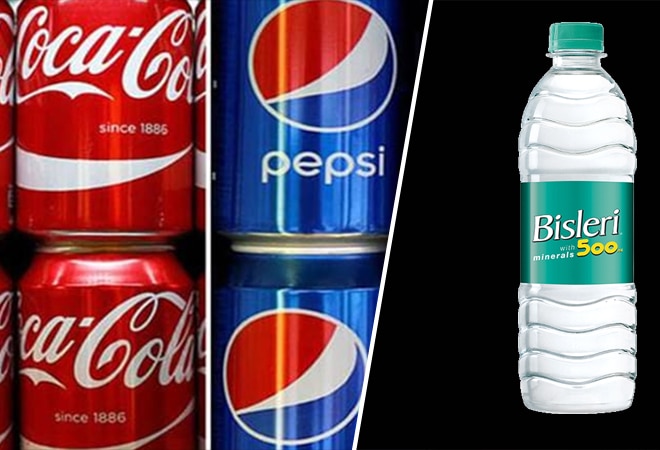 Beverage makers Coke and Pepsi and bottled water maker Bisleri have been fined by the Central Pollution Control Board (CPCB) for violating filing statutory returns to government bodies concerning the collection and disposal of plastic waste.

The pollution control board sent notices to the companies imposing heavy fines on them. While Bisleri has been fined Rs 10.75 crore, PepsiCo India Holdings and Hindustan Coca-Cola Beverages have been penalised Rs 8.7 crore and Rs 50.66 crore, the Times of India reported.

Also Read: Beware, there are microplastics in our bottled mineral water, says study

The companies have been given 15 days to remit the fine and comply with the norms they violated. In the case of plastic waste, the firms manufacturing plastics have to fulfill Extended Producer Responsibility (EPR). It is an exercise whereby the companies take responsibility for the disposal of products they manufacture once the latter is rendered no longer useful by the consumers.

Coke has furnished documents to the CPCB saying it gathered 4,417.78 tonnes of plastic waste from January to September 2020 compared to an EPR target of 1,05,744 tonnes.

Meanwhile, the CPCB has also fined other beverage makers including Patanjali for Rs 1 crore, while Nourishco Beverages, a 50:50 joint venture of Tata Consumer Products Ltd (TCPL) and PepsiCo, has been asked to cough up Rs 85.9 lakh.

Both Coke and Pepsi have said that they are currently reviewing the CPCB notice.

"We are in receipt of the notice issued by the Central Pollution Control Board. As part of the global operations of the Coca-Cola Company (TCCC), we operate in full compliance with the regulatory framework and within the ambit of the laws of the land, both in letter and spirit. We are currently studying the order and will be working with the relevant authorities to resolve the issue within the stipulated timeframe," Coke's spokesperson told the publication.

While the PepsiCo India spokesperson also said that the company is examining the notice, confirming that "an appropriate response is being filed."

Bisleri said it has adhered to all the guidelines of the government and is currently working closely with the regulators to share detailed information relating to its actions on compliance to resolve the issue at the earliest.

"As a dedicated and socially responsible corporate, we have adhered to all the guidelines issued by the government. We have been creating awareness about plastic segregation and recycling of plastic. We have been educating citizens through corporates, schools and RWAs. The idea behind the initiative is to "Be The Change You Want To See" by disposing and recycling plastic responsibly," a company spokesperson told BusinessToday.In.

Also Read: Why is it important for Coke and Pepsi to hive off their bottling operations?