Buoyed by the growth of the segment Rapido now intends to focus heavily on the category and build it to scale. "Initially our target used to be only 10 per cent of the business, post lockdown we are revising our target to minimum 25 per cent," says Aravind Sanka, Co-Founder, Rapido 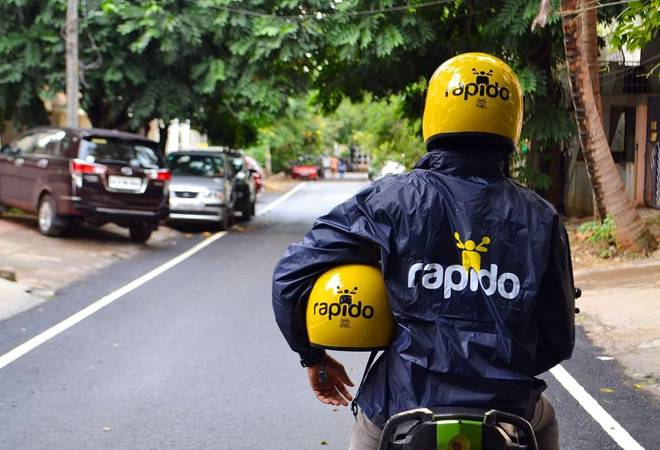 Worldwide mobility sector has been one of the worst hit segments with movement of people coming to a standstill for months. The nascent ride-sharing ecosystem in India was no exception. However, with start-ups in the space looking to secure revenue streams while managing costs, Bengaluru-based ride-sharing aggregator Rapido has pivoted its business to focus on logistics.

Aravind Sanka, Co-Founder, Rapido tells that in pre-COVID times, the company's people transportation business (bike taxi)  formed over 90 per cent of the revenues. The bike rider whom they term 'captains' would do nearly 5 lakh trips a day across 100-plus locations in the country. "At peak we used to have 250,000-300,000 captains working with us," said Sanka. With business evenly spread out between tier-1 and tier-2 cities, in spite of work from home and worsening pandemic in metros, the initial impact for Rapido was not much. However, with almost no business in the primary ride-sharing segment for nearly two months starting April, the company sharpened its focus on logistics business. While initially the company started out by partnering with state governments such as Delhi and Karnataka for delivering essentials during lockdown, later it collaborated with major aggregators such as Zomato, Swiggy, Big Bazaar and Spencer's for delivering groceries, food and milk to consumers. Over the last one month Rapido has launched  two new offerings Rapido Local  (hyper local delivery service) and Rapido Local  (deliveries for local and kirana stores) to strengthen the delivery portfolio. "Earlier only 8 per cent of the business used to come from logistics, but in April and May it was 100 per cent. In June and July steadily about 30 per cent of the business is coming from logistics," added Sanka. Rapido says its hyper local delivery  has already seen 60,000-plus transactions till date, while the overall logistics segment has seen nearly 1 million transactions a  month.

Buoyed by the growth of the segment Rapido now intends to focus heavily on the category and build it to scale. "Initially our target used to be only 10 per cent of the business, post lockdown we are revising our target to minimum 25 per cent." The reasons on the big bet on logistics include B2C delivery companies looking at other aggregators to weed out inefficiencies of the demand to manage costs and the cost advantage which Rapido believes to be much lower than competitors.

Also in its main business, the changes due to the pandemic and the safety of customers and 'captains' are taking paramount importance, and hence Rapido has enforced changes to its cancellation policies and safety and hygiene measures. While the business is operational in most locations, the uncertainty continues to  throw a spanner every now and then. Rapido says in FY20 the revenue growth was 8X compared to 13X in FY19 and has two years runway with its capital. Last August the company raised nearly Rs 400 crore from Westbridge with Nexus capital and Shunwei also participating in the round.