The last one week has seen a heightened row between multiplex owners and film producers in India, when the latter decided to release their upcoming releases on VOD platforms 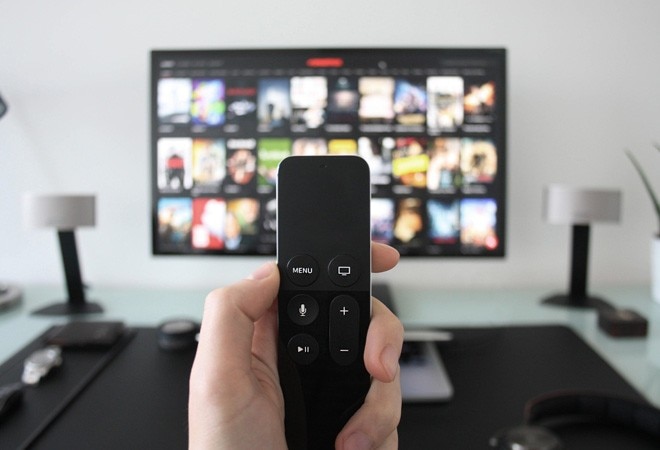 In the midst of the COVID-19 lockdown when multiplexes across the globe are forced to shut down, Universal Pictures released its popular franchise, Trolls (Trolls: World Tour), in the US on premium video-on-demand (VOD) platforms bundled with its other recent releases such as The Hunt, The Invisible Man and Emma at $19.99. "Universal Pictures has a broad and diverse range of movies with 2020 being no exception. Rather than delaying these films or releasing them into a challenged distribution landscape, we wanted to provide an option for people to view these titles in the home that is both accessible and affordable," Universal Pictures CEO, Jeff Shell said in a statement. Trolls is known to have garnered $77 million in the first three weeks of release on VOD. However, the film, according to analysts, needs to garner a minimum of $115 million in order to be profitable. In fact, the film's earlier version grossed close to $346 million, a bulk of which obviously came from box office collections.

This brings up the question of whether VOD will replace theatres? The last one week has seen a heightened row between multiplex owners and film producers in India, when the latter decided to release their upcoming releases on VOD platforms, as there is still no clarity about when multiplexes would be able to bounce back post the COVID-19 lockdown. Amazon Prime Video, for instance, would be releasing films such as Amitabh Bachchan and Ayushman Khurana-starrer, Gulabo Sitabo, mathematician Shakuntala Devi's biopic, Shakuntala Devi, and also Nawazuddin Siddiqui's Ghoomketu, directly on its platform. There are a host of other movies, such as Akshay Kumar's Laxmibomb, which are also considering a direct to digital release. Multiplex company INOX has issued a statement expressing its displeasure and disappointment about the producers bypassing theatres.

Theatres contribute over 70 per cent of a film's revenue and there is no way that the producers will not come back to theatres once the situation normalises, says a veteran filmmaker. "The belief that releasing films on digital platforms will be a long-term trend is a fallacy."

A film typically gets released on digital platforms eight weeks post the theatrical release and gets released on satellite television 60 days post the digital release. The producers have a revenue sharing model with the theatre owners, whereby the producer during the first couple of weeks of release gets around 52 per cent of the box office revenue, which in the following weeks settles at around 37 per cent in favour of the producer. While a small (Rs 5-15 crore budget) or mid-budget film (Rs 35-50 crore) may well make its money by avoiding a theatrical release, tentpole films having a big star cast like Salman Khan or Shahrukh Khan, which are aspiring for over Rs 300 crore revenue will never release their film on OTT, as theatre itself will give them Rs 200 crore revenue, which OTT will never be able to match. "It is the smaller or mid-sized films which don't do well in theatres. Only 5-7 per cent of small budget films made at a cost of Rs 10-15 crore earn a Rs 50 crore revenue at theatres. If a producer can do a good OTT deal, he may be able to earn more than his budget and even get 10-15 per cent ROI, without a theatrical release," explains a senior media professional.

So, why are multiplex owners worried when the big budget tentpole films can't afford to bypass them? The smaller films in any case don't garner the desired revenue. The concern for the multiplex owners, according to this media professional, is more to do with not having enough content to play as and when they are ready to open after the lockdown. "Tentpole releases are at the most 10 a year, and theatres run on full capacity for maximum 15 days. It is the small and mid-budget films which actually generate footfalls for the multiplexes throughout the year and also keeps their F&B revenue going," he further explains. F&B contributes upwards of 30 per cent of the revenue of most multiplexes.

Not having enough content as and when they open up is a huge concern for multiplexes, agrees Nitin Bhikchandani, General Manager, NBCUniversal Media LLC. "Multiplexes will need content when they open up. We are in talks with them to re-release some of our earlier films such as Fast & Furious and Despicable Me on IMAX and 4D-MAX after they open post the lockdown."

The multiplexes are already gearing up for further losses once they open up, as they would be forced to do staggered seating arrangements and also curtail their F&B offerings in order to ensure social distancing and contactless consumer experiences. Not having enough content to attract consumers will certainly add to their woes. However, the producer fraternity is in no mood to compromise. "If we don't release our films on OTT, we will have existential issues," argues a leading film-maker who has signed a deal to release his film with Amazon Prime Video. "There has always been an imbalance in favour of multiplexes. If our film doesn't do well, the multiplexes never give us a guarantee, they just take the film off. Moreover, we are releasing our films on digital when the multiplexes are shut," he further argues.

Media and entertainment professional, Ashish Kaul, considers the coronavirus lockdown a leveller for the film industry. "Film distribution over the last decade has turned into a self-defeating cabal with less than 2 per cent of the industry owning 98 per cent of the wealth. COVID-19 has accelerated digital dominance and reaffirmed my belief that future lies in digital and OTT distribution in the absence of a vaccine for corona. Film producers will now go back to working on proven concepts like shooting scripts that will bring down costs by 25 per cent."

Direct to digital release of films is fast becoming a reality, however, digital platforms can never match the cinematic experience that the theatres offer. Producers will surely be back to the theatres once the coronavirus fear dies out, but until then, its going to be disadvantage multiplexes.

Coronavirus effect: Japan to combine a fresh package to bail out businesses