Touted as a cryptocurrency guru in India, businessman and bitcoin entrepreneur Amit Bhardwaj has been arrested for allegedly scamming investors out of Rs 2,000 crore in Maharashtra alone. 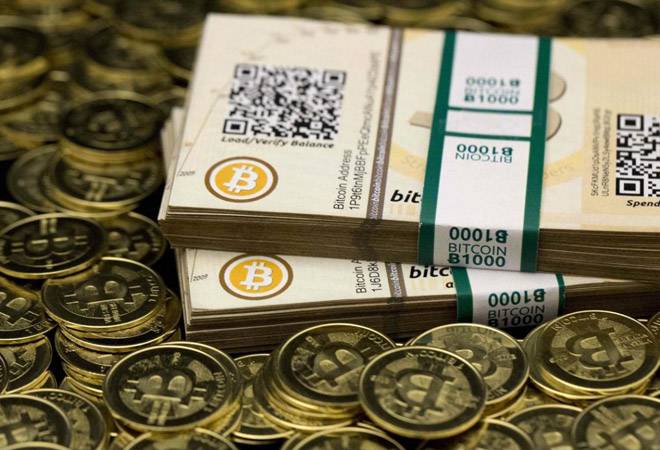 Touted as a cryptocurrency guru in India, businessman and bitcoin entrepreneur Amit Bhardwaj has been arrested for allegedly scamming investors out of Rs 2,000 crore in Maharashtra alone. One of the biggest Indian names in the digital-currency market, Bhardwaj, ran a slew of ventures, including GainBitcoin, GBMiners, MCAP and GB21.

GBMiners was billed as the pioneer of bitcoin mining in India, the biggest in the world outside of China. Bhardwaj's book Cryptocurrency for Beginners was promoted on social media by Bollywood actors Shilpa Shetty, Neha Dhupia and Huma Qureshi. His events in Dubai were attended by celebrities like Sunny Leone and Prachi Desai. Bhardwaj, who went into a hiding almost a year ago, was arrested at the Bangkok airport on Wednesday evening and later brought to Pune to face the trial.

THE FRAUD AND ITS MODUS OPERANDI

The cryptocurrency entrepreneur is accused of cheating investors with his bitcoin-based Ponzi schemes. Highly-placed officials involved in investigations told India Today that Bhardwaj's alleged scam could run between Rs 5,000 crore and Rs 13,000 crore. The suspect, unlike other fraudsters, used a flash drive to store the cryptocurrency investment, the sources revealed.

According to the complainants, he harnessed celebrity popularity and his technological know-how to lure gullible middle-class investors. Bhardwaj, said a senior investigator, presented himself as an entrepreneur of a different league. His background served as a bonus for him to project his business as a smart start-up, according to the sources.

An alumnus of Nanded's MGM College of Engineering, Bhardwaj worked with India's premiere IT firm, Infosys, before starting his own business. He launched the country's first bitcoin-based online retailer, called named HighKart. Bhardwaj was last seen in India speaking at an ASSOCHAM event in March 2017 on the "State of Cryptocurrency".

According to police complaints, the arrested suspect had adopted a multi-level marketing (MLM) model to draw investors to bitcoins. He first launched GBMiners and, in December 2015, rolled out GainBitcoin, a bitcoin-based investment option promising monthly returns of 10 per cent. In May 2017, Bhardwaj announced the launch of his own cryptocurrency token called MCAP as a payout option to its investors. MCAP was introduced as a more lucrative alternative to bitcoin. According to complainants, terms and condition on the GainBitcoin website were changed overnight to replace bitcoin with MCAP as the only mode of payout to investors.

Soon, the GainBitcoin website was closed down purportedly for maintenance. Bhardwaj, who had already left India, stopped entertaining phone calls from his Indian investors, the complainants allege. According to Maharashtra's minister of state for home, Ranjit Patil, the suspect swindled around Rs 2,000 crore from various cities of the state through this crypto projects.

A SCAM WITH PAKISTANI LINKS

But the actual size of the fraud could be much bigger, given the scale of Bhardwar's operations. His business, investigators say, grew rapidly from India to the UAE, Russia, Ukraine, Hong Kong, Indonesia to Venezuela. On March 16, India Today approached Bhardwaj for his response a series of accusations against him, but he didn't respond to the texts and phone calls.  Rather, he blocked the correspondent's number on WhatsApp.

Intelligence sources familiar with the investigations say Bhardwaj's suspected links with Pakistanis would also be probed. "He was helped in Dubai by people with Pakistani connections. The nature and extent of their involvement is being investigated. But the fact that such a large amount of money was swindled in the form of cryptocurrency to Dubai and that our agencies were able to bring him back is a matter of great satisfaction," an intelligence official said.

Pankaj Ghode, a consultant with the Pune police, told India Today "we are waiting to get our hands on the physical data and after that we would be able to figure out the exact number of bitcoins involved in this case. But we estimate that it could be anything between one lakh to five lakh bitcoins."

The value of one bitcoin, as of now, stands at around Rs 4.30 lakh, fluctuations aside. Sources in the Delhi police, which is also probing the fraud, says Bhardwaj's companies collectively control almost two per cent of the world's total hash power in the cryptocurrency market.  Hash rate or hash power, in common language, is the unit of measurement for the amount of computing power bitcoin network consumes in order to be continuously operational.
"It's virtually impossible to estimate the exact amount of money involved in this process because it is in cryptocurrency.  But a rough calculation would put the total money between Rs 5000 crores and Rs Rs 13,000 crore," said a Delhi-based investigator familiar with the case.

HOW FRAUD WAS UNEARTHED

Last year, Bhardwaj joined the club of fugitives like Nirav Modi and Vijay Mallya, who fled India to escape potential arrest for financial frauds. Only a handful of investors mustered the courage to go after him when all of his schemes turned out to be phoney. Most of them chose to remain silent, fearing counter-action as their investments fell outside of the legal realm. Parvendra Singh, a Nanded-based businessman, was the first complainant in India to get an FIR registered against Bhardwaj.  "I struggled for months to explain this case to different authorities -- from talking to local police to writing to the RBI, SEBI, the HMO and the PMO. Once I learnt that he was in Dubai I went there to meet him," Singh told India Today.

The investor barged into a tightly-guarded Dubai event attended by a number of business people and Bollywood celebrities. "They had given codes to the invitees on WhatsApp groups and barred anybody from carrying mobile phones," Singh said. The next day, he went to meet Bhardwaj at his plush office. Singh also recorded his conversation with Bhardwaj, who allegedly bragged "it's easy for me. I can buy 150 police stations with Rs 150 crore. There won't be a single FIR". Singh returned to India and launched a campaign for Bhardwaj's arrest, using WhatsApp groups to reach out to other investors and government officials.

Investor Yuvraj Pawar from Pune took a different route. Apart from writing to the PMO and other agencies, he approached MLAs to raise the matter in the state assembly. That prompted Maharashtra minister Ranjit Patil to inform the house about a look-out notice for Bhardwaj. Patil also announced the issue would be probed by the Enforcement Directorate. The ED registered the case under the anti-money laundering law on the basis of an FIR filed at Pune's cyber crime cell. So far, 8 people have been arrested in connection with the scam.

In Kolkata, a merchant navy officer, Rajiv Kumar, struggled for months to get heard for losing investments to Bhardwaj's fraudulent ventures. "When I first approached the police in Kolkata, I was treated as a suspect. I was questioned for hours and was eventually told that I should register an FIR at my home town," he told India Today.

In Delhi, businessman Guru Diwan, who had invested Rs 1.75 lakh in Bhardwaj's cryptocurrency platform, didn't file any police complaint. "There are hundreds of people like me in the city who are scared to file a complaint," he told India Today.