Cryptocurrency is junk; doesn't deserve to be considered as medium of exchange: Mastercard CEO Ajay Banga

Banga refers to the indictment of 12 Russian intelligence officers in the hacking of the DNC and for interfering in the US elections, saying the FBI had disclosed the Russian agents handled the most delicate transactions using Bitcoin. 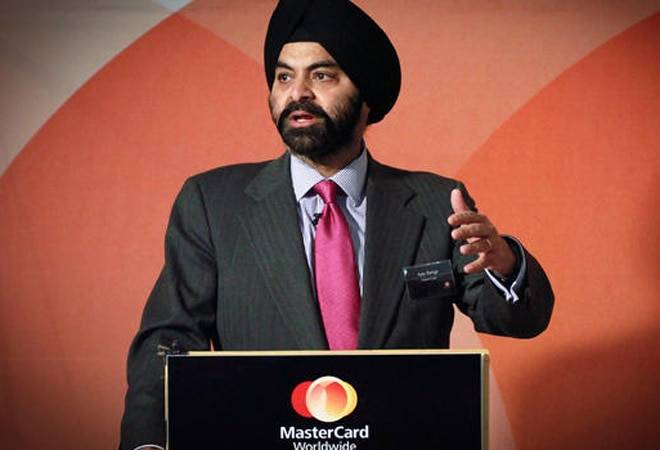 Terming cryptocurrency as "junk", Mastercard President and CEO Ajay Banga has said an "anonymised" currency that can fluctuate "wildly" does not deserve to be considered as a medium of exchange. The India-born head of the American multinational financial services corporation voiced concern that 95 per cent of all illegal transactions on the dark web, including child prostitution, drugs, credit card and social security fraud, are paid for using cryptocurrency.

A cryptocurrency is a digital currency in which encryption techniques are used to regulate the generation of units of currency and verify the transfer of funds, operating independently of a central bank. I think cryptocurrency is junk.The idea of an anonymised currency produced by people who have to mine it, the value of which can fluctuate wildly -- that to me is not the way that any medium of exchange deserves to be considered as a medium of exchange, Banga said here. He was responding to questions about cryptocurrency during the New India Lecture' organised earlier this week at the Indian Consulate under the aegis of Consul General Ambassador Sandeep Chakravorty. The lecture series is organised by the Consulate in partnership with the US-India Strategic Partnership Forum (USISPF).

Banga said cryptocurrency is not a good medium of exchange as it does not have predictability and transparency. "Why is that the medium of exchange that is being preferred, he said. Banga also referred to the indictment of 12 Russian intelligence officers in the hacking of the Democratic National Committee and for interfering in the US elections, saying that the FBI had disclosed that the Russian agents handled the most delicate transactions using cryptocurrency Bitcoin. Banga said cryptocurrency was used in such dealings because it is anonymous.

Why civil society would like to put a snake in its backyard and think that somehow the snake will only bite my neighbour, I don't get it, he said. On the escalation of trade wars between countries as they impose tariffs on goods in a tit-for-tat manner, Banga said countries that have benefited over the years from the openness and transparency of nations that had opened up their markets for trade, need to also be willing to play by the rules, whether it is the obvious rules or the slightly less obvious, surreptitious rules.

My worry about trade is not to do with the idea that the principles of global trade need to be renegotiated to create a more level playing field on all sides of this environment for recipient and exporting countries but also that the way of getting to that agreement has to be more mature than what I feel currently is the pathway that is being followed, he said.

Banga stressed that in the current environment, it is time for people to have a debate about how open trade should be constructed. He said globalisation worked by opening up trade but the manner in which those trade rules have been decided and the manner in which some countries follow rules and others openly and flagrantly violate the rules, whether it been in intellectual property protection, duties, creating sneaky artificial barriers needs to be addressed.

Banga also made a strong argument over the need for society to prefer electronic payments instead of using cash, emphasizing that cash and not credit cards are used to fund illicit activities such as drug distribution and terrorism. India is deeply impacted by terrorism as is this country. Do you really believe that the drugs that flow through from Afghanistan to Pakistan to India and corrupt the youth in Punjab today, that the drugs in America s campuses come in exchange for a credit card payment?

They come in exchange for cash and yet society buys into the logic that cash is free and electronic payments are expensive. Society needs to wake up, Banga said. He supported Prime Minister Narendra Modi's push towards digitisation and enabling a cashless society in India. Cash is not free. That's with the Indian Prime Minister has said and the reason why he is saying this is that he gets it.

On a question on the importance of diversity in the world, Banga said surrounding oneself with people who look different, who don't walk like you, talk like you, didn't have the same experiences as you, didn't go to the same schools as you, makes an individual richer. It makes you more innovative more creative. You don't have the same blind spots and you benefit as a human being. He said it is a shame to surround oneself with only one kind of people.