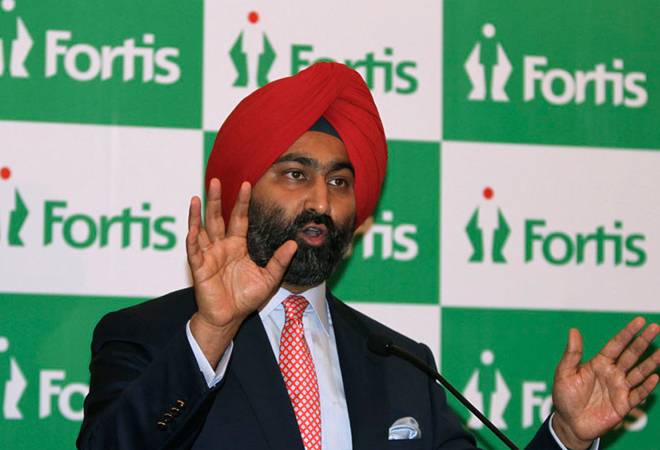 The Delhi Police's Economic Offences Wing (EOW) has registered an FIR against former associates Sunil Godhwani and his brother Sanjay Godhwani and 14 others based on complaints filed by Malvinder Singh's Malav Holdings Private Ltd for alleged large-scale misappropriation of funds in the aviation business.

Malvinder Singh's Malav Holdings Pvt Limited had, in November 2018, filed a complaint with the Delhi Police, accusing the Godhwanis and others of allegedly hatching a conspiracy and causing wrongful loss of around Rs 18.8 crore. The complaint alleged the accused had breached the trust reposed in them and made fraudulent payments using fake invoices for fictitious expenses.

As per the complaint, Malvinder Singh's Malav Holdings owns 50 per cent stake in NBFC RHC Holding Private Ltd, which in turn holds 30 per cent shares in Ligare Aviation Ltd (LAL). RHC also owns 67.27 per cent in RHC Finance Pvt Ltd, which owns 70 per cent LAL. The complaint says Godhwani brothers, in connivance with others, caused a wrongful loss to LAL, which directly affects Malav Holdings.

Explaining the modus operandi, the complaint alleges the Godwanis first acquired subsidiaries of Ligare Group by misusing their powers, changed their corporate names and then sanctioned payments to them, which were later routed to their accounts. Ligare Aviation was run by Sanjay Godhwani independently. Sanjay Godhwani was appointed CEO of LAL on May 1, 2006, and made a whole-time director on August 6, 2006. On January 1, 2008, he was appointed the company's MD.

The complaint says that it was revealed through the Ministry of Corporate Affairs (MCA) website that Sanjay was also the key shareholder of SAPL, wherein he held 99.99 per cent of shares. SAPL or Spectrum Aero Pvt Ltd (formerly known as Ligare Flysims Pvt Spectrum Aero Pvt Lt), was formally a 100 per cent subsidiary of another company called Ligare Voyages Ltd (LVL).

An internal investigation revealed Rs 42.2 lakh was paid to SAPL by LAL on December 2, 2015, using false invoices, says the complaint. Similarly, the said accused made payment worth Rs 3.8 crore from LAL to a company called Phoenix International Ltd in the name of "slot coordination and kit procurement" using false receipts. In another instance, the complaint alleges that LAL during Godhwani's tenure made payments worth Rs 4.5 crore to five entities -- Shaurya Aeronautics Pvt Ltd, Silverline Aviation Pvt Ltd, Aviation India, Ultra Shine Aviation India Pvt Ltd and Pinnacle Air Pvt Ltd -- in 2015-16. All were allegedly made using fabricated invoices. The company also made payment worth $130,0000 twice to Empire Aviation Group and Dubai-based Metal and Steel Solutions FZC in 2014 -- all using false invoices, alleges the complainant.

Ligare Aviation was the charter airline business of the Singh brothers, which was started in 2006. It ran air services offering helicopter jets, turbo-props and later forayed into air ambulance services, diversifying further into crew training and aircraft maintenance. Ligare Aviation's board comprised Singh brothers, their family and associates, which included Sanjay Godhwani (brother of Sunil Godhwani). Sanjay resigned from company's board in November 2015 citing internal differences.

The real blame-game started in 2018 when the Singhs blamed Godhwani brothers for taking wrong business calls, causing them to land in a difficult financial position. Out of several of businesses losing money, the biggest drain on Religare were its subsidiaries, Religare Capital Markets and Ligare Aviation. As per the Singh brothers, besides Religare, all investment companies and the funds in their holding firms, Oscar and RHC Holding, were managed and operated by Sunil Godhwani independently.

Malvinder Singh (46), his brother Shivinder Singh (44), Sunil Godhwani (58), two others, Kavi Arora and Anil Saxena, were arrested by EOW for allegedly diverting the money and investing in other companies in November. A Delhi court in December 2019 extended the judicial custody of Malvinder and Sunil Godhwani till January 6.

Future Retail signs long-term deals with Amazon India; to raise up to $500 mn via dollar bonds