Satyam: A decade on 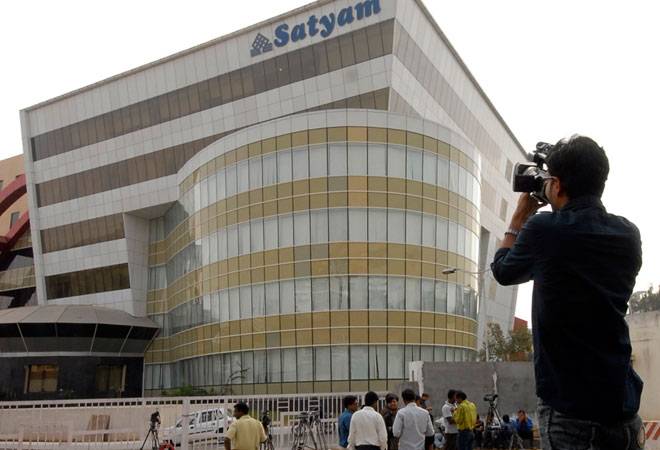 Ten years ago today, Byrraju Ramalinga Raju, as the chairman of Satyam Computer Services, wrote that fateful letter to his board members admitting that the books of the company had been cooked. Couple of days later, Raju was arrested and the Criminal Bureau of Investigation (CBI) took up the matter in February that year.

Financial frauds and issues around slippages in corporate governance kept financial journalists engaged in 2018, but much like the certainty of elections in 2019, most were unable to stay comfortable with the fact that the start of 2019 would also mark a decade since Satyam happened and it being still an open case.

Business Today last year reached out to several people, who were either involved in dealing with the aftermath of the developments or are known experts in the areas of corporate governance and in accounting. Various people, at different points of time during the year, starting from the second half of 2018, shared their thoughts.

Within 100 days since Raju's letter, India created a history. With proactive involvement of the government, a first- of- its- kind experiment globally was set in motion as the government and the private sector worked together to quickly get the company back on its feet, led by a six-member board appointed by the government.  "I used to hear people referring to it as a lesson that the West has to learn from India on how to resurrect a company from a crisis," says T N Manoharan, one of the members of a six-member board. He is today an independent director on the board of Tech Mahindra. Post scam, Satyam morphed into Mahindra Satyam, which later merged into Tech Mahindra. In fact, Kiran Karnik, the former president of NASSCOM and a thought leader, who was also a member on that six-member government -appointed board, recalls how neither in the US nor Europe could he find any instances, where a company had gone through a major fraud and had been put back on track. "It only meant we had no experience to learn from and that only got us determined to demonstrate that India had the capability and the resilience to be able to handle it. That was the key challenge and the key differentiator ."  He says so with good reason. After all, as he also points out, "West has made the declaration of bankruptcy too easy and companies just wind up". If you have any doubt? Think of the Enrons and Andersons.

But Satyam is still an open case and it is for the courts to pronounce the final view and judgement. As the case stands, Raju, his brother and eight others, having served a few months in jail, was later sentenced by a lower court with imprisonment. However, they have appealed against it and are out on bail with appeals pending before various courts for various cases.

Satyam episode stood out for the three limbs of corporate performance that it put sharply into focus: The role of promoters, the behaviour of independent directors and finally and arguably for the first time in India, the role and responsibilities of auditors. "Satyam was a wake-up call for persons both within and outside the Indian boardrooms. It was not really a problem of absence of regulations, but it was more about someone taking liberties with existing regulations," says M Damodaran, a leading governance consultant and the chairperson of Excellence Enablers, a corporate governance advisory firm. Damodaran, known to many as the former chairman of Sebi, is also on the board of Tech Mahindra. He points to a slew of regulatory changes that were brought about following the Satyam episode. "Schedule IV of the Companies Act, 2013 is really a by-product of Satyam. It is a laundry list arising out of a kneejerk reaction to the prevalent though unsubstantiated belief that the Independent Directors were sleeping on the job." A host of new components were added and corrections brought about.  Manoharan, for instance, points out at the pledging of shares by the promoters of Satyam. "It was not required to be disclosed earlier. But Sebi rightly brought in that need for disclosure. Now, this has to be reported."

The ICAI (Institute of Chartered Accountants of India), he says, also acted and cancelled the licenses of both the signing partners in the auditing firm (PwC) and few others connected with the case. "They appealed against it but the ICAI order was upheld and subsequently they are in the court. In any case, on both the fronts of Sebi and ICAI, there has been action and verdicts passed. Sebi also passed an order in 2017 banning PwC from conducting audit for listed entities for two years. The cases are now before the courts," adds Manoharan. All in all, as Damodaran observed: There is a long way to go. However, both in terms of corporate conduct and improved regulations and legal provisions, it is better today than in pre-Satyam era."

Despite the progress on regulations, the financial frauds and corporate mismanagement continue to cause concern. Be it the Kingfisher Airlines and handling of affairs by its promoter Vijay Mallya or the case of Nirav Modi. There are questions around corporate governance and best practices too. For instance, the issues around disclosure requirements in the case of ex-CEO of ICICI Bank Chanda Kochhar. Various whistle blowers in different companies have at regular intervals flagged issues, raising fresh concerns each time. It is perhaps with good reason that Manoharan says that "morality cannot be legislated but conduct can be regulated", which is what the regulators tried to do.  To this, he adds: If there is a speedy redressal of cases and expeditious judgements pronouncements with strong indictment on crimes committed, it will send out a strong signal to all the fraudsters and deter them."

"To expect that because you have fine-tuned the laws, rules and regulations, corporate governance will improve, is to expect too much. Governance will improve when Corporates see value in governance,"   feels Damodaran. The governance expert makes an interesting distinction:  "Good corporate governance or the lack of it presents itself in two forms. Firstly, it manifests itself through the scams and financial frauds that companies get involved in.  We are seeing, in recent times, too many of these for our comfort. Secondly, the promoter's seen or unseen hands manipulate matters in the boardrooms." His second point seems to be the one bothering many CEOs in corporate India today as to how and when to disconnect after leaving.

So, how safe is the investor today?  "Investor safety derives largely from investor education. An educated and informed investor is a safer investor because he or she knows what to look out for and not to be swayed by the name or the size of an organisation. It is clearly still a long way before we can satisfy ourselves that all investors are sufficiently informed," said Damodaran. Apparently those who abide by this and the companies stand to gain. "Over the last several years, you will notice that there is something called governance premium that is attached to companies that are believed to be well-run. This has become more obvious post Satyam. It only goes to show that the more honestly managed companies are able to attract interest from investors (both retail and institutional)." He underlines the fact that corporate governance is a necessary condition and not a sufficient condition because you do need a good product and a market for sustainable performance.

One easy solution and a no brainer really is to get stalwarts on the board of a company because a promoter cannot armtwist him or her into toeing the promoter's line.  But does it work that way?  "The Satyam Board had outstanding individuals. However, many independent directors believe, though they may not articulate it, that they were brought on the board by the promoter and therefore should not oppose him even though they have reservations. This is apparent from the draft minutes of the meeting to discuss the Satyam-Maytas merger.

Everybody on the board raised every conceivable objection but eventually the proposal was approved unanimously. I call this the penalty box syndrome because you reach the penalty box but do not want to take a shot at the goal so as not to offend anybody," says Damodaran.

Obviously, as he and others feel, all of this needs to change. "Despite all the elaborate laws and fine-tuned regulations in place, scams will happen. The only way out is better surveillance, improved investigation, and quick and deterrent punishment," adds Damodaran

Reaction by the Securities and Exchange Board of India (Sebi):

ICAI (Institute of Chartered Accountants of India) reacted too:

Challenges on the road ahead