Religare Finvest Ltd (RFL) in its complaint alleged that Religare Enterprises Ltd (REL) and its subsidiary RFL have been duped and the company's properties worth "hundreds of crores have been misappropriated, siphoned off and diverted through a labyrinth of financial transactions," 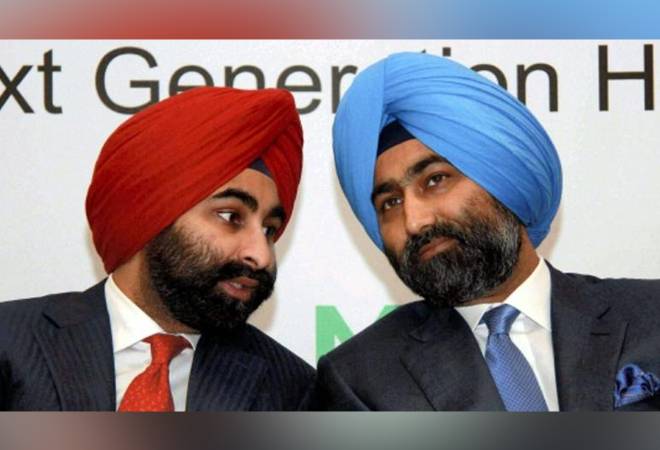 The EOW on Wednesday registered the First Information Report (FIR) on the complaint of Religare Finvest Ltd (RFL), a subsidiary of Religare Enterprises Ltd (REL) against the Singh brothers, REL's former Chairman and Managing Director (CMD) Sunil Godhwani and NK Ghoshal, a stock broker and an associate of the Singh brothers.

Case FIR 50 /19 u/s 409, 420,120B IPC was regd on complaint of Religare Finvest (RFL) that Malvinder M Singh, Shivinder M Singh & ors having control on REL, put RFL in poor financial condn by disbursing loans to entities controlled by them causing loss of ₹ 2397 Crs to RFL.

RFL in its complaint alleged that REL and its subsidiary RFL have been duped and the company's properties worth "hundreds of crores have been misappropriated, siphoned off and diverted through a labyrinth of financial transactions," The Economic Times reported.

The complaint was lodged on the basis of several internal inquiries which includes an independent forensic review, the RFL management and board undertook, the report stated.

The inquires revealed siphoning and misappropriation of funds of RFL totaling to about Rs 740 crore in aggregate through loans to entities controlled by, connected to or known to the promoters or their associates.

The complaint, in the FIR accessed by the news daily alleged that Singh brothers colluded with co-accused and "orchestrated the financial scam in or around 2016." It indicts the brother duo of hatching "a well thought out and organised criminal conspiracy by which a financial scam of huge magnitude has been effected (sic)."

The complaint also sought tracing and restoration of RFL's properties. Singh brothers were promoters of REL till February 2018, but as promoters, they "exercised deep and pervasive control over the management of RFL since it was a subsidiary company." the report said.

The complaint which is a part of the FIR further read "REL is of the belief, also shared by RFL, that Singh brothers and Sunil Godhwani colluded and siphoned off funds from REL and its subsidiaries which include RFL and committed corporate fraud."

As per the report, the REL and RFL have filed a separate complaint with the corporate affairs ministry to look into and investigate the said fraud.

Earlier this month, the Supreme Court had asked the brother duo (former fortis promoters) to come up with plans to pay Rs 3,500 crore to Daiichi Sankyo as part of an arbitration award passed against them by a Singapore tribunal.

The Singh brothers appeared before a Supreme Court bench headed by Chief Justice of India Ranjan Gogoi in a case filed by the Japanese drugmaker to explain the sale of Fortis Healthcare to IHH and the arbitration award case. During the hearing, senior lawyer Fali S Nariman, who was representing Daiichi, said that while Malvinder claimed he was trying to pay off all debts, Shivinder had become a ''sadhu" (a sage).

"It is not about individual honour but it doesn't look good for the country's honour. You were the flag bearers of the pharmacare industry and it doesn't look good that you are appearing in court," the bench, also comprising Justices Deepak Gupta and Sanjiv Khanna, said.

Also Read:SEBI directs RFL, REL to recall loans worth over Rs 2,300 cr from Singh brothers, others

The bench further asked the Singh brothers to appear before it on March 28 and submit the payment plan. The bench said that "hopefully it will be the last time you are appearing in the court".

Back in 2016, the Singapore International Arbitration Centre had ordered the Singh brothers to pay $500 million for concealing information about alleged suppression of facts at Ranbaxy Laboratories when its shares were sold to Daiichi Sankyo for $4.6 billion in 2008. The case involved some 20 Ranbaxy shareholders who had sold a controlling stake in the multi-national pharmaceutical company to Daiichi.

Also Read:Singh brothers case: Who are Sunil and Sanjay Godhwani?

iD Fresh to go fully organic in a phased manner