"If Facebook wants to become Amazon in India, they will have to start from scratch. A strong local partner in the form of Jio will be a huge advantage for the social media major," said says Shyamala Venkatachalam, Founder, The Remediation Company 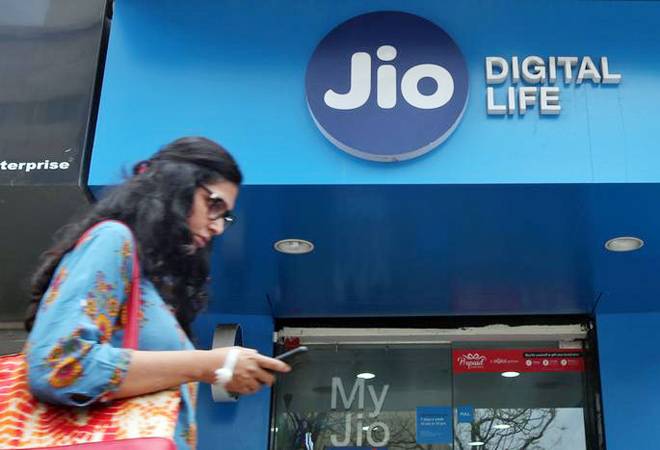 When e-commerce grocery platforms were unable to keep up their promise of on-time delivery through the coronavirus lockdown, it is the ubiquitous neighbourhood kirana stores which have made sure that essentials are available all the time. Some of the more enterprising grocers even enabled consumers to place their orders on WhatsApp, which was home-delivered within a couple of hours of the order being placed. A recent Nielsen report on FMCG consumption during COVID-19 lockdown also makes a mention of consumers increasingly wanting to use WhatsApp for ordering grocery in an era of social distancing. If consumers could also transfer to the local grocer through WhatsApp, it would be a classic case of non-contact transaction done at a hyper-local level.

The larger game plan of social media giant Facebook's Rs 43,574 crore investment (for a 10 per cent stake) in Reliance Jio, say experts, would be to fuel its ambition to convert WhatsApp into a payment app. "Facebook has over 400 million WhatsApp users in India and it has been wanting to launch a payment app in the country for quite some time, but it has faced lot of challenges because of privacy issues. Having a local partner could help in navigating various regulatory issues, including those related to privacy and local storage," says Shyamala Venkatachalam, Founder, The Remediation Company, corporate law and regulatory advisory.

Reliance has already embarked upon the path of onboarding local kirana stores and retailers into its network and getting them to order inventory from JioMart through its PoS machines. It also has its payment app JioMoney, and onboarding of WhatsApp will result in a super app which will have an ecosystem of the 388 million Jio customers as well as the over 400 million WhatsApp users. "When Facebook and WhatsApp are embedded on Jio phones, they will have access to each other's customer base and for the consumers it will be a single-window through which they can connect with one another, consume content, shop, as well as make payments," Venkatachalam further explains.

"Reliance has been trying to build an ecosystem in India, where apart from telecom and data it is offering a host of other services such as retail, financial products and entertainment. A platform with a super app will be a super combination," says retail expert Govind Shrikhande. He says that this deal will give Facebook instant access to the digital payment space.

Facebook, says Technopak Chairman Arvind Singhal, has been having e-commerce aspirations for a long time and the deal with Jio would help trigger that significantly. Facebook, for instance, has Facebook Marketplace, where a lot of small entrepreneurs like costumer jewellery sellers, small apparel and food entrepreneurs do business. "Now these entrepreneurs will have a larger platform of consumers to target," says Singhal.

"If Facebook wants to become Amazon in India, they will have to start from scratch. A strong local partner in the form of Jio will be a huge advantage for the social media major," adds Venkatachalam.

A significant part of Reliance's new commerce strategy is to create an ecosystem. In fact, creating consumer ecosystems and engaging with them has become a way of life for most retail majors across the world. Amazon, for instance, likes to call itself a tech company and not a retailer. With offerings such as Amazon Prime Video (OTT platform) Amazon Pay (e-wallet), Kindle, Fire TV Stick and Alexa, it is obviously reaching out to consumers through an array of products and services. Amazon Prime already has a membership base of 150 million users, 80 per cent of the consumers in the US have an Amazon Prime. The same goes with Jack Ma-owned Alibaba, in China, which apart from e-commerce and physical retail offers a host of services. It has its own version of Facebook, Messenger, YouTube and WhatsApp offerings. It also has a film production arm, which had even produced a Hollywood film, Rogue Nation, starring Tom Cruise. Alibaba's escrow service, AliPay for instance, is a $60 billion turnover company.

Therefore, the Facebook deal will further add to Reliance's business ecosystem. Apart from its host of retail offerings, mutual funds, insurance and lending services, the company has also picked up stake in entertainment businesses such as Viacom 18, Balaji Telefilms, Eros and Saavn to step up its entertainment offerings on JioTV and JioMovies. Reliance Chairman Mukesh Ambani has been particularly euphoric about his fibre-to-home initiative through which he promises 4K entertainment to his consumers. In order to strengthen its ecosystem, the company has also invested in technology companies that offer solutions in artificial intelligence, haptics, voice recognition and virtual reality. "Reliance aspires to offer every kind of consumer-facing services to its customers through the Jio network, and the deal with Facebook will significantly boost its tech capabilities," says Singhal of Technopak.