As the year draws to a close, the debt market has seen a net inflow of nearly Rs 27,000 crore by FPIs, while a further amount of Rs 9,000 crore found its way to the hybrid instruments, shows the capital market data compiled by depositories 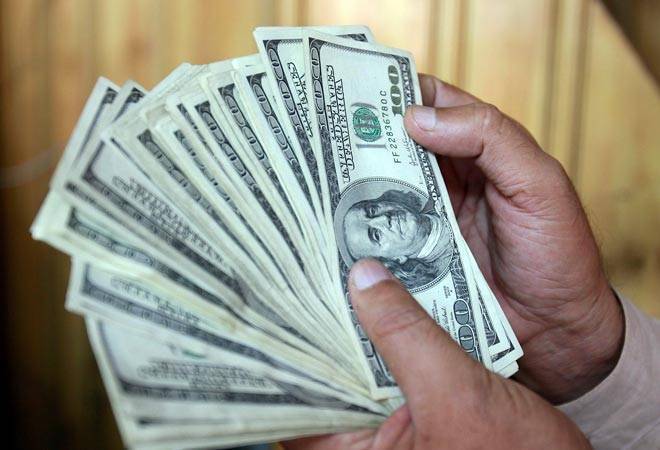 Experts believe the positive trend may continue in 2020 as well

Ignoring negative sentiments around falling GDP growth rate and some policy roadblocks, foreign portfolio investors seem to have flocked to the Indian capital market in a big way in 2019 with a net inflow of over Rs 1.3 lakh crore, including Rs 97,250 crore in equities -- the highest in last six years.

As the year draws to a close, the debt market has seen a net inflow of nearly Rs 27,000 crore by FPIs, while a further amount of Rs 9,000 crore found its way to the hybrid instruments, shows the capital market data compiled by depositories.

Experts believe the positive trend may continue in 2020 as well, but downside risks might arise in form of the US-China trade war and any further deterioration in the domestic credit market conditions. The potential positives include favourable global interest rates, continuing fund infusion by central banks and an expected revival in domestic corporate earnings, Bajaj Capital Head Research and Advisory Alok Agarwala said.

However, negative developments surrounding the US-China trade war, a sharp rise in crude oil prices and a continuing credit crisis in Indian non-banking finance companies (NBFCs) can spoil the show, he added.

As of now, the foreign portfolio investors (FPIs) have made a net investment of Rs 1.33 lakh crore (nearly USD 19 billion) in the Indian markets so far in 2019, while a few days of trading is yet to take place.

While FPIs have made gross purchases worth over Rs 18 lakh crore so far this year, they have sold securities worth Rs 16.7 lakh crore across equities, debt and hybrid instruments.

Market experts attributed the staggering inflow in the capital markets this year, after massive outflows in 2018, to a host of global and domestic factors including change in the US monetary policy stance, expectation of positive outcome of the US-China trade deal and corporate tax rate cuts back home.

"The recovery in FPI flows in this year was led by a change in US monetary policy stance and interest rate cuts of 75 basis points in the second half, supported by hopes of a positive outcome from the US-China trade agreement, which bolstered the risk-on sentiments among foreign investors who diverted huge investments towards emerging markets, with India too receiving its share,"said Himanshu Srivastava, Senior Research Analyst, Manager Research at Morningstar.

There was a brief pause between July and September due to imposition of an enhanced tax surcharge on FPIs in the Union Budget presented in July and a fall in the GDP growth rate to below 6 per cent.

However, sentiments recovered in October-November after the enhanced tax surcharge on FPIs was rolled back and the government delivered a USD 20 billion fiscal boost by way of corporate tax rate cuts targeted at boosting corporate profitability and encouraging the setting up of new manufacturing facilities.

Other factors that contributed to the revival included relief measures for real estate industry and NBFCs and a surprisingly stable Indian Rupee.

Overseas investors have preferred equities over debt in 2019 with much higher inflows.

"Equity preference would largely be because FPIs were seeking higher returns from their investments. Investors from the west are exposed to lower interest rates with the constant fear of negative interest rate in some of the larger economies. This makes FPIs seek higher returns which they think they will be able to secure from equity investments in India," said Harsh Jain, Co-founder and COO of Groww, India.

Banks, oil and gas and insurance sectors have been among the top recipients of FPI flows. While private banks continued to hog the limelight, the year saw many insurance companies getting listed on the bourses, which saw strong FPI interest.

FPIs started the year on a negative note and pulled out over Rs 4,200 crore from equities in January, but turned net buyers in February and the positive momentum continued till June.

However, FPIs turned net sellers in July0August and pulled out over Rs 30,00 crore after the government announced a super-rich tax, which also impacted foreign funds. Besides, global cues turned un-supportive. Further, brewing tension between US and Iran, an escalating US-China trade war and fears of slowing global growth created a risk-off sentiment, which did not augur well for emerging markets like India.

Reversing their selling spree, FPIs once again turned net buyers in September and the momentum continued till November after the government announced steps to boost the economy and spur investments.

Going ahead, Umesh Mehta, head of research at Samco Securities, said there would not be any major change in the FPI behaviour in 2020 as an uncertainty will continue in developed markets, at least till the US elections are over and the trade war tensions subside.

"FPIs would continue to be watchful of the domestic environment and tread cautiously. The long- term trend would be largely guided by the government efforts getting translated into revival in domestic economy and corporate earnings. On the global front, the outcome of US-China trade war and how global economy shapes up will have an influence of the foreign flows flowing into India," Srivastava said.