Since its launch in India four years ago, Netflix has licensed hundreds of Indian films and shows, and invested in over 40 Netflix original 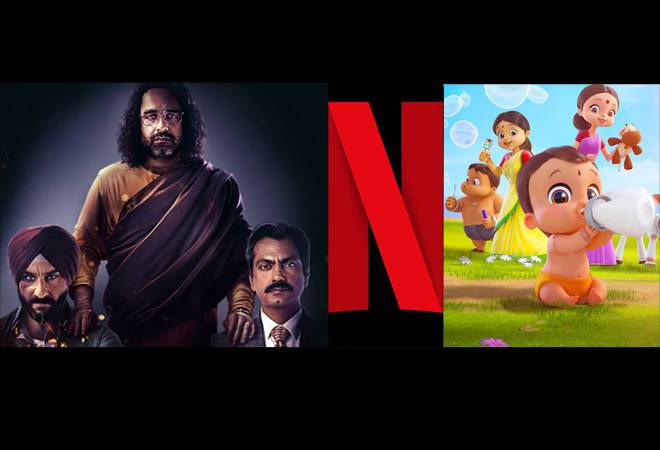 Mighty Little Bheem has been watched by 27 million households around the world, including in Latin America, Australia and New Zealand

In FMCG, shampoo sachets were an innovation for India that went to the outside world. Entertainment industry too isn't behind.

Netflix is now taking its cheapest Rs 199 monthly plan for smartphones to Malaysia and other countries, says Netflix Founder and CEO Reed Hastings.

He says they are learning from Indian market and testing more features. Another is around downloading. Without getting into specifics he says, "We had never done downloading...and people here really love it. They use it during the commute or sometimes when the network is not available. A lot of innovation is being driven from our learning from our Indian members."

Netflix is investing Rs 3,000 crores in India alone in 2019 and 2020. Since its launch in India four years ago, Netflix has licensed hundreds of Indian films and shows, and invested in over 40 Netflix originals. The reason for such strong emphasis on Indian content is the growing number of new people joining the internet. According to data by market research agency Kantar IMRB India's internet users will reach over 600 million in 2019 due to internet penetration in rural areas.

"It's very competitive, whether that's YouTube or Hotstar, Amazon or Netflix. There are so many options for people. So it's up to us to tell you better stories," Hastings says.

The focus on India is to primarily invest in content that will have global audience.  "There is an opportunity here to be like the UK which exports tremendous amounts of content," says Hastings. He adds that India has a long tradition of movies, there's also space for premium series like Leila and Sacred Games.  "That's where I think there's such an opportunity in addition to the movies so we are trying to figure that out," he says.

He shares how they have seen success with Sacred Games that got appreciated globally. Even Mighty Little Bheem, which since its release in 2019, has been watched by 27 million households around the world, including in Latin America, Australia and New Zealand.

Netflix has over 160 million members around the world.