The last month's data was a bit disturbing as the cancellation rate of the airline jumped sharply to 2.1 per cent from a meagre 0.36 per cent in October 2019 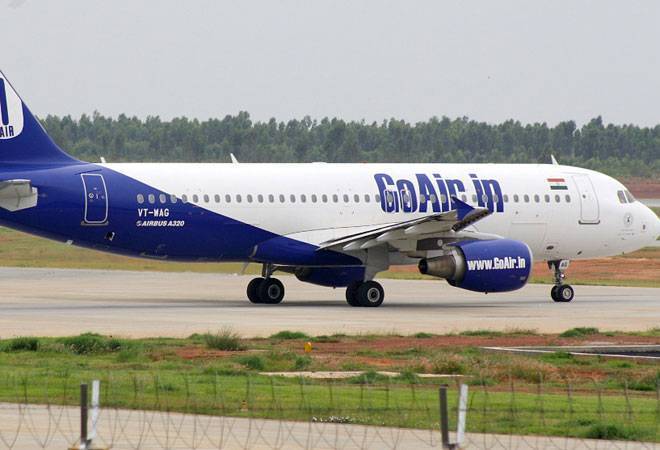 The Wadia group-owned GoAir has suspended operations for 19 flights across destinations for the second day in a row after suspending 21 flights on Monday due to non-availability of aircraft and inadequate operating crew. Delhi, Mumbai, Bengaluru, Ahmedabad, Kochi, Patna and Lucknow, among others, are the cities from where these flights have been cancelled.

The company had attributed the non-operations of these flights to protests against Citizenship Amendment Act (CAA), hostile weather and the duty norms for the cockpit crew, among others.

The last month's data, however, was a bit disturbing as the cancellation rate of the airline jumped sharply to 2.1 per cent from a meagre 0.36 per cent in October 2019. Its cancellation rate has remained below 1 per cent so far this year. It should be noted that the severity of weather changes with time. Some other scheduled airlines with higher rates include Air Heritage (80.7 per cent), Air Deccan (33.3 per cent) and Zoom Air (31.25 per cent). The overall cancellations too held its head high by continuously remaining above 1 per cent since July 2019. It increased from 1.46 per cent in October to 1.87 per cent in November 2019.

With recent cancellations, the December numbers of GoAir may throw worrying trends when they are out. 'Weather' formed the highest share (45.3 per cent) among reasons for cancellations in the previous month compared to a much lesser share of 15.3 per cent and 31.3 per cent, respectively, in the same month of the previous two years. This was followed by 'technical issues' (32.6 per cent) and 'miscellaneous' (14.4 per cent) in November 2019. GoAir operates over 200 flights per day across domestic and international destinations with a fleet of 57 aircraft has a market share of around 11 per cent.