LIC to be a listed company? If it does, it will be bigger than Reliance Industries, TCS

LIC public listing plan: The proposal, which is at an early stage, is to initially sell a small tranche of the behemoth through an IPO and later dilute the government's holdings 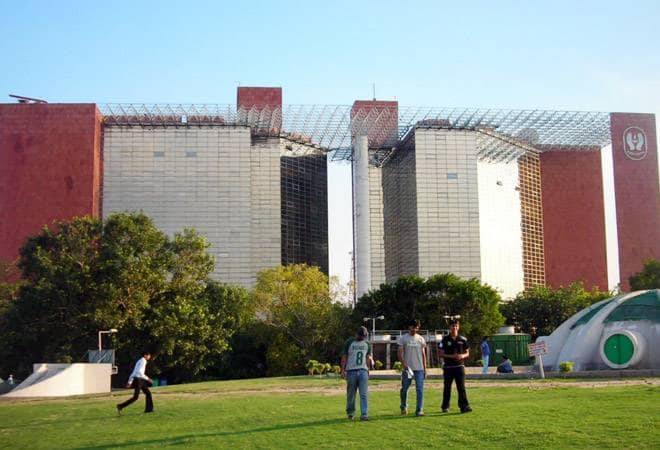 LIC public listing plan: If things go to plan and LIC follows suit, it would emerge as India's largest company by market capitalisation, overtaking the likes of RIL and TCS

With the Modi government gunning for highest-ever disinvestment target of Rs 1.05 lakh crore in the current fiscal, state-owned Life Insurance Corporation (LIC) is being considered for a potential listing on the bourses. LIC is India's largest insurer, cornering over 70 per cent of the market share. As many as 23 other players vie for a slice of the remaining pie.

Sources told The Indian Express that the proposal is to initially sell a small tranche of the behemoth through an IPO and later dilute the government's holdings. While the matter has been discussed with the government, the process is still at an early stage. In Budget 2019, Finance Minister Nirmal Sitharaman already proposed to increase the minimum public shareholding in listed firms to 35 per cent from 25 per cent.

The public sector's financials are pretty strong. LIC's total assets under management crossed the historic figure of Rs 30 lakh crore for the first time in FY19 to Rs 31.11 lakh crore, a rise of 9.38 per cent year-on-year. As per the audited figures for the fiscal released last month, its market value was pegged at Rs 28.74 lakh crore at end-March 2019, up 8.61 per cent. The total income of LIC, which includes total premium and investment income, was around Rs 560,784 crore in 2018-19, a rise of 7.10 per cent.

Moreover, its first year premium reportedly touched a record Rs 1.42 lakh crore. Though the minimum capital stipulated for a life or non-life insurance company by IRDAI is Rs 100 crore, LIC has been operating with a capital base of just Rs 5 crore as set in the LIC Act of 1956. On this small base, LIC last reported a valuation surplus - or profit - of Rs 48,436 crore.

Given LIC's small equity base, the proposed IPO is likely to fetch a huge premium. However, any such plans would require the LIC Act to first be amended. Although the insurer is currently regulated by the Insurance Regulatory Development Authority of India (IRDAI), it is governed by the LIC Act. The latter allows it special dispensation in several areas, including higher stakes in companies beyond the limit set by the regulator. Then there is the sovereign guarantee accorded to all LIC policy benefits under Section 37 of the Act - the government has guaranteed the sum assured with bonus in all policies.

This is not the first time that the idea of listing LIC has come up. However, expert opinion on the move remains as divided as ever. Some industry insiders told the daily that the public listing should help bring in greater transparency and accountability - think more disclosures of investment and loan portfolios - as well as better governance.

The argument against the proposal is that LIC has long been called upon to rescue debt-ridden public enterprises, an option that the Centre can no longer confidently fall back on post an IPO. LIC also has huge investments in debentures and bonds totalling over Rs 4.34 lakh crore, apart from providing funding for many infrastructure projects. Transport Minister Nitin Gadkari recently announced that LIC has agreed in principle to offer Rs 1.25 trillion over the next five years to fund highway projects.

Bigbasket gets $14.5 million in venture debt from Trifecta