Have given away several hundred crore of my personal wealth to charity; will continue to do so, says L&T's AM Naik

Named after his granddaughter 'Nirali', who died in 2007, Naik has set up Nirali Memorial Trust as well as the Nirali Memorial Radiation Centre in Surat to help other cancer victims 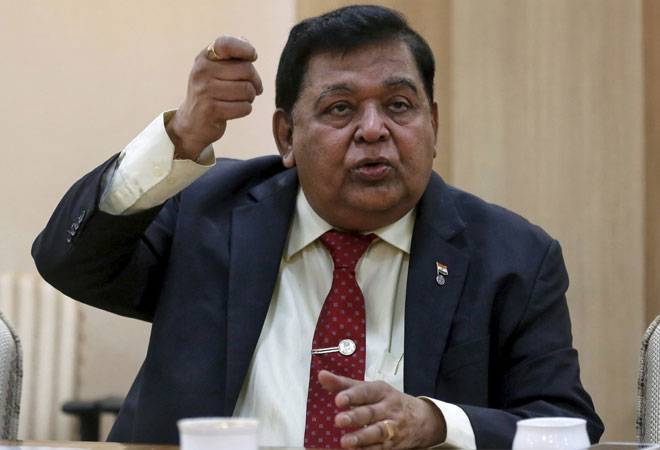 Larsen & Toubro patriarch AM Naik plans to continue donating his personal wealth for charity driven by the resolve to 'give back to society' in memory of his two-year-old grand daughter who surrendered to cancer more than a decade ago. The resolve of Naik, a powerful corporate honcho who was key in building the USD 20 billion diversified L&T, "to give back to society" and "alleviate the suffering of the poor" are making a difference in the lives of people, including cancer patients. "I have given away several hundred crore of my personal wealth to charity and I plan (to) continue...doing so...I am using my own my money. L&T is another pocket..." Naik told PTI in an interview.

Named after his grand daughter 'Nirali', who died in 2007, he has set up Nirali Memorial Trust as well as the Nirali Memorial Radiation Centre in Surat- to help other cancer victims. "I consider myself fortunate to be in a position to give back to the society that has given me so much. If I can, in some measure, help to relieve pain, alleviate suffering and provide care to those most in need, my efforts would be richly rewarded," Naik said.

Without disclosing the exact amount he has offered in charity, including for hospitals and schools, Naik said it runs into "several hundreds of crores" but what is important that these initiatives are changing the face of rural India which gave immense satisfaction. The hospitals include Cancer Care Hospital at Navasari, Ophthalmology Hospital at Surat, radiation centre and general hospitals. "I devote around 30 per cent of my time for my charity work, around 30 per cent for L&T, being its group chairman and chairman of all the companies L&T has which are publicly listed, another 30 per cent for the responsibility that is being assigned to me by the Prime Minister as the Chairman of the National Skill Development Corporation.

"You have a national responsibility, you have a social responsibility and you have the corporate responsibiltiy... and this corporate is not making soaps and chocolates and buiscuits but making things that build powerful nation. And 10 per cent of my time I spend for diplomacy as a honarary Consul General of Denmark," Naik said. Naik joined L&T in 1965 as a junior engineer and rose to the position of CEO and MD in 1999 and chairman in 2003. In 2017, he stepped aside from executive responsibilities and took over as Group Chairman and is said to have not taken leave for over two decades.

Mind completely occupied with Mindtree acquisition; will make it a big firm: AM Naik