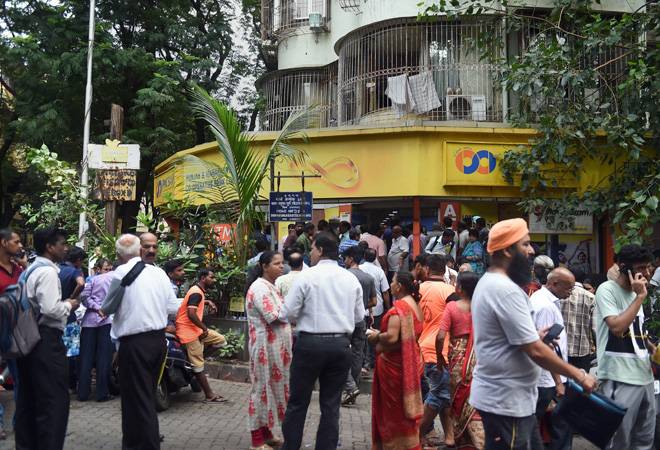 The ongoing investigation by Enforcement Directorate (ED) into PMC Bank scam has revealed that the promoters of Housing Development Infrastructures Limited (HDIL) allegedly siphoned off Rs 160 crore to many companies belonging to Viva Group on garb of commission. The financial probe agency claims that source of these funds from HDIL to Viva Group is the illegal fund diversion from PMC Bank.

"During searches, Rs 73 lakh cash, incriminating digital and documentary evidences have been recovered," the ED said.

In the past, several properties of Rakesh Kumar Wadhawan and Wadhawan Family Trust and others worth Rs 293 crore were attached by the ED in this case. The agency has also already seized jewellery worth Rs 63.

The investigation was initiated on the basis of an FIR registered by the Economic Offences Wing of the Mumbai Police for causing wrongful loss to the tune of Rs 4,355 crore to PMC Bank and corresponding gain to themselves.

ED has also initiated investigation in another case against Rakesh Wadhawan and Sarang Wadhawan, promoters of HDIL, for siphoning off a loan of Rs 200 crore sanctioned by Yes Bank to Mack Star Marketing Private Limited.

This loan was allegedly siphoned by the Wadhawans by showing it for fictitious purpose. The Central Bureau of Investigation has filed a case in this matter.

"During the investigation under PMLA, it was revealed that the Wadhawans illegally and fraudulently transferred two commercial properties of Mack Star in Kaledonia Building, Andheri East, Mumbai valued at Rs 4.36 crore to Viva Holding, a company of the Viva Group. For the transfer of the said two properties, two separate sale agreements dated June 26, 2017 were prepared wherein sale value for both the commercial properties was shown as Rs 34.36 crore in total," the ED said.