BharatPe may offer to pay back PMC Bank retail depositors in full: report

The BharatPe-Centrum combine is one of the four bidders that have made submissions to the Reserve Bank of India for acquiring PMC Bank. The other bidders include UK's Liberty Group and two independent business houses 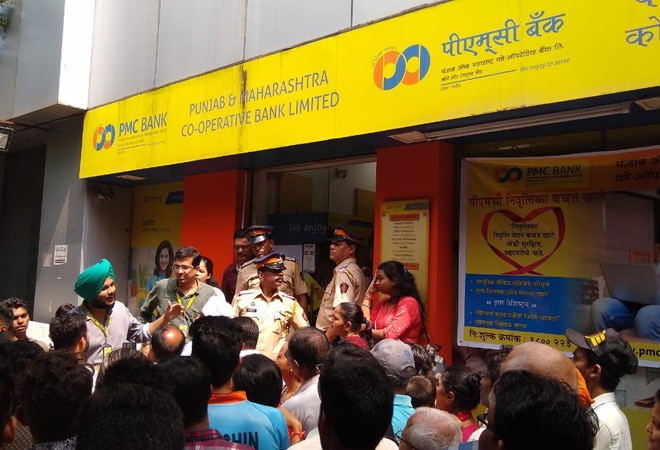 Digital payments platform BharatPe and financial services firm Centrum are expected to make an aggressive bid for the Punjab and Maharashtra Cooperative Bank (PMC Bank). The joint bid to RBI for the beleaguered urban cooperative lender may reportedly offer to pay back 100 per cent to retail depositors looking to withdraw.

The BharatPe-Centrum combine is one of the four bidders that have made submissions to the Reserve Bank of India for acquiring PMC Bank. The other bidders include UK's Liberty Group and two independent business houses.

"BharatPe and Centrum are finalising a strong bid. After submitting the bid, the RBI is expected to meet the bidders one-on-one to pick the winning offer," The Times of India quoted a source as saying. The claims could not be confirmed by the newspaper.

The last date to submit bids was December 15, 2020, but it was extended to February 1, 2021, on request of Liberty Group. The business group led by India-born British businessman Sanjeev Gupta had said that travel restrictions due to the new UK strain are hampering the due diligence process for PMC Bank and efforts to prepare a final bid in time.

After receiving the final bids, RBI will meet the bidders one-by-one to finalise the successful bid. The central bank has also extended the restrictions on PMC Bank till March 31, 2021, keeping in view the best interest of all stakeholders.

Earlier this week, Centrum Chairman Jaspal Bindra reportedly said that the group is evaluating the challenge in the financials of the bank and capital requirements if it were to make a formal bid. Recently, Centrum Group acquired the supply chain portfolio of L&T Finance and a majority stake in Central Bank Home Finance for Rs 160 crore.

Last year in November, PMC Bank had invited EoIs from external investors for its reconstruction, which has been under RBI moratorium since September 23, 2019. The exercise is meant to find equity investors willing to take over its management to revive the beleaguered lender and resume its day-to-day operations.

This is the first time that NBFCs (non-banking financial companies), corporates, and high-net-worth individuals have shown keenness in acquiring an urban-cooperative bank (UCB).

PMC Bank was placed under directions by the RBI on September 29, 2019, after a money-laundering scam came to light. The central bank discovered that the lender allegedly created fictitious accounts to hide over Rs 6,700 crore in loans extended to the almost-bankrupt Housing Development Infrastructure Ltd (HDIL). The urban co-operative bank and the RBI have been exploring avenues for its resolution and recovery of bad loans.