Hindustan Petroleum Corporation reported a Rs 320 crore net loss for the three months to September against a net profit of Rs 850.31 crore a year ago. 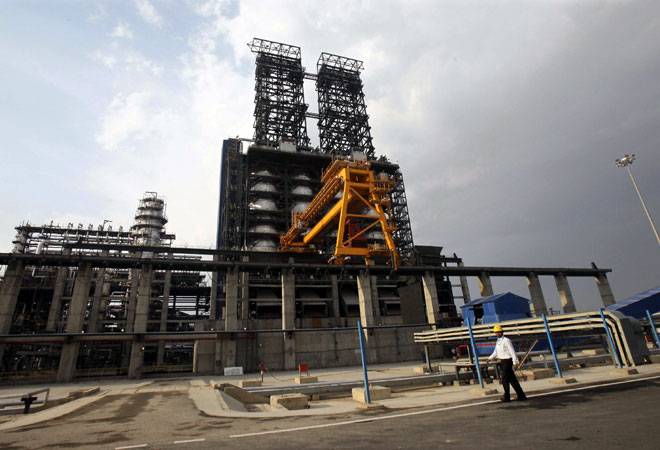 HPCL's total debt on the book stood at Rs 22,000 crore at the end of the quarter. (Photo: Reuters)

Hindustan Petroleum Corporation on Monday reported a Rs 320 crore net loss for the three months to September against a net profit of Rs 850.31 crore a year ago, on high inventory losses following low crude oil prices, but a marginal rise in gross refining margins to $2.74 a barrel cushioned deeper cuts.

The state-run company has booked an inventory loss of Rs 1,400 crore during the quarter. The city-headquartered oil refiner and marketer had earned $2.12 on turning every barrel of crude oil into products in the year ago period, which had helped it report more than double its net income to Rs 850.31 crore.

"Declining crude and product prices severely impacted our bottom-line on account of inventory losses worth Rs 1,400 crore during the quarter leading to a net loss of Rs 320 crore," HPCL chairperson and managing director Nishi Vasudeva told reporters here this evening.

The company's total debt on the book stood at Rs 22,000 crore at the end of the quarter.

The state-run company's under-recovery stood at Rs 552 crore during the quarter but it got back Rs 550 crore of that from the government by way of subsidy reimbursements.

Vasudeva said the board has approved the Rs 4,200 crore expansion plan of the Mumbai Refinery, which will increase its refining capacity to 9.5 million tonne from 6.5 million now, which will help it become compliant by 2020 to offer BS IV/V diesel and petrol.

The company has invested Rs 280 crore capital into the national crude reserves cavern in Vishakapatnam, which is under operations now. This investment has taken the company's crude storage capacity to 330 mt.

She said to date, out of its 48 million LPG customers 1.28 million have given up their subsidies, while the industry as a whole has seen 4.52 million customers. The company imports 30 per cent of LPG demand.

Inflation likely edged up in Oct as food prices climbed