Responding to Dabur's claim about maligning its brand and that its honey is NMR passed from Germany and meets Indian standards, the CSE said the company's claim about compliance with Indian laws is no surprise 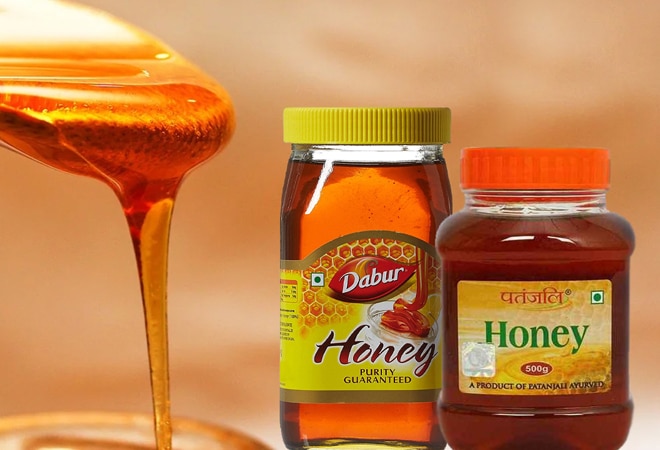 Honey adulteration: CSE had alleged that 10 of the 13 brands, including Dabur, Patanjali, flunked the NMR test

After reporting adulteration in the honey sold by major brands in India, Centre for Science and Environment (CSE) on Thursday stood by its findings, saying any claim by companies of meeting all Indian standards "holds limited value".

On Wednesday, the CSE had alleged that 10 of the 13 brands, including Dabur, Patanjali, Baidyanath, Zandu, Hitkari and Apis Himalaya, flunked the stringent Nuclear Magnetic Resonance (NMR) test considered as the global gold standard for honey.  It claimed that major Indian brands were selling honey adulterated with a modified sugar from China, which can bypass domestic testing standards.

Responding to Dabur's claim about maligning its brand and that its honey is NMR passed from Germany and meets Indian standards, the environment watchdog said the company's claim about compliance with Indian laws is no surprise. It also said that business of adulteration is "sophisticated".

"The Indian labs testing for parameters set by the FSSAI could not detect this evolved adulteration. The fact that samples deliberately adulterated by us by up to 50 per cent of syrups passed all Indian tests is a robust proof of this. So, any claim of meeting all Indian standards actually holds limited value," the CSE responded on Dabur's clarification.

"We have also noted that Dabur is constantly changing the language on its claims regarding NMR tests. In earlier advertisements, it has said 'NMR tested, pure honey'; as of today -- after the release of the CSE investigation -- Dabur is claiming 'source NMR tested'," said CSE director general Sunita Narain.

"Is this jugglery another attempt to confuse the consumer?? she asked.

Regarding media reports which quote Patanjali, where CSE is being accused of promoting the German technology, the environment watchdog said that NMR is an advanced test that can detect adulteration with modified sugar syrups, which may otherwise go undetected. It is being used in different parts of the world for the same reason and even the Indian government has mandated it since August 2020 for honey meant to be exported, it added.

"In fact, we have emphasised that NMR should not be made mandatory because it will likely help for a limited time -- the business of adulteration is so sophisticated that very soon there would be syrups which can bypass the NMR test as well," it said.

As part of its investigation to understand adulteration in honey, the CSE had sent honey samples for testing at two laboratories - Centre for Analysis and Learning in Livestock and Food (CALF), National Dairy Development Board (NDDB), Gujarat, India and a renowned food testing laboratory in Germany. Samples sent to the German lab were tested for Trace Marker for Rice syrup (TMR) and NMR profiling. These two tests are not part of the current FSSAI standards. NMR is an advanced test to check for adulteration and confirmation of origin of honey.

Meanwhile, Food Safety and Standards Authority of India (FSSAI) has requested the CSE to share details of the samples and the tests conducted by it. Regarding the utility and desirability of NMR test for checking honey samples, FSSAI said that the test allows rapid, but database driven detection and quantification of various chemical compounds, especially for authenticating the origin of a sample of honey.