Honey samples from leading brands such as Dabur, Patanjali, Baidyanath, Zandu, Hitkari and Apis Himalaya, all failed the NMR test 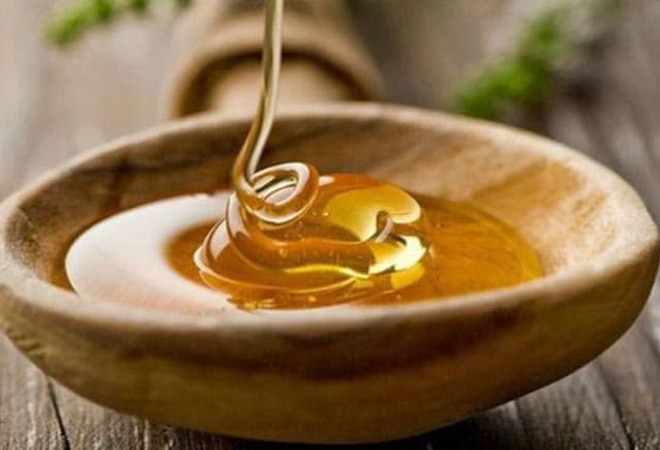 Indians today are consuming more honey than ever because of its immunity booster properties to protect themselves against COVID-19. But, the Centre for Science and Environment (CSE) has found that almost all brands of honey being sold in Indian markets are adulterated with sugar syrup.

Investigations by CSE with laboratory studies in India and Germany found 77 per cent of samples adulterated with sugar syrup. Out of 22 samples tested, only five passed all the tests.

CSE had selected 13 top and smaller brands of processed and raw honey being sold in India. Samples of these brands were first tested at the Centre for Analysis and Learning in Livestock and Food (CALF) at the National Dairy Development Board (NDDB) in Gujarat. Almost all the top brands (except Apis Himalaya) passed the tests of purity, while a few smaller brands failed the tests to detect C4 sugar - call it basic adulteration using cane sugar.

But when the same brands were tested using Nuclear Magnetic Resonance (NMR) - laboratory tests currently being used globally to check for such modified sugar syrups - almost all big and small brands failed.

Out of the 13 brands tested, only three passed the NMR test, which was done by a specialised laboratory in Germany.  Honey samples from leading brands such as Dabur, Patanjali, Baidyanath, Zandu, Hitkari and Apis Himalaya, all failed the NMR test.

Only 3 out of the 13 brands - Saffola, MarkfedSohna and Nature's Nectar (one out of two samples) -- passed all the tests.

The German lab that conducted the tests has chosen to stay anonymous.

Dabur has refused this allegation. The company's statement said that Dabur is the only company in India to have an NMR testing equipment in our own laboratory, and the same is used to regularly test our Honey being sold in the Indian market. The statement also had NMR test reports from Germany-based Bruker BioSpin GmbH dated July 16, 2020, stating that Dabur Honey had passed the NMR Test.

The business of adulteration has become sophisticated and the Indian standards cannot detect adulteration. This is because Chinese companies have designed sugar syrups to bypass these standards.

As of August 1, 2020, NMR tests have been made mandatory in India for honey that is meant for export, suggesting that the Indian government is aware of this adulteration business and the need for more advanced tests.

Emami Spokesperson said that its Zandu Pure Honey conforms and adheres to all the protocols and quality norms/standards laid down by the Government of India and its authorised entities such as FSSAI.  It did not make any comment on the NMR test, which is the global standard. Apis spokesperson replied that they will not comment immediately but will plan a press conference, date of which is yet to be announced.

"What we found was shocking," says Amit Khurana, programme director of CSE's Food Safety and Toxins team. "It shows how the business of adulteration has evolved so that it can pass the stipulated tests in India. Our concern is not just that the honey we eat is adulterated, but that this adulteration is difficult to catch. In fact, we have found that sugar syrups are designed so that they can go undetected."

"It is a food fraud more nefarious and more sophisticated than what we found in our 2003 and 2006 investigations into soft drinks; more damaging to our health than perhaps anything that we have found till now- keeping in mind the fact that we are still fighting against a killer COVID-19 pandemic with our backs to the wall. This overuse of sugar in our diet will make it worse," says CSE's director-general Sunita Narain.

"Instead of honey, people are eating more sugar, which will add to the risk of COVID-19. Sugar ingestion is directly linked to obesity, and obese people are more vulnerable to life-threatening infections," adds Narain.

Last year, the Food Safety and Standards Authority of India (FSSAI) had directed importers and state food commissioners that golden syrup, invert sugar syrup and rice syrup imported into the country were being used for adulteration of honey. Says Khurana: "It remains unclear how much the food regulator really knows about this murky business."

He adds: "The three imported sugar syrups named by FSSAI in its directive - golden syrup, invert sugar syrup and rice syrup -- are either not imported in these names or are not indicted for adulteration. Instead, Chinese companies are mostly exporting this syrup as fructose to India. So, why did FSSAI put out what is clearly an erroneous order? We are not certain."

CSE tracked down Chinese trade portals like Alibaba which were advertising fructose syrup that can bypass tests. It also found that the same Chinese companies that advertised this fructose syrup that can beat C3 and C4 tests also exported to India. CSE then conducted an undercover operation to find out more. It sent emails to Chinese companies soliciting syrups that could pass tests in India. It received replies that syrups were available and could be sent to India.

Chinese companies informed CSE that even if 50-80 per cent of the honey is adulterated with syrup it would pass all stipulated tests. A sample of the syrup that can bypass tests was then sent by the Chinese company as "paint pigment" to get through customs.

CSE also tracked down the factory that manufactures syrup to adulterate honey. It was found at Jaspur in Uttarakhand. Using the code word for the syrup "all pass", CSE researchers made contact and procured a sample.

It is time we outwitted the business of adulteration, says Narain. She suggests stopping the import of syrup and honey from China and strengthen enforcement in India through public testing so that companies are held responsible. "Government should get samples tested using advanced technologies and make this information public so that consumers are aware and our health is not compromised."

She adds what will help in the long run is to ensure that every honey company is required to trace back the origins of the honey - from the beekeeper to the hive. "What should also concern us is that the loss of bees will lead to a collapse of our food system - bees are critical for pollination; if honey is adulterated, then not only do we lose our health, but also the productivity of our agriculture."

"It is for this reason we are publishing this investigation - we know that the honey processing industry is powerful and will argue that it meets the Indian standards for honey purity - but there is too much at stake here," said Narain and Khurana.