Apart from a sales force of around 300 people, which physically visits the stationery shops, the company has hired 130 tele-callers who take orders over the phone 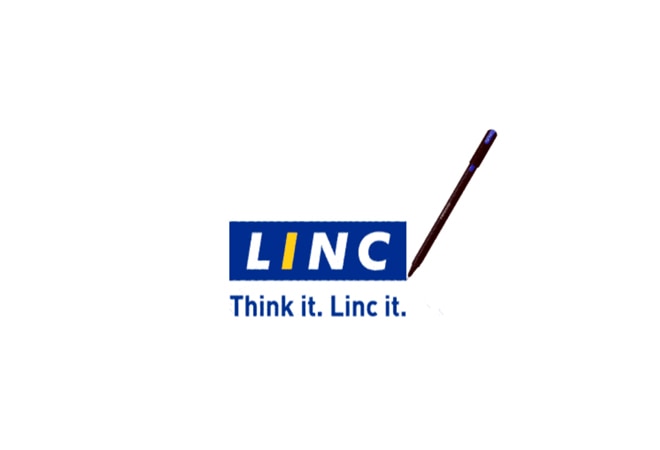 The COVID-19 pandemic forced companies across sectors to push themselves out of their comfort zones and do things differently. After all, the challenge was to survive and stay afloat. The Rs 4,000-crore writing instruments market was no exception. With schools and educational institutions still closed, writing instrument companies such as Linc Pen have managed to recover only 70 per cent of their pre-COVID sales.

The 400-odd crore pen company decided to expand its distribution to neighbourhood grocery (kirana) stores from the 75,000 stationery shops it catered to. "We realised many of the kirana stores sell pens which they buy from wholesalers. The pen companies don't directly reach them as the cost of reaching them is very high. They buy very small quantities. However, during the lockdown, we had to reach out to them as the offtake from stationery shops dipped dramatically," explains Deepak Jalan, MD, Linc Pen & Plastic.

The company is currently servicing 50,000 kirana stores in the country and targets to reach 5 lakh stores in the next couple of years.

Apart from a sales force of around 300 people, which physically visits the stationery shops, the company has hired 130 tele-callers who take orders over the phone. "A tele-caller is able to call more than 100 shops in a day as against the field sales person who is able to visit only 25-30 stores a day," says Jalan.

Out of the Rs 4,000-crore writing instruments market, the organised market is worth Rs 3,000 crore, dominated by brands such as Cello, Reynolds, Flair and Linc Pen. All of them operate in the mass segment, with bulk of their products priced between Rs 5-Rs 20.

Jalan says most of the organised brands have not been able to increase prices for almost a decade as unorganised players sell their pens at prices as low as Rs 2-3, and there is hardly any brand differentiation. "Everybody is trying to gain market share by cutting prices. Moreover, all the pens look alike."  The mass writing instruments industry has been growing at just 5-7% for close to a decade.

Linc Pen's revenue had stagnated at Rs 350 crore between 2015-2019. Then the company launched its Pentonic range of pens. Jalan's brief to his product development team was to come up with a product which didn't look 'me too'. "It had to stand out at the point of sales. We launched a black-colour (exterior) pen and since it looked different, we were able to price (it) at a price we were comfortable with. We launched it at Rs 10 and Rs 20, and it gave reasonable profits to the company in FY20," says Jalan.

Though pens, in general, are a low-involvement category with limited brand consciousness, Jalan says the student community is brand loyal, especially during examinations. "They use only tested brands."

He claims that handwriting through a Linc Pentonic pen is superior to other brands. "We claim that if one uses BRT Pentonic, a retractable ball pen priced at Rs 20, one can't use any other pen," he further adds.

Around 30 per cent of the company's revenue in the last two years has come from its Pentonic range. "Growing revenue was a challenge as the pens didn't have differentiation. To grow revenue we had to launch schemes for the trade, which would erode profitability. Since Pentonic was a different product, it was easier to gain market share and gain profitability."

The company's revenue, which was stagnant at Rs 350 crore for several years, increased to Rs 400 crore in FY20. In the last few years, the company has also added other stationery products to its portfolio. Linc Pen currently has less than 10 per cent share in the pen market, and Jalan says his priority is to capture 15 per cent market share in the next 2-3 years by expanding the Pentonic portfolio.

Also Read: Ask Money Today: How much corpus is enough for retirement?