How Paytm got Warren Buffett's Berkshire Hathaway to invest

This deal has also raised eyebrows since Buffett had long refused to invest in the tech space saying that it was too difficult to predict which tech businesses will prosper in the long run. 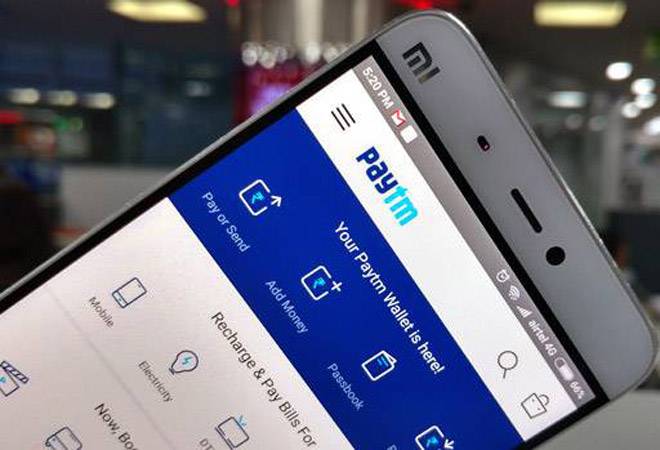 Paytm, India's largest digital financial services provider, has got yet another marquee investor on board: Warren Buffett's Berkshire Hathaway. The buzz is that the Oracle of Omaha's company bought a 3-4% stake in Paytm parent One97 Communications for about Rs 2,500 crore. And the move is significant not only because it is the legendary investor's first direct investment in India, but also signals his confidence in the country's start-up ecosystem.

What's more, Vijay Shekhar Sharma, founder and CEO of One97, reportedly managed to clinch the deal without any glitzy powerpoint presentations - all it took was one meeting and three phone calls.

According to The Economic Times, an early February call from Mark Schwartz, Goldman Sachs Asia chairman and an independent director on Paytm's board, set the ball rolling. Schwartz told Sharma - sitting in Paytm's technology development office in Toronto at the time - that he had just met Todd Combs, who was keen to know more about Paytm. Combs is one of Buffet's key deputies and among the top investment managers at Berkshire Hathaway.

Without wasting much time, a meeting was fixed with Combs in Omaha for February 14. The daily reported that Sharma brought along Schwartz and SAIF Partners' Ravi Adusumalli, who is also on Paytm's board. In fact, Sharma claims the latter is "as much a cofounder" as himself since SAIF was an early investor in Paytm, coming in over a decade ago.

Over the two-hour-long meeting that followed, the quartet talked about everything from what's happening in India to life philosophies to technology. Although they talked at length on payment networks across the world, how mobile was winning in China and India, and how mobile-led payment networks will become bigger than traditional networks, no laptop was opened during the conversation.

"We also told him [Combs] that we are an old company, and how we transitioned from a telecom operator-led company to a consumer-focused company," 40-year-old Sharma told the daily. "We also told him about how the [core] team has remained the same [since inception]... Our company has always believed that it is people whom you trust, and who are hard-working, who pull off things, not the domain experts."

At Combs' request, Sharma sent across all the annual reports of One97 Communications, which had launched Paytm in 2010. A few weeks later, in March, Combs called back with specific questions about the landscape, rivals, risks, challenges, and even profitability. The answers must have been compelling - after all, the company aims to double its gross transaction value to $100 billion on an annualised basis and its merchant base to 16 million over the next 12 months. So after a third phone call, Berkshire was ready to hash out the investment size and valuation were finalized, though Sharma did not divulge the details. Combs will be joining the eight-member Paytm board, replacing Amit Singhal, the former head of Google Search.

Citing venture capital investors the report added that Combs entry underlines that this is not a token investment for Berkshire - it will want a bigger piece as Paytm does better. Moreover, this development makes a major shift in Paytm's image. "This changes the nature of the company. Regulatory concerns will go away because as a financial institution there is no better shareholder than Warren Buffett," said an investor, adding that the narrative of Paytm being a Chinese company will now go away as these are American board members.

This deal has also raised eyebrows since Buffett had long refused to invest in the tech space saying that it was too difficult to predict which tech businesses will prosper in the long run. It was only in 2011 that he invested in IBM; VeriSign and Apple came later in 2014 and 2016, respectively. Significantly, he has thus far stayed away from private technology companies, including unicorns.

In fact, Berkshire's Paytm investment is a different kind of a bet. "This is not a bet on cash flows but on growth. Money transfer is a critical network business and as India grows, Paytm will grow faster than the market," Anand Lunia, managing partner at venture capital firm India Quotient, told the daily. Berkshire is familiar with this model as it is a shareholder in payment companies like American Express, Mastercard, and Visa besides banks like Wells Fargo, Bank of America and Goldman Sachs. "This investment validates the fact that India is a great market and discounting and losses as a strategy are ok in the early life of a company," added Lunia.

While Paytm now has the backing of several behemoths - China's Alibaba Group Holdings and Japan's Softbank Vision Fund previously came on board - it has a tough battle ahead if it wants to hang on to its leadership position. Apart from deep-pocketed rivals like Flipkart-owned Phonepe, Amazon Pay, and Google Pay, newer players like WhatsApp Payments and Reliance Jio and WhatsApp Pay are also eyeing India's $200 billion digital payment market.

Given that the market is expected to mushroom to $1 trillion over the next five years, completion will only intensify here on.