"If we have to become big in India which means hitting 350-400 hotels mark in the next 5-10 years, we needed to take a call; and make sure that the basics are set right," said Radisson MD and VP 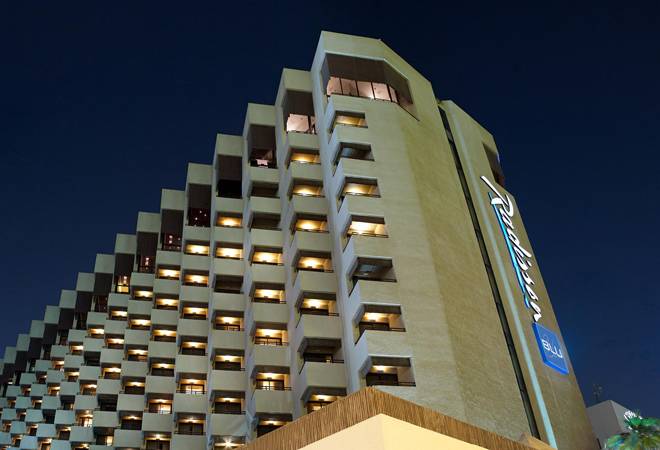 Last year, Radisson Hotel Group, the third-largest hotel chain in the country, took on a pilot project across its 40 hotels. It was called 'India unification plan' under which the aim was to minimize the costs, and boost revenues through a series of steps. Radisson Group grew from zero to 94 hotels in about 20 years, and last year, it took a pause.

"We took a conscious call that we have got to make sure that the fundamentals are set right for delivery. If we have to become big in India which means hitting 350-400 hotels mark in the next 5-10 years, we needed to take a call; and make sure that the basics are set right for the business to grow in the long term," says Zubin Saxena, Managing Director and Vice President (Operations), South Asia at Radisson.

Saxena, who became the India head in December 2018, asked some of the basic questions: how can Radisson make itself a meaningful player, and why an owner would want to associate with the Radisson brand?

The domestic hospitality sector has become a highly competitive space in the recent years where over a dozen large chains are vying for stable and serious hotel partners. For the uninitiated, hotel chains like Marriott, Accor, Radisson and Hilton operate most of their hotels under the managed model where these brands manage the hotels but the properties are owned by developers. Why would a developer choose a particular brand over others? The answer is complex but to put it simply, the owner would typically choose a brand which delivers higher ROI (return on investment). Radisson's strategy is focused on exactly that - to drive up the owner ROI.

Currently, Radisson Group works with 300 owners in the country. "Indian unification plan is basically about unlocking the synergies and economies of scale in our business. Since we have achieved a scale in India, we want to position ourselves for consistent success in the future," says Saxena.

The plan largely has three parts: centralised procurement, cross-selling of hotels, and clustering of markets.

For instance, under the centralised procurement piece, the group has identified about 100 items such as furniture, fixture, equipment, and operating supplies which are bought in bulk to bring down the overall costs. So while each hotel continues to operate separately, some of their items are procured through the central office that has resulted in lower procurement costs for these 100 items - anywhere between 5 and 50 per cent over the previous year. This substantially improves the profitability of the hotels.

The other major piece is the creation of cross-selling network across the chain. Over and above the corporate structure which takes care of the bookings, each hotel is now cross-selling the other hotel. For example, if there is a lead in a Bangalore hotel of Radisson for a room demand in a Delhi property, the salesperson in Bangalore hotel would call up the person in the corporate office who then passes on the lead to the Delhi hotel. Through this initiative, the chain has effectively been able to grow its sales network to over 500 associates - which are supposedly the highest in the industry.

"In the first round, we implemented the plan for select hotels in select markets. We generated about 21,000 room nights just by cross-reference leads in the past year. In the first month of 2020, we have already crossed the numbers that we hit last year - which is over 21,000 bookings through cross-selling in just one month," says Saxena.

Then, there's clustering of hotels. The entire country is broken into six clusters where each cluster has an in-charge who has visibility on the bookings, cost aspects, and revenues. In markets like Delhi NCR where Radisson has 25 hotels across five brands, there's no need for each property to operate a laundry. A hotel is Faridabad is doing laundry for other hotels. Similarly, there are combined human resources for some hotels within a cluster.

"We can have one director of sales for two properties in the vicinity. We can have one director of security, for instance. Our profitability has increased, from the clustering pilot, by 400 basis points. This year, we have expanded the unification strategy to 89 hotels. The productivity has gone up exponentially," says Saxena. The initial results of the plan might be convincing, but some of these steps are essentially about reinventing the wheel. Experts say that Radisson needs to continuously bring new elements to its strategy to compete with equally aggressive players.