How this Indore-based FMCG firm reinvented itself amid economic slowdown

Last year, Prataap Snacks acquired 80 per cent stake in the Rajkot-based Avadh Snacks to strengthen its foothold in Gujarat, which has the largest per capita consumption of snacks in the country 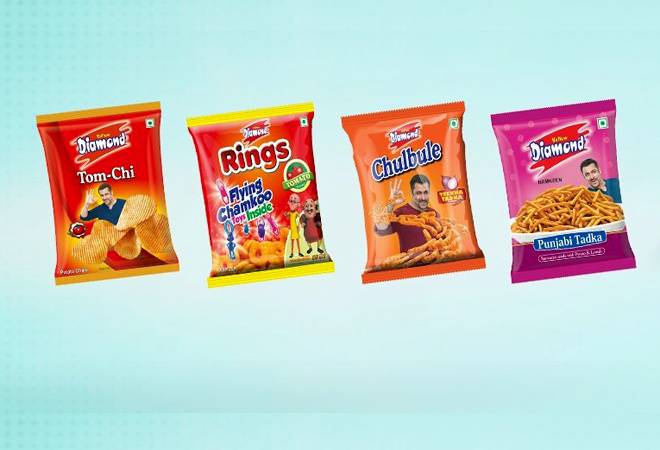 At a time when the FMCG industry at large has been reporting muted revenue and volume growth and a consumption slowdown is looming large, the Indore-based Prataap Snacks has emerged an outlier in the first quarter of 2019/20. The company's organic revenue growth improved to 8 per cent relative to a 1 per cent decline seen in Q4 2018/19. The preceding quarters saw a growth of just 2 per cent. The company's overall revenue growth was 23 per cent in Q1 2019/20, which came on the back of its acquisition of the Gujarat-based snack company Avadh Snacks. "We had been growing at 15-20 per cent for the last five-seven years. Last year was an exception when we grew by just 8 per cent. From the first quarter we started recovering and now we are back on track," says Amit Kumat, MD and CEO, Prataap Snacks.

So, what did Prataap Snacks do to get back its growth momentum? Kumat, who likes to be referred as the snack brand of the masses, says that he had not done enough to be seen in the B-C-D class outlets, where the masses actually shop. He also launched more variants in Rs 5-10 price points, not just in salty snacks but also sweet products such as cup cakes, cookies cakes and choco vanilla cake, which have done well. Within a year of the launch, the cake business generated revenues of Rs 25 crore and contributed 2 per cent to the overall revenue of Rs 1,160 crore. The plan is to generate Rs 200 crore revenues in the next three-four years.

However, one strategy that actually turned around the business was the company's decision to manufacture closer to the market. The trigger for this was the slowdown in the auto and consumer durable segments. Prataap Snacks has always worked on a reverse logistic model. The company had deals with companies such as Maruti and LG, which used to ship their products to Indore and adjoining areas. After they delivered to retailers, the empty trucks used to get loaded with goodies from Prataap, which used to be distributed in the North and other parts of the country. All was going well until the slowdown struck and both auto companies and the consumer durable majors cut down on production. "When they manufactured less, the frequency of their trucks coming to Indore also reduced significantly and that impacted us," explains Kumat.

The company has now appointed contract manufacturers in places such as Kashipur, Hissar, Bangalore, Kolkata and Karjat, which has significantly fastened the company's go to market, claims Kumat. The company's competitors (the likes of Haldiram, Bikanerwala and Balaji) may have been in the business for 40-50 years, Prataap Snacks is not just a new kid on the block (launched in 2006). While competitors service a limited geography with their own fleet, it decided to have a national presence from day one. Having its own logistics fleet at a national level did not make economic sense for an upstart. "Had we not had national aspirations from the beginning, we wouldn't have achieved this kind of growth," explains Kumat.

Last year, Prataap Snacks acquired 80 per cent stake in the Rajkot-based Avadh Snacks to strengthen its foothold in Gujarat, which has the largest per capita consumption of snacks in the country. While Prataap Snacks' Yellow Diamond is popular for its rings and potato chips, the Avadh acquisition has helped the company strengthen its position in pellet snacks, which is popular across the country. "Avadh is strong in namkeen and pellets, our namkeen and pellete business was small. We basically put all our products such as rings, chulbule and chips in their market and distributed their pellets and namkeens in other markets."

Prataap Snacks sells around 11 million packets of sweets and snacks every day across 1.7 million outlets.