Chanda Kochhar's brother-in-law and Deepak's brother, Rajiv Kochhar, has also been grilled by the ED multiple times in the case 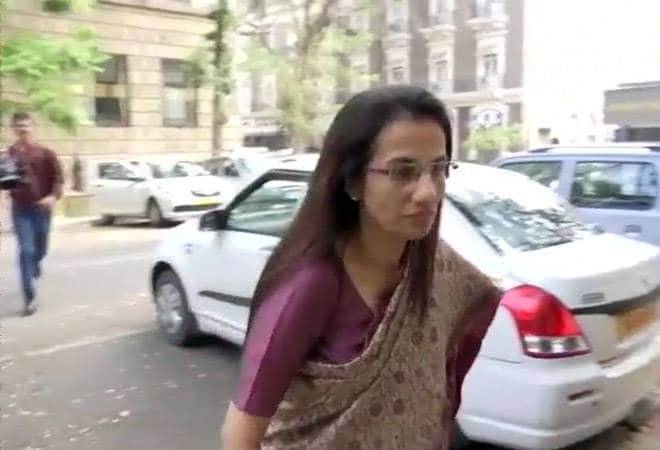 ED had last month questioned and recorded the statements of Chanda Kochhar and her husband Deepak Kochhar over multiple sessions.

Former ICICI Bank CEO Chanda Kochhar has been asked to depose before the ED next week as the agency has decided to expand its probe into the money laundering case involving the bank and Videocon group by questioning some more officials of the private lender, officials said Saturday.

They said Chanda Kochhar has been asked to depose before the agency on June 10 here after she sought an adjournment of the date scheduled for last Thursday.

The Enforcement Directorate (ED) had last month questioned and recorded the statements of Chanda Kochhar and her husband Deepak Kochhar over multiple sessions.

Official sources had told PTI early this week that the federal probe agency is now mulling to call some more bank officials to confront them with the statement made by Chanda Kochhar and obtain a clear picture of the deal.

The agency is also preparing to analyse the details of assets of the Kochhars and others so that they can be provisionally attached under the Prevention of Money Laundering Act (PMLA).

Chanda Kochhar's brother-in-law and Deepak's brother, Rajiv Kochhar, has also been grilled by the ED multiple times in the case.

Rajiv Kochhar is the founder of Singapore-based Avista Advisory and was also questioned by the CBI about his company's role in the restructuring of the loan.

He was asked by CBI sleuths about the help he had extended to Videocon in relation to the loan from ICICI Bank, which was part of a Rs 400-billion credit given by a consortium of 20 banks to the group of Venugopal Dhoot.

The Kochhar couple have been questioned in the past too at the ED zonal office in Mumbai after the central agency conducted raids on March 1.

The ED has registered a criminal case under the PMLA earlier this year against Chanda Kochhar, Deepak Kochhar, Dhoot and others to probe alleged irregularities and corrupt practices in sanctioning Rs 1,875-crore loans by the ICICI Bank to the corporate group.

The anti-corruption probe agency also named Supreme Energy, a company founded by Dhoot, and NuPower Renewables, a company controlled by Deepak Kochhar, in the FIR

During its preliminary enquiry, the CBI found that six loans worth Rs 1,875 crore were sanctioned to the Videocon Group and companies associated with it between June, 2009-October, 2011 in alleged violation of laid-down policies of the ICICI Bank, which have now become part of the probe.

The loans were declared non-performing assets in 2012, causing a loss of ?1,730 crore to the bank, it alleged.

The ED, the sources said, is also probing at least two other instances of loans given by the ICICI Bank (during Chanda Kochhar's tenure) to Gujarat-based pharmaceutical firm Sterling Biotech and to Bhushan Steel group, both of which are under its probe for alleged money laundering charges.