Reliance Industries, TCS and HDFC Bank are the only companies in the $100 billion market capitalisation club; number of companies with a market cap of $10 billion and above is now 54 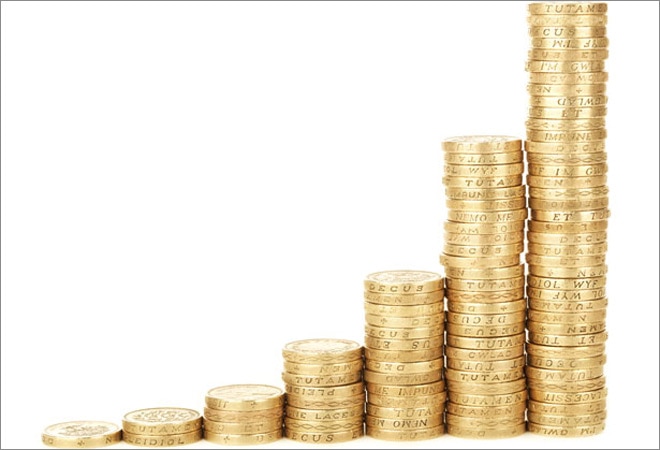 The bullishness in equity market post the announcement of Union Budget has expanded India's billion-dollar market cap club, with 302 NSE-listed companies part of the club as compared with 295 at the end of December 2020. The newly listed Indian Railway Finance Corporation and Indigo Paints are also part of this elite list, with their current valuations above $1.5 billion.

The COVID-induced market crash had reduced the tally of companies with market cap of $1 billion and above by almost a fourth to 206 by March 2020, compared to 269 at the end of December 2019. However, a spectacular recovery of 99 per cent took India's market capitalisation to above $2.7 trillion, adding another 96 companies to the billion-dollar club between March 2020 and February 2021. During this period, the rupee has appreciated nearly 4.5 per cent against the greenback (based on the RBI reference exchange rate). 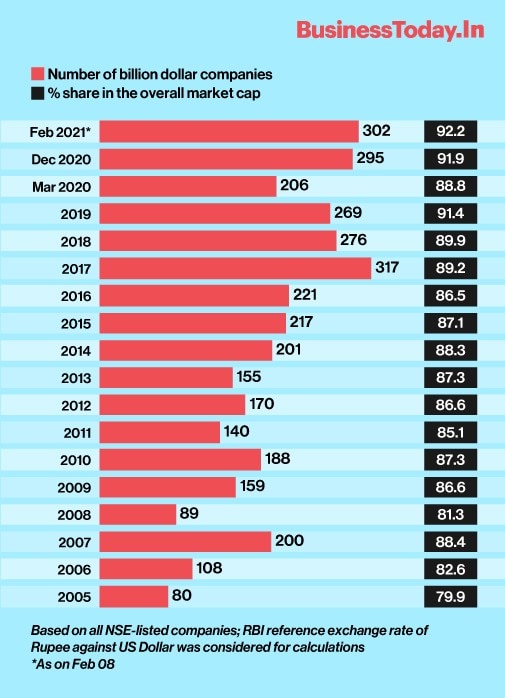 With this, the contribution of these companies to the country's market cap has peaked to 92.2 per cent as on February 8 from nearly 92 per cent at the end of December 2020.

The number of companies with a market cap of $10 billion and above have jumped from 49 to 54 in less than two months, while the count of $25 billion mark cap companies has moved from 17 to 20 during this period. These two categories have a share of 62 per cent and 44.2 per cent, respectively, in the overall market capitalisation.

Reliance Industries, Tata Consultancy Services and HDFC Bank are the only companies in the exclusive $100 billion market capitalisation club.

ALSO READ: Sensex takes a breather after six-day bull run: Here's what to expect ahead

Meanwhile, the markets snapped their six-day positive streak to end with marginal losses on Tuesday -- Nifty closed at 15,109 and Sensex at 51,329.

"Global equities were mixed as investors monitored progress of the $1.9 trillion COVID-19 relief bill in the US. On the domestic side, profit booking emerged in the last hour of trade. After another solid start, markets cooled off, giving up all morning gains," said Siddhartha Khemka, Head-Retail Research, Motilal Oswal Financial Services in a note.

With the Budget behind us, the focus is now back on corporate earnings which are in their last leg. The overall long-term trend of the market remains positive given confluence of economic recovery, containment of COVID-19, earnings beating estimates, and an expansionary Budget, he added.

ALSO READ: This NBFC stock zoomed 80% in 8 days; should you subscribe?