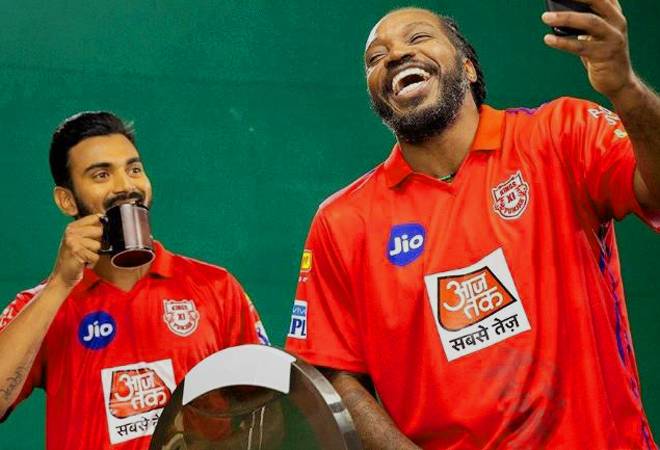 Under the sponsorship deal, Aajtak's logo will feature on the front of the Kings XI Punjab Jersey this year.

With AajTak as the title sponsor of the team, star-studded franchise has six sponsors and eleven associate sponsors this season in the VIVO Indian Premier League.

Commenting on the development, Satish Menon, CEO, Kings XI Punjab said, "We are delighted to announce our partnership this year with the news channel Aaj Tak, a TV channel known as much for its indepth analysis delivered in double quick time as for it's credibility. A brand of that repute coming on board is a proud endorsement of Kings XI Punjab's intrinsic values. We head into IPL Season 12 with optimism and enthusiasm as we have the right brands with us on the journey. Their support is our strength as we aim to excel on the field with our performances played in the true spirit of the game."

Kalli Purie, Vice-Chairperson, India Today Group said, "India Today Group is really excited to partner with the most anticipated cricketing event of 2019. This partnership of Aaj Tak with Kings XI Punjab is a coming together of the biggest in news with the biggest in Sports. All the best to Kings XI team, looking forward to an amazing tournament and like Aaj Tak, may the 'Sabse Tez' team win."

The other sponsors of the team - Bageshree Infratech, V.I.P. Industries, along with Jio, Fena, Royal Stag and Finale Cables, continue their relationship with the franchise.

Kingfisher, Coca Cola, Beardo, Prayag, T10, Dream11, boat, cricfig, The Souled Store, Big FM  and CASHUrDRIVE, are among other partners that will support the team this season.

Kings XI Punjab, which have been part of the Indian Premier League ever since the inception of the Twenty20 league in 2008, is held and promoted by a consortium, which includes Preity Zinta, Mohit Burman, Ness Wadia, and Karan Paul.

The franchise have some of the best T-20 players such as Chris Gayle, David Miller, Moises Henriques, Mujeeb-ur-Rehman, R Ashwin, Mayank Agarwal and Mandeep Singh to the side.

Kings XI Punjab will begin their campaign against Rajasthan Royals at the Sawai Mansingh Stadium in Jaipur on Monday, March 25.