Will it be easy for the RBI to raise resources for the government? Let's look at how strong RBI's balance sheet is to assist the government 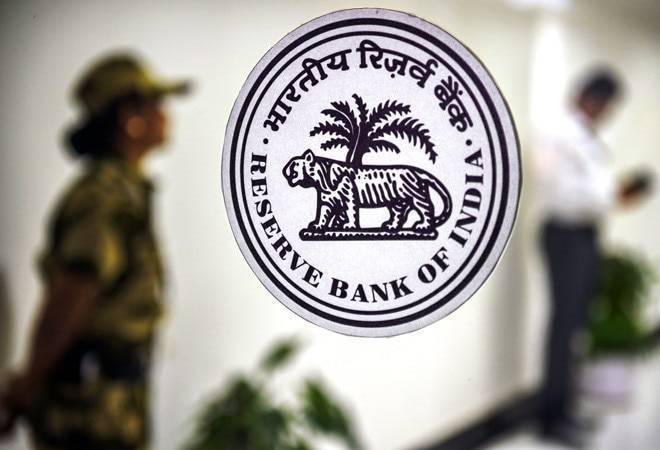 RBI has total assets or balance sheet size of Rs 40 lakh crore, which is about 20 per cent of the country's GDP

The governments of the world often rush to their central banks when they run out of money to finance their growing expenditure. India saw a glimpse of it when the government demanded the Reserve Bank of India (RBI) to part with its surplus capital of over Rs 3 lakh crore. The RBI initially resisted but gave in later by deciding to pay Rs 58,000 crore in August last year. As a central banker with multiple hats, the RBI also has a balance sheet which is eventually used for monetary policy operation, foreign exchange management and other functions like debt management. In the current crisis of Covid-19 and the subsequent lockdown, the RBI has come forward to provide Rs 3.74 lakh crore liquidity to the banking system. There are already talks of 'deficit financing' or 'debt monetisation' for raising additional resources to provide a stimulus to economy. Will it be easy for the RBI to raise resources for the government? Let's look at how strong RBI's balance sheet is to assist the government:

The RBI has total assets or balance sheet size of Rs 40 lakh crore, which is about 20 per cent of the country's GDP. Over the years, the balance sheet has been growing at 10 per cent every year. There are no set rules about the optimal size, but the global central banks also have a balance sheet with 20 per cent share in their country's respective GDP. But it is important to note that the big rise in the GDP share of global central banks took place post the global financial meltdown. Over the last decade, the central banks had to pump in trillions of dollars (by printing money) to buy bonds from the market. These central banks, though tried to unwind their assets, failed because of recessionary conditions. Take, for instance, the size of US Fed balance sheet increased from less than $1 trillion to $5 trillion. There is no chance for the US to reduce it now because of Covid-19. India, too, has to have an exit plan if it expands its balance sheet by 25-30 per cent of GDP from the current 20 per cent in the near future.

The RBI's current assets largely comprise foreign exchange assets with a share of 70 per cent of the total assets. The domestic assets especially G-sec and bonds are very low at 20 per cent. Going forward, any bond buying and subscribing to government securities in the primary issuance (for debt monetisation) will increase the RBI's domestic assets. A high exposure of high-yielding domestic assets (as against foreign assets in terms of yield) increase the interest rate risk for the RBI. In addition, there is another danger of  high inflation. A sudden spurt in currency in circulation in a slowing economy like ours means more money in the hands of corporate, banks and people and lesser output. This will be inflationary and could result in hyper inflation. The history has many examples. In the early years of the decade that started in 2000, Zimbabwe resorted to printing money to fund its growing expenditure including war funding against Congress. The country saw a phase of hyperinflation in the second half of 2000 decade. Similarly, Venezuela , which plunged into slowdown as oil prices crashed in 2014, decided to print money. The result? Inflation shot up to unimaginable levels.

RBI, a lender of last resort

Not many know that the RBI is also the lender of the last resort in case of a failure of any institution. In India, LIC  or the SBI often step in to save institutions. Only recently, SBI stepped in to save private sector bank Yes Bank which needed anywhere between Rs 15,000 to Rs 20,000 crore of capital. Similarly, LIC pumped in over Rs 30,000 crore into IDBI Bank to save it from falling. The RBI is overseeing a banking institution which is still vulnerable because of high NPAs and lower capital levels. The Covid-19 lockdown is going to put lot of pressure on banks' balance sheet. In fact, non-banking financial institutions especially NBFCs, fintech and MFIs would face tremendous pressure on their asset quality. Similarly, there are inter linkages between institutions. The debacle of IL&FS created trouble for the entire NBFC space. Given the current lockdown, the RBI is relaxing its guidelines. Take for instance, the RBI is providing liquidity up to Rs 1 lakh crore to banks for on-lending in corporate bonds, commercial papers and NCDs. While RBI is making fund available to the financial system, it also has to come forward to save any institution from going bust. IL&FS is a bad  example (of leaving it to fail) while Yes Bank saw a belated action from the regulator.

The bulk of the RBI's assets are in foreign exchange. The reserves  though earn lower interest rates  but helps in providing a cushion from any global shock . This new scenario post Covid-19 has suddenly developed where the foreign investors are pulling out their money from the country's equity as well as debt market. While the  RBI is using its firepower to reduce volatility in the interbank foreign exchange market, the rupee has  been depreciating for the last two months.  As a result of intervention in the forex market, the RBI's forex reserves have reduced from the peak of $487 billion in early March to $469 billion. Currently, the forex reserves are lower than the country's  external debt of $557 billion. In terms of imports, the reserves cover some 11 months of imports based on the current figures. Given the news of debt monetisation and weak financials (trade deficit, current account deficit  and fiscal deficit), the rupee is going to be volatile going forward, which in turn, will  put pressure on country's foreign exchange reserves.