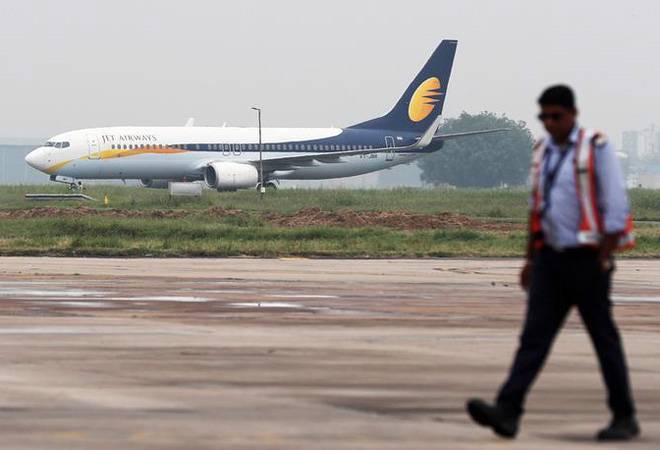 Cash-strapped Jet Airways, which is undergoing a debt resolution plan, reported its fourth consecutive quarterly loss in the December-ended quarter.

The country's second-largest airline reported a net loss of Rs 587.80 crore during the third quarter ended December 31, 2018, due to higher oil prices and strong competition at home.

"The Naresh Goyal-led company had posted a net profit of Rs 165.2 crore in the same quarter last year," Jet Airways said in a filing to the Bombay Stock Exchange.

The company said that it has reported four successive quarters of losses due to high fuel prices and fluctuating currency rates, coupled with tight liquidity conditions, which pose serious challenge to the company indicating the existence of material uncertainty that may cast significant doubt on the company's ability to continue as a going concern.

The company informed the exchange that its board had approved a plan by lenders, led by State Bank of India. The draft resolution plan primarily comprises of infusion of funds, restructuring of debts and monetization of assets.

The Indian Banks led by State bank of India have initiated a comprehensive resolution plan under the RBI circular dated February 12, 2018, towards a turnaround of the company for its sustained growth and restoration of financial health.

In the next stage, the BLPRP will be presented to lenders consortium, overseeing a committee of the IBA, board of directors of Etihad Airways and the promoter of Jet Airways for consideration.

"Conversion of lenders' debt into 11.4 crore shares of Rs 10 each by allotment of such number of equity shares to the lenders that would result in the lenders becoming the largest shareholders in the Company. Such allotment of 11.4 crore shares will be made at an aggregate consideration of Rs 1 since under the RBI circular, lenders can convert debt into equity at Rs 1 when the book value per share of a company is negative," Jet said.

During the quarter under review, the company has defaulted in repaying the working capital loan instalments, including interest due to Indian banks, which had partly been paid in January 2019 and there are substantial payments overdue to creditors.

Ahead of earning announcement, shares of Jet Airways closed at Rs 225.80 apiece, up 0.98 per cent, on the BSE.