Jet Airways founder Naresh Goyal is being questioned by the ED here on Friday in a case of alleged contravention of the foreign exchange law, officials said. 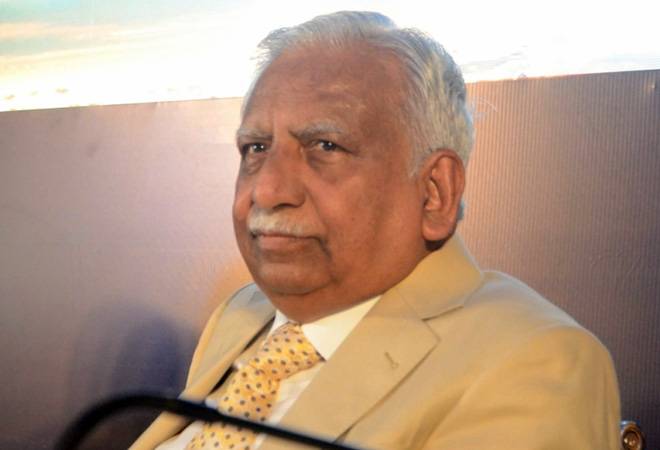 According to agency sources, the businessman's empire had 19 privately-held companies, five of which were registered abroad.

Former chairman of Jet Airways Naresh Goyal is being questioned by the Enforcement Directorate (ED) in connection with the FEMA violation while he was boss of the now-defunct airline, sources said. "He was called for questioning two days back but due to some issues, he wasn't able to join the investigation. Today morning he appeared before us and we are recording his statement," said an officer.

The ED, during their investigation, claims to have detected foreign bank accounts allegedly linked to Goyal with huge amounts of money in it. Twelve office and residential premises of Naresh Goyal and his long time associate Hasmukh Gardi, located in Mumbai and Delhi, were searched by the ED in September.

According to the probe agency, the investigation indicates that Naresh Goyal is likely to be the beneficial owner of some bank accounts abroad with huge deposits. "Prima facie these transactions involve various violations under FEMA," said a source.

The agency based on its investigation claims, "Naresh Goyal also indirectly controls various entities abroad, some of which are in tax havens. Preliminary investigations done so far indicate that Naresh Goyal has structured various tax evading schemes involving its domestic companies and the companies in foreign tax jurisdiction thereby siphoning off huge amount in foreign jurisdictions through dubious and fictitious transactions."

According to ED, these fictitious and inflated payments appear to have been made to some of these foreign entities under various airline lease agreements, aircraft maintenance agreements, etc. "Huge amounts appears to have been sent abroad by way of inflated commission to its own group entity in Dubai which acted as airline's exclusive overseas General Sales Agent (GSA)," said the ED.

The agency is analysing the seized documents to find more about the foreign and domestic assets linked to Goyal.

In March, Goyal stepped down as chairman of the airline. Jet Airways shuttered operations on April 17 after running out of cash. Thousands of employees of Jet Airways lost their job. A look out circular has been issued against Naresh Goyal by the investigative agencies.