UBL has a dominant 40 percent plus share in the overall Rs 56,200 crore domestic market but has a lower 20 percent share in the premium beer segment. 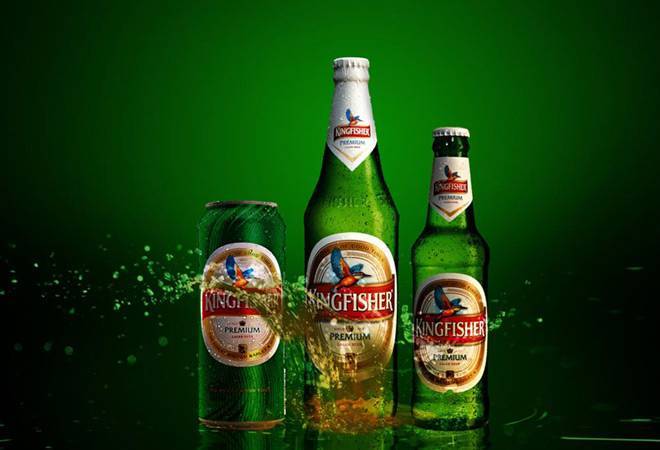 United Breweries Ltd, the maker of Kingfisher beer in India, is eyeing the nascent but fast growing super premium beer segment in the country to reinforce its leadership position in a market where per capita consumption of the beverage remains low. The company recently launched its fifth offering in the segment, Amstel from its parent Heineken's global portfolio. Amstel sits alongside Kingfisher Ultra, Ultra Max, Heineken and Storm. All of them were launched  within the last eight years.

"This is a segment that has grown faster than what we expected. We have a 20 percent share in that segment right now and our intention is with the Amstel and Storm, we should garner a 50 percent share," says Samar Shekhawat, Senior Vice  President, Marketing, UBL. "Super  premium segment is a key area of focus for us. The mainstream premium segment that is the meat of the beer market and accounts for 80 percent of the volumes is growing in single digits at 3-4 percent. This segment is the present while the super premium  segment is the future. The segment below that, the economy mild and strong segment is not growing."

With an annual consumption of nearly 5 billion litres and an average growth rate of around 5 percent per annum, India ranks among the top 15 beer consuming countries worldwide. But its per capita consumption is low at just 2 percent as Indians traditionally have a preference for spirits like whiskey and brandy. Further, in the last two years growth has been stunted as the industry has faced multiple head winds like demonetisation in November 2016 and a blanket ban on sale of liquor in the vicinity of 500 metres of any highway in the country from March 2017. Further, the onset of a uniform Goods and Services Tax from July 2017 led to a rise in prices. Though liquor is not covered under GST, ingredients like malt/barley are where input credit could not be claimed by alcobev manufacturers.

"All those headwinds are behind us and there is also a revival in consumer sentiment," Shekhawat says. "After 3-4 years of near flat growth, infact 2016-17 was a negative growth year, there has been a turnaround in industry in 2017-18. We are cautiously optimistic about this trend carrying on in 2018-19. In any industry when there is no growth in  volume, there is a growth in value. Premiumization  is a definite trend not just now but for the last 3-4  years. There is a creamy upper layer that has  formed in both mild and strong beer segments. Even  in the years when the industry was flat, this segment was growing in  strong double digits. Today it has only intensified."

Besides the higher growth, the thrust towards super premium beers could also be due to the fading magic of the firm's bread and butter Kingfisher brand.  Data from market researcher Euromonitor suggests the country's largest beer lost 4.3% market share by volume between 2011 and 2016, the steepest decline among the top beer brands in India during this time. This decline was capitalised by Danish beer maker Carlsberg and world's largest alcohol maker Anheuser-Busch InBev NV. Carlsberg's Tuborg brand is now India's second-largest beer by volume with 11.1% market  share, a near five-fold jump since 2011 while its flagship beer Carlsberg has also doubled its share to 5.8% since 2011. Similarly Anheuser-Busch InBev has rapidly gained market share not only through its main beer brand Budweiser but also the acquisition of brands like Fosters and Haywards that belonged to SABMiller Plc.

Further, the entry of new found brands with craft beer origins like Bira91 and White Rhino has only added to the competitive intensity. Beyond the push towards super premium beers, UBL has also expanded its bouquet of imported beer brands. At the same time, not to be caught flat footed, it has even promised a craft beer brand by the end of this year.

"Bira has done a good job on marketing, being in the conversations and increasing salience in some section of the audience," Shekhawat concedes but adds there is nothing to talk about the Delhi based firm from a financial stand point.

"Every kind of consumer should have a beverage from our portfolio. We realised a gap where we did not have an international super premium strong beer. That is where Amstel comes in," he says. "There is a consumer who will drink only craft beer and currently there is nothing in my portfolio that I can offer. Therefore our entry into that is inevitable. The mindset and scale is very different but because it is a gap in our portfolio, howsoever small that maybe, we need to fill it."

BHEL in talks to set up lithium-ion battery factory