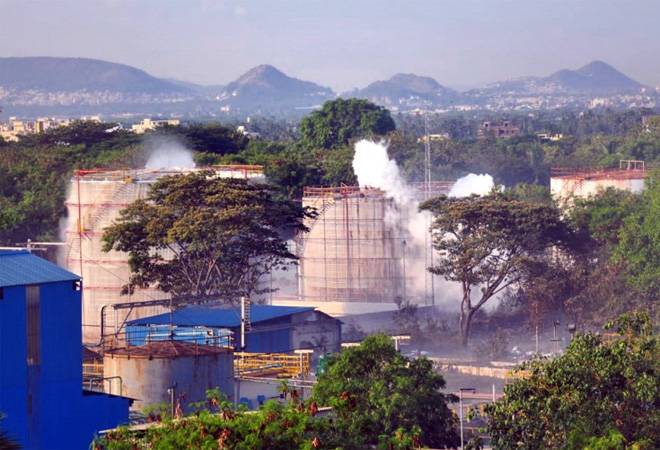 LG Polymers, the Indian arm of South Korea's LG Chemical, has been accused of gross negligence for the unfortunate gas leak disaster from its chemical plant in Andhra Pradesh's Visakhapatnam that killed 12 people and injured over 800 people. In a report on the cause of the accident, the Joint Monitoring Committee (JMC) constituted by the National Green Tribunal (NGT) said that "clear cut negligence" and "gross human failure" on the part of the company- LG Polymers- was responsible for the Vishakhapatnam Styrene gas leak on May 7.

The report filed on May 28 indicates that LG Polymers had not complied with basic safety norms in the Styrene plant. More than 800 tonnes of Styrene has escaped from the plant- a gas which is hazardous and can cause breathing difficulties, respiratory illness, and skin irritation.

Besides, the joint monitoring committee, headed by former Andhra Pradesh High court Justice B Sheshasayana Reddy, also called for a Pan India audit of factory safety inspectors and safety standards, "in light of many accidents reported due to failure of safety measures and lack of training."

According to the report, ambient air in urban areas generally contains between 0.29-3.8 microgram/cubic metre of styrene. The chemical odour of styrene can be smelled at 0.32 PPM in the ambient air.

The concentration of Styrene in the air at the village of Venkatapuram, which is about 100 meters from the factory, was beyond hazardous levels at 461 ppm on May 7, 374 ppm after over 24 hours on May 8, and remained at 1.5 ppm even on May 10, three days after the disaster. The concentration remained at over 41.2 microgram even till 14 May, and reduced to below 16.7 microgram by 16 May according to the sampling done by the NEERI team.

Styrene is a chemical used to manufacture polystyrene, and is a highly reactive chemical, that needs to be stored at less than 18 degree Celsius to ensure that it does not polymerise. The process of polymerisation where monomers of styrene combine with each other to form larger chains is exothermic - i.e. the process generates heat. As temperature increases, the rate of polymerisation too increases. Unless this is contained by slowing down or arresting the polymerisation, the process can go out of control leading to dangerous increases in temperature and pressure.

According to the NGT committee report, several key lapses were found that led to the disaster---

Even as basic safety protocols were not followed, the response of the officers and workers present at the factory to the gas leak was also slow.

The gas detector alarm was noted by the Control room at 2:54 am, and efforts were made at 3:03 am by the night duty officer to reach the fire hydrant sprinkler valves. The sprinklers could not be activated as they were within the hazardous vapour zone.

It was only at 4:30 am, more than 1.5 hours after the gas leak was detected, that personnel wearing safety SCABA equipment were able to start the sprinkler system. The pumping of emergency chemicals to stabilize the tank, started at about 5:15 am, by which over 800 tonnes of gas had already leaked.

The report has also flagged several lapses by the government and local administration in the tragedy, in addition to the failure of the factory inspectors to ensure that basic safety protocols were put in place at the factory.

"With the experience world over of Styrene, it takes a considerable amount of idle time to have polymerization inside the tank if effective inhibition and chilling is maintained. The unit failed to assess the situation due to lack of handling experience by trained manpower" says the report, which has recommended criminal prosecution of the LG Polymers company management.

The affidavit filed by the Ministry of Environment and forests (MoEF) on May 29 has also shown a serious lapse on part of the monitoring agencies - the status report filed before NGT by the Central government indicates that the LG Polymers factory did not have proper Environmental clearance or approvals from the Environmental impact assessment authorities.

According to the affidavit, the factory is a category A project, which should have been considered at the central level for approvals. The MoEF affidavit says that the company applied for EC in 2018 to the state environmental impact assessment authority, but no communication has been sent to the Central government till now, even though the Consent to operate for the Unit was issued by the Andhra Pradesh Pollution Control board, and is set to expire in December 2021.